Kamikawa told a press conference that she will ask her advisory panel to examine the plan to impose a prison term of up to one year or a fine of up to 300,000 yen ($2,725) over insults at its meeting Thursday. 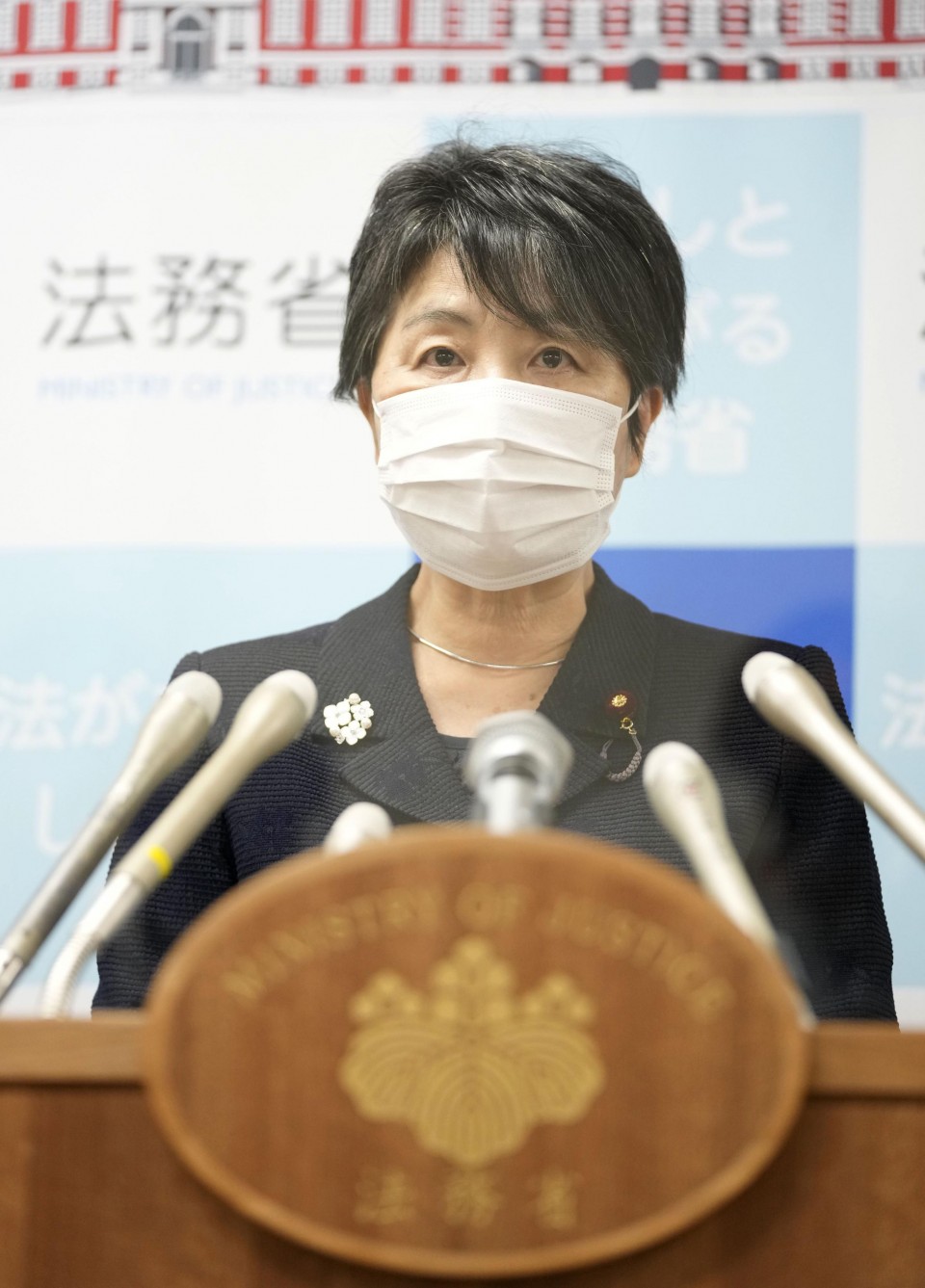 Justice Minister Yoko Kamikawa speaks to the press at the Justice Ministry in Tokyo on Sept. 14, 2021. (Kyodo)

At present, the penalty against insults is detention for less than 30 days or a fine of less than 10,000 yen. The Justice Ministry is also planning to extend the statute of limitations for insults from one year to three years.

"Online insults provoke similar posts one after another, which can lead to irreversible human rights violations," Kamikawa said. "As we see growing criticism against online abuse, we need to designate the act as a crime to be seriously dealt with and curb it."

Recent high-profile cases in Japan involving insults in cyberspace include the death of Hana Kimura, 22, a professional wrestler and cast member of the popular Netflix reality show "Terrace House" in May 2020. She apparently committed suicide after receiving a barrage of hateful messages on social media.

Two men in Osaka and Fukui prefectures were penalized 9,000 yen each for their insults against Kimura, but there were voices of concern that the penalties were too light.

As provisions on insults under the country's Penal Code have not been drastically reviewed since the law was established in 1907, when the grave impact of online abuse was not a consideration, there have been urgent calls to address the matter.

The advisory panel is expected to discuss how to find a delicate balance between freedom of expression and tougher regulations on online abuse.

Following Kimura's death, the parliament in April enacted a law to establish a simpler court procedure that will help victims of cyberbullying in seeking to identify individuals who made defamatory posts online.

Under the legislation, expected to take effect by fall next year, cyberbullying victims will go through only one court proceeding to identify individuals who make hateful posts online, saving them time and costs related to such requests.

At present, people, in general, must go through at least two court proceedings -- one against social media operators and the other against internet service providers to obtain information on their harassers.