The Japanese government plans to relax COVID-19 curbs on travel, large-scale events and serving alcohol around November provided that most of the eligible population is vaccinated by then, sources with knowledge of the plan said Wednesday.

The government is also expected to decide on extending the current COVID-19 state of emergency beyond the Sunday expiration date to Sept. 30 for Tokyo and 18 other prefectures, as hospitals remain under strain, ruling party sources said. 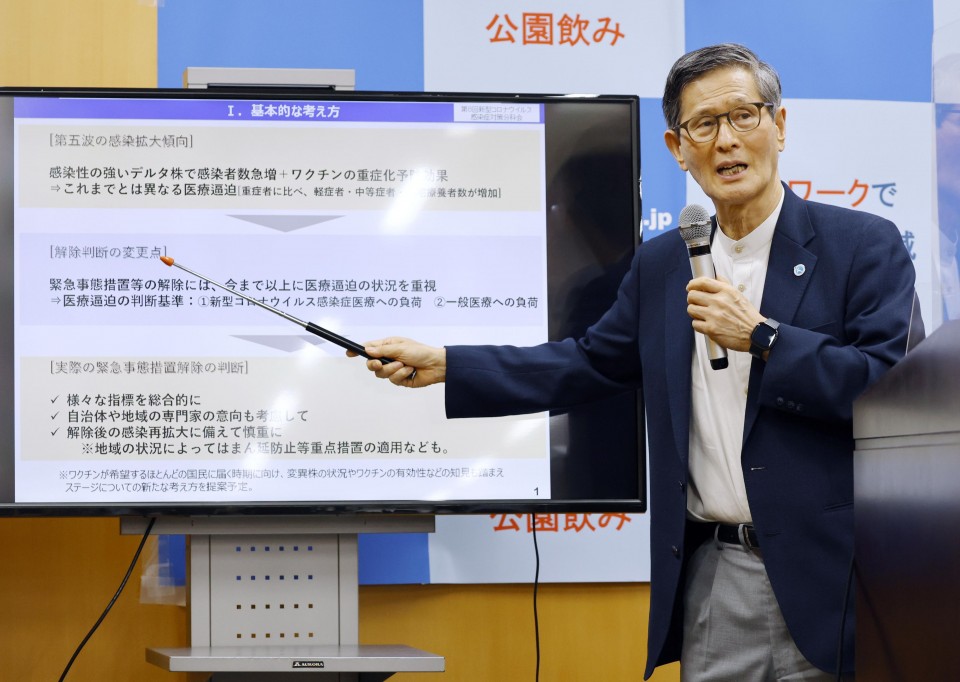 Shigeru Omi, chairman of a government subcommittee on the coronavirus response, speaks at a press conference in Tokyo on Sept. 8, 2021. (Kyodo)

As Japan is still grappling with high numbers of coronavirus cases due to the spread of the highly contagious Delta variant, the emergency declaration currently covers 21 of the country's 47 prefectures.

The easing of restrictions will still take place in areas under a COVID-19 state of emergency if certain conditions, such as vaccination, are met, the knowledgeable sources said, as the government faces growing calls to restart economic activity to help struggling businesses.

The government has judged that if people are either fully vaccinated or can prove that they are negative for the novel coronavirus, the risk of spreading it is low, allowing the existing curbs to be relaxed.

Currently, people have been asked to refrain from traveling across prefectural borders, but such trips are possible if people have completed their vaccine regimen or can show proof of a negative COVID-19 test, the sources with knowledge of the plan said.

The government is also planning to ease the current 5,000-spectator limit on large events if the same conditions are met.

Dining establishments that adhere to proper anti-virus measures will be allowed to serve alcohol, while groups larger than four can dine together.

The government is expected to decide on easing COVID-19 restrictions and extending the state of emergency on Thursday. 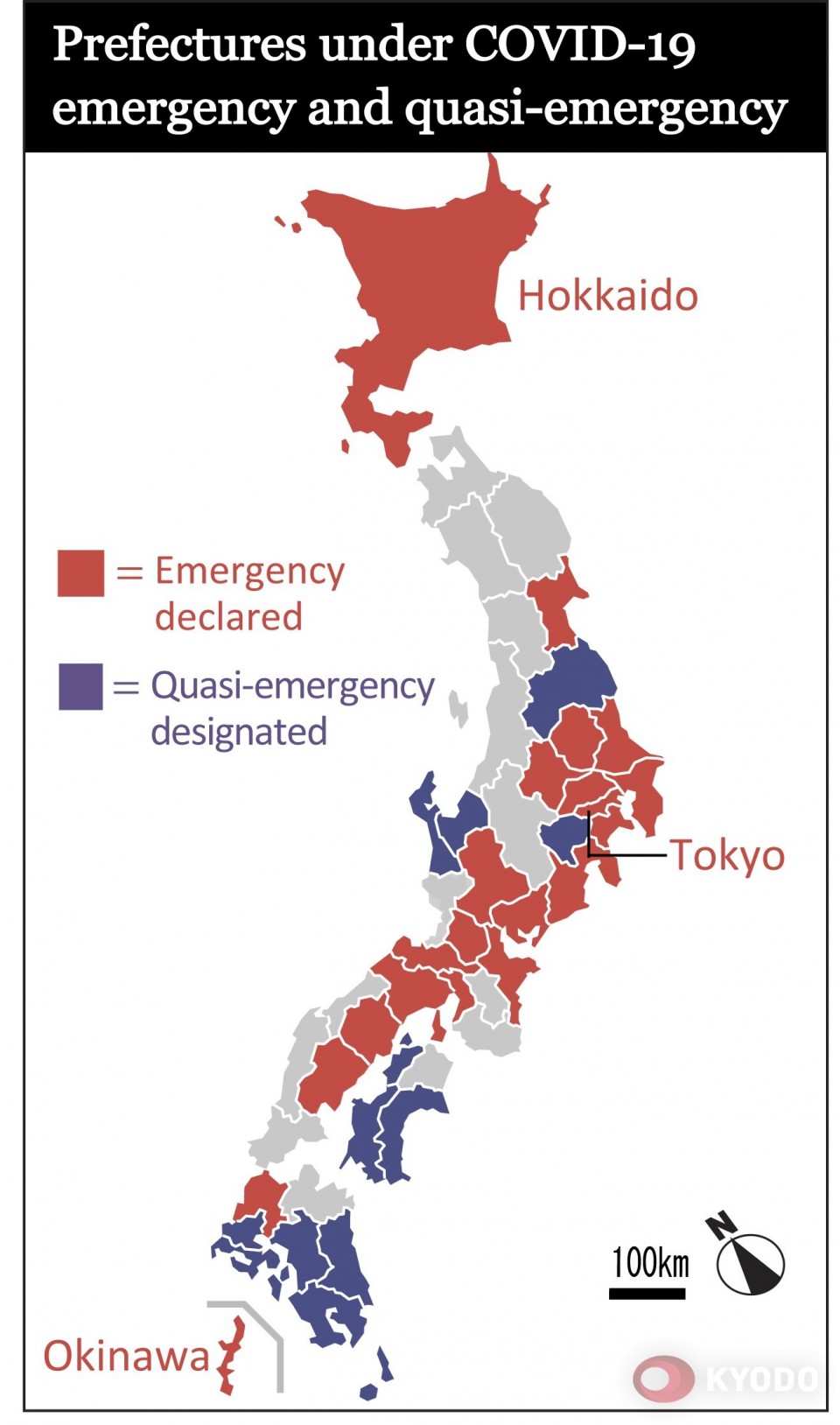 Some medical experts have voiced concerns that it is premature to allow people to return to their normal lives as Japan has yet to contain the spread of the virus.

"We look carefully at the current state of the medical system and make a decision" on the state of emergency, Prime Minister Yoshihide Suga told reporters at his office.

The extension means that the ruling Liberal Democratic Party's election on Sept. 29 to pick its president, and thus the next prime minister, will be held while much of the country is still under a COVID-19 state of emergency as Suga is not seeking re-election.

The premier, who succeeded his predecessor Shinzo Abe a year earlier, has prioritized combating COVID-19, even as the pandemic has whacked his Cabinet's approval rating for its slow response, prompting him to not seek another term as LDP president beyond Sept. 30.

Japan's state of emergency is different from hard lockdown measures taken in some countries and relies on voluntary cooperation from the public.

The government and ruling party sources said 19 will remain under the emergency declaration, as Miyagi and Okayama are set to be removed and downgraded to a quasi-state of emergency, allowing governors to place specific cities under restrictions rather than the entire prefecture.

The remaining 19 include Tokyo's neighbors -- Chiba, Kanagawa and Saitama -- along with Osaka, Kyoto and Fukuoka.

Under the measure, people are being urged to avoid crowded areas and restaurants told to stop serving alcohol and close by 8 p.m., though the requests are largely voluntary and compliance has slipped as many grow tired of living under the restrictions.

A panel of experts advising the government on its COVID-19 response said Wednesday the state of emergency should only be lifted if hospital bed occupancy rates fall below 50 percent and patients with severe to moderate symptoms are on a downward trend.

Daily new infections should also be in steady decline for about two weeks, and the number of patients convalescing at home or waiting to be admitted to hospital should have fallen to around 60 people per 100,000 in metropolitan areas before lifting the COVID-19 emergency, the panel said.

Tokyo has been under its fourth state of emergency since July 12, and the Olympics and Paralympics were hosted with almost no spectators at venues as the number of infections surged to record highs amid the spread of the Delta variant.

Suga is stepping down after just a year in office amid criticism over his handling of the pandemic, with his public support in tatters and LDP lawmakers questioning his leadership heading into a general election this fall.

Japan eyes use of vaccine passports for commercial activities