Naomi Osaka said she is taking another break from tennis after a shock U.S. Open loss to 18-year-old Canadian Leylah Fernandez in the women's singles third round held Friday night.

The defending champion slammed her racket on the court several times, screamed after missing a shot and was visibly frustrated in her 5-7, 7-6(2), 6-4 loss to the world No. 73 at Arthur Ashe Stadium. 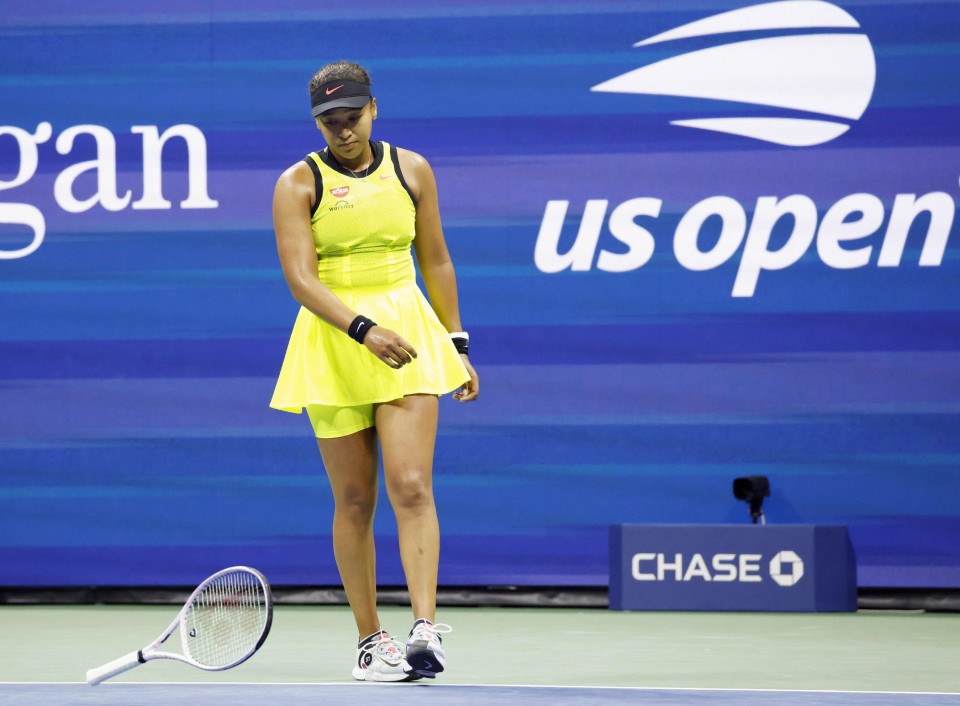 Naomi Osaka throws her tennis racket during a match against Leylah Fernandez in the women's singles third round of the U.S. Open on Sept. 3, 2021, at Arthur Ashe Stadium in New York. (UPI/Kyodo)

Early in the third set, Osaka smacked the ball into the stands and received a code violation for ball abuse.

"Basically, I feel like I'm kind of at this point where I'm trying to figure out what I want to do, and I honestly don't know when I'm going to play my next tennis match. I think I'm going to take a break from playing for a while," Osaka said, wiping away tears in her post-match press conference.

"I feel like for me, recently, when I win, I don't feel happy, I feel more like a relief. And then when I lose, I feel very sad. I don't think that's normal."

The New York crowd cheered on the Canadian youngster despite Osaka being a popular two-time U.S. Open champion, and she responded by fighting hard to stop what could have been a straight-sets victory for the Japanese.

But the 23-year-old world No. 3 could not capitalize when she was serving for the match in the second as Fernandez broke back before dominating the tie-breaker 7-2.

Osaka returned to competition at the Tokyo Olympics in July following a mental health break. Osaka, who lit the Olympic cauldron during the opening ceremony, lost in the third round of the Olympic tennis tournament.

She was born in Japan but raised in the United States.

Osaka got a walkover in the second round of the U.S. Open after her Serbian opponent, Olga Danilovic, withdrew due to medical reasons.

Fans returned to the U.S. Open this year after being shut out in 2020 because of the coronavirus pandemic, but ticket holders 12 years old or older are required to show proof of vaccination.

FOCUS: Osaka back to defend U.S. Open title after year of protest, privacy