Ohtani also became the first player since 2012 in either league to receive the title twice in a row. Among former Japanese players, Ichiro Suzuki and Hideki Matsui took the monthly honor once each during their time in the majors, while Hideo Nomo and Hideki Irabu were each named Pitcher of the Month twice during the 1990s. 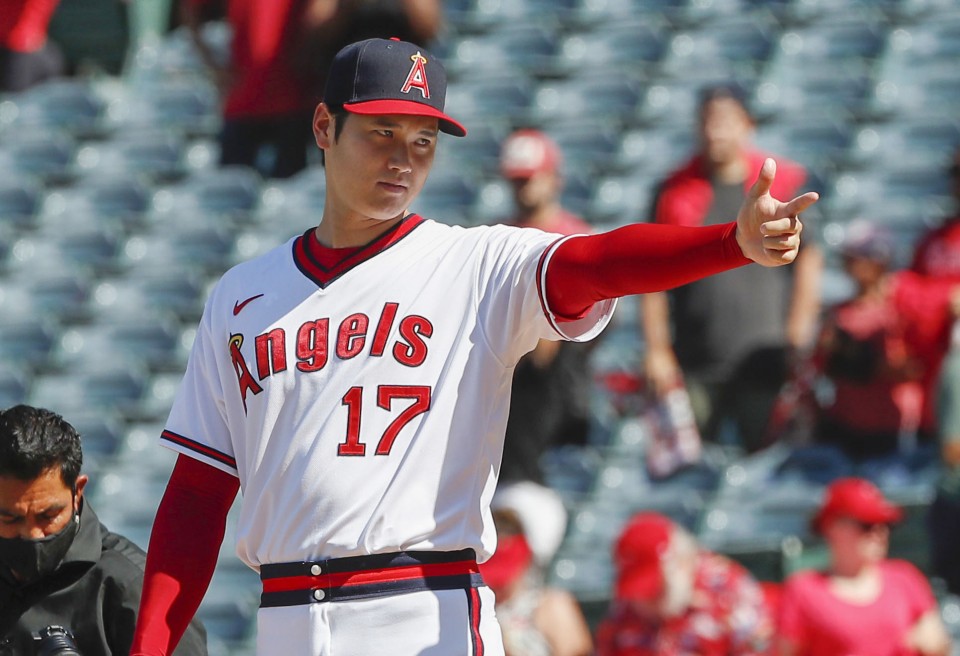 Shohei Ohtani celebrates after the Los Angeles Angels' 1-0 win over the Oakland Athletics on July 31, 2021, at Angel Stadium in Anaheim, California. (Kyodo) ==Kyodo

Ohtani, whose play during the month of June earned him the award for the first time in his four-year U.S. professional career, kept up his stellar performance in July, batting .282 with nine homers, 19 RBIs and four stolen bases over 23 games.

The 27-year-old currently leads the majors with 37 home runs. He is the first player ever to reach the mark along with 15 stolen bases by the end of July, according to MLB.

During the month of July, Ohtani also made three starts on the mound, chalking up two wins with an ERA of just 1.35 for the period. Separately, he was named the winning pitcher at the All-Star Game in Denver, where he became the first player ever selected at two positions -- pitcher and designated hitter -- in the same game.

Cincinnati Reds infielder Joey Votto picked up the National League honor, hitting .319 with 30 hits including 11 home runs during the month. 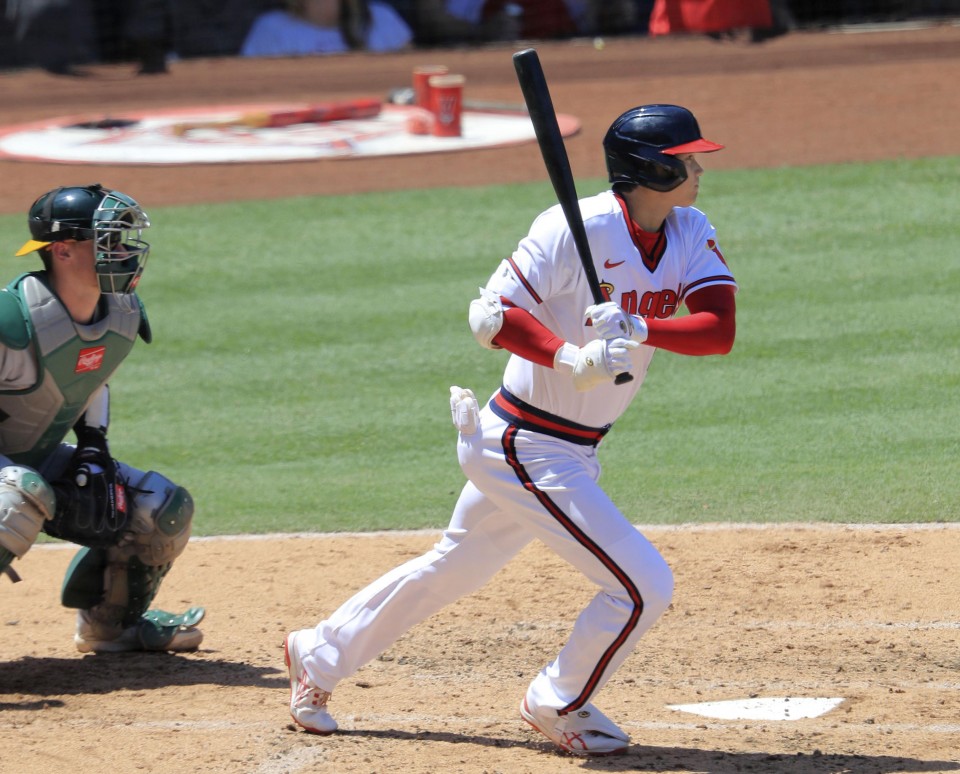 Shohei Ohtani of the Los Angeles Angels hits an RBI double in the third inning against the Oakland Athletics on July 31, 2021, at Angel Stadium in Anaheim, California. (Kyodo) ==Kyodo