U.S. President Joe Biden on Friday pledged to continue efforts to evacuate Americans and others from the Taliban-controlled Afghanistan, while calling it one of the most difficult missions of its kind in history.

Speaking at the White House, Biden stressed that the United States has gotten around 13,000 people out of the war-torn country since the evacuation operation started on Aug. 14. 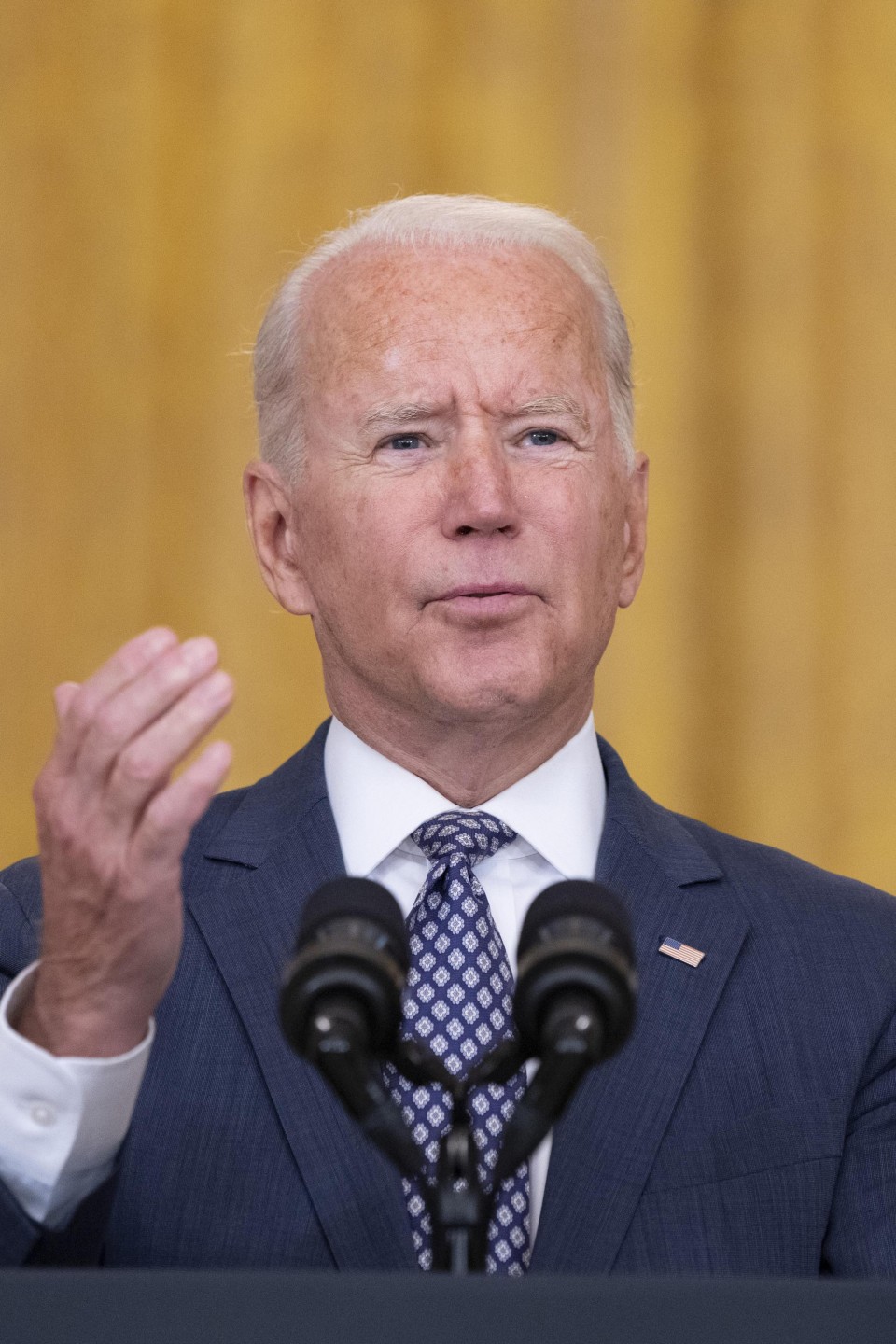 U.S. President Joe Biden delivers remarks on the evacuation of American citizens and vulnerable Afghans, in the East Room of the White House in Washington on August 20, 2021. (UPI/Kyodo)

"This is one of the largest, most difficult airlifts in history," he said. "And the only country in the world capable of projecting this much power on the far side of the world with this degree of precision is the United States of America."

Biden has been under fire over a chaotic withdrawal of American troops from Afghanistan amid the Taliban's recent takeover of the country.

Asked if U.S. allies question Washington's leadership of the mission in Afghanistan after a surprisingly quick fall of the government led by President Ashraf Ghani, Biden said, "I have seen no question of our credibility from our allies around the world."

He also indicated that the United States will impose strict conditions such as respect for women's rights if it chooses to recognize a Taliban-led government as legitimate.

While vowing to ensure safe evacuation of all Americans, partners and Afghans who are associated with U.S. missions in the country, the president declined to say how many people the United States plans to transfer from Afghanistan.

Biden said the United States is focusing on the safe evacuation of Americans and Afghan allies for the time being. But he emphasized that he will complete the withdrawal of U.S. forces from the country as he indicated earlier.

"And when this is finished, we will complete our military withdrawal and finally bring to an end 20 years of American military action in Afghanistan," he said.

The United States has said it will pull its forces from Afghanistan by the end of August.

As fears grow over the upcoming Taliban rule, especially concerning the treatment of women and political opponents, Biden said, "The United States stands by its commitment that we've made to these people, and it includes other vulnerable Afghans, such as women leaders and journalists."