Japan's Kyogo Furuhashi scored for Celtic as they came through their Europa League playoffs by beating AZ Alkmaar 3-2 on aggregate, despite losing 2-1 in Thursday's second leg in the Netherlands.

Tokyo Olympian Koji Miyoshi also scored as Antwerp beat Cyprus side Omonoia 2-0 in the second leg at home to make it 4-4 on aggregate before Antwerp prevailed in the penalty shootout 3-2.

After scoring and setting up another during last week's first leg at Celtic Park, Furuhashi netted just three minutes in at AZ Stadion. The new Celtic forward steered home a pass across the face of goal from Liel Abada on a counter. 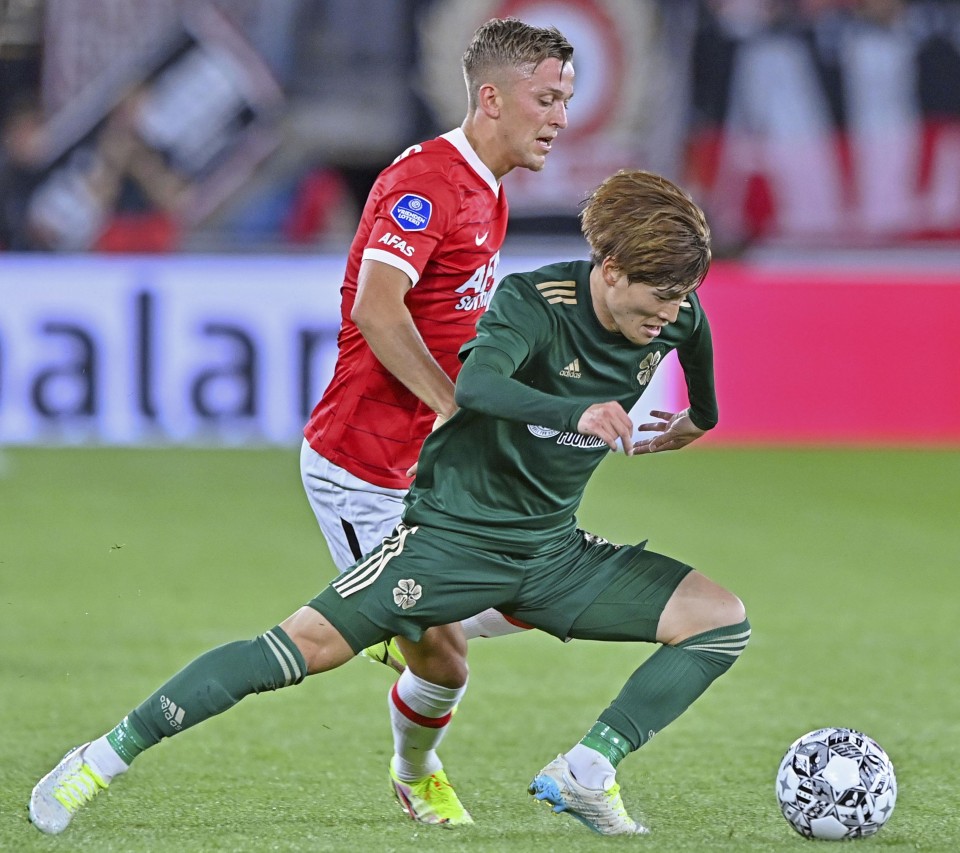 Celtic's Kyogo Furuhashi (R) vies for the ball during a Europe League playoff match against AZ Alkmaar on Aug. 26, 2021, at AZ Stadion. (For editorial use only)(Kyodo)

AZ leveled three minutes later through Zakaria Aboukhlal after an error from keeper Joe Hart and went ahead after Japanese right-back Yukinari Sugawara sent in a cross that was sliced into his own net by Celtic defender Carl Starfelt in the 26th minute.

But the Scottish side held onto the aggregate lead, with Furuhashi improving to seven goals in eight games since joining from Vissel Kobe this summer.

Antwerp's Miyoshi, who scored a fine solo goal during a 4-2 defeat in the first leg, chipped the keeper for the opener in the 28th minute and Pieter Gerkens' 84th-minute strike leveled the tie with no goals scored in extra time. Miyoshi scored in the shootout.

Football: Kyogo Furuhashi on target for Celtic in cup win over Hearts