A number of Japanese beverage vendors have recently moved to abandon the use of plastic bottles, replacing them with aluminum cans in a bid to combat marine plastic pollution, wreaking havoc with the ecosystem.

All 12 teas and soft drinks sold by Ryohin Keikaku Co., operator of retail brand Muji, have been provided in aluminum cans since April after data showed the rate of "horizontal recycling," which allows for the reuse of materials in a comparable function, was substantially higher for such cans compared to plastic bottles. 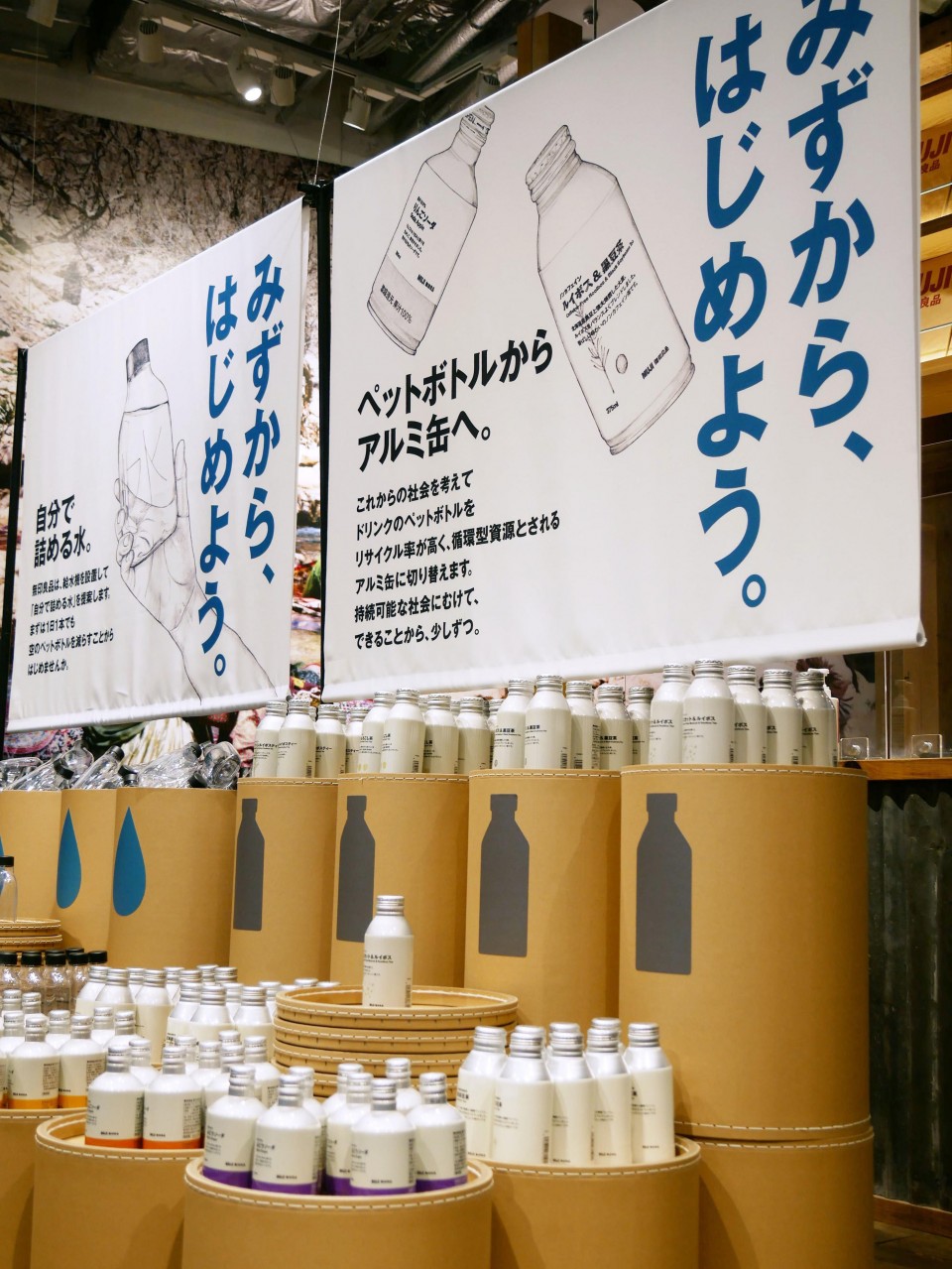 The rate of horizontal recycling for aluminum cans stands at 71.0 percent compared to 24.3 percent for plastic bottles, according to the Japan Aluminium Association and the Council for PET Bottle Recycling.

In the case of plastic bottles, as the material weakens over multiple bouts of recycling, they often end up being reshaped into plastic trays for food.

Meanwhile, aluminum cans can better prevent their contents from deteriorating as their opacity keeps light from damaging them. Ryohin Keikaku introduced those cans also to cut down on wasted drinks.

By switching to aluminum cans, expiry dates for soft drinks were extended 90 days to 270 days, according to the retailer. The packages were newly designed to include illustrations and different colors to indicate the contents of the drinks, which are visible in transparent plastic bottles.

Other companies have also swapped bottles for cans, with Dydo Group Holdings Inc. replacing containers for a total of six items, including coffees and sports drinks, earlier this year.

Dydo, which operates vending machines, made the change to promote a recycling-oriented society following requests from companies that host the machines.

The move toward efficient recycling has also been gaining traction abroad. Mineral water was supplied in aluminum cans at the Group of Seven summit in June in Britain, while consumer goods giant Unilever Plc said in April, it would begin selling shampoo in aluminum bottles in the United States.

From July, the group began spreading information about aluminum cans via its social networking site and plans to hold an art contest using such cans later this year to raise awareness.