Mongolian Terunofuji found himself among the ranks of sumo's historic elite as the ancient sport's 73rd yokozuna on Monday when the Japan Sumo Association rankings for September's Autumn Grand Sumo Tournament were published.

The 29-year-old's remarkable journey will enter its newest phase on Sept. 12, when the 15-day grand tournament gets under way at Tokyo's Ryogoku Kokugikan. Terunofuji will become the sport's sixth oldest "new" yokozuna, and just the second to ascend to the rank after having once been demoted from the second-highest rank of ozeki. 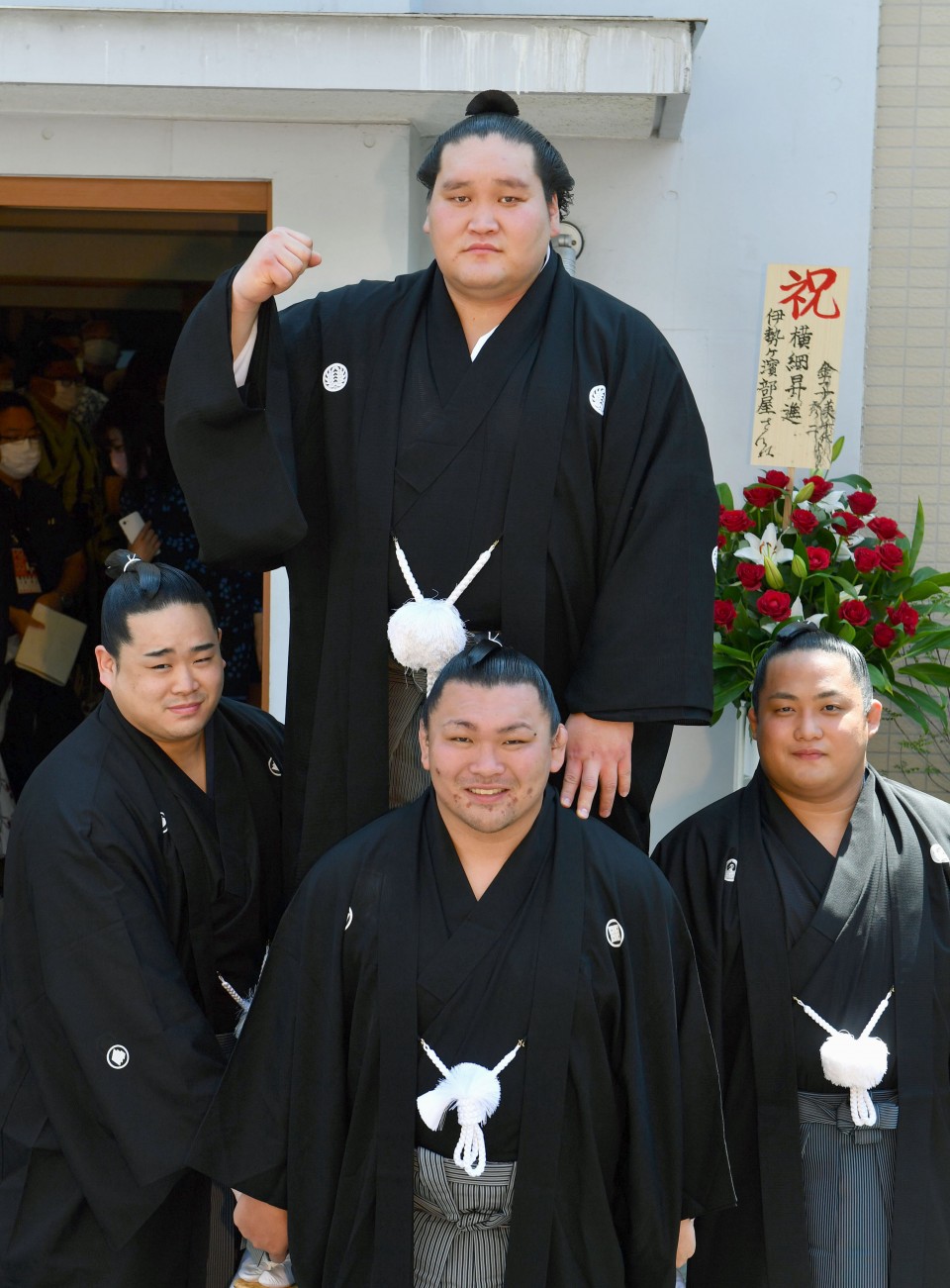 Terunofuji, an ozeki wrestler from July 2015 to November 2017, saw injuries and illness nearly wreck his career. Surgeries on both knees prevented him from competing for four consecutive grand tournaments, forcing him to begin his comeback from sumo's second-lowest division, jonidan, in March 2019.

Since battling his way back to the elite makuuchi division in July 2020, Terunofuji has won three of seven tournaments and twice finished runner-up.

He was denied his fifth career championship in July by yokozuna Hakuho, who beat him on the final day to win the Nagoya tourney with a perfect 15-0 record. Hakuho, also Mongolian born, sits atop the rankings for September in the more prestigious east slot with Terunofuji on the west.

The 36-year-old Hakuho, who sat out the May tourney after having knee surgery in March, needed a solid result in July to avoid retirement. Now he is in position to extend his record for career championships to 46.

Shodai leads the two-man ozeki rank on the east side after going 8-7 in July, while Takakeisho is his partner on the west. Because he was hobbled by injury and only won one bout in July, Takakeisho will wrestle in September as a "kadoban" ozeki for the fourth time, meaning he will need eight wins to avoid relegation to sekiwake.

September sees three wrestlers at the sport's third-highest rank. Mitakeumi leads the pack on the east, with debutant sekiwake Meisei on the west. The third sekiwake is former ozeki Asanoyama, who remains suspended for violating coronavirus protocols.

The previous ozeki to lose his spot at the sport's penultimate rank, Takayasu, was demoted from sekiwake to komusubi. He entered July having won 10 bouts in each of his previous two tournaments, making re-promotion to ozeki this year a possibility. But those chances crashed in July when he missed two bouts with lower back trouble, and finished with only seven wins.

The west komusubi slot goes to Mongolian Ichinojo, who returns to the three "sanyaku" ranks below yokozuna for the first time since May 2019.

At the lower end of the division, Yutakayama returns as a No. 14 maegashira wrestler after two tournaments in the second-tier juryo division.