Torrential rain continued in wide areas of Japan on Saturday, causing flooding in Kyushu and elsewhere, with a hospital finding itself isolated in Saga Prefecture.

Patients at Juntendo Hospital evacuated to the second floor and higher after overflown water from the nearby Rokkaku River breached the facility, the prefectural government said. 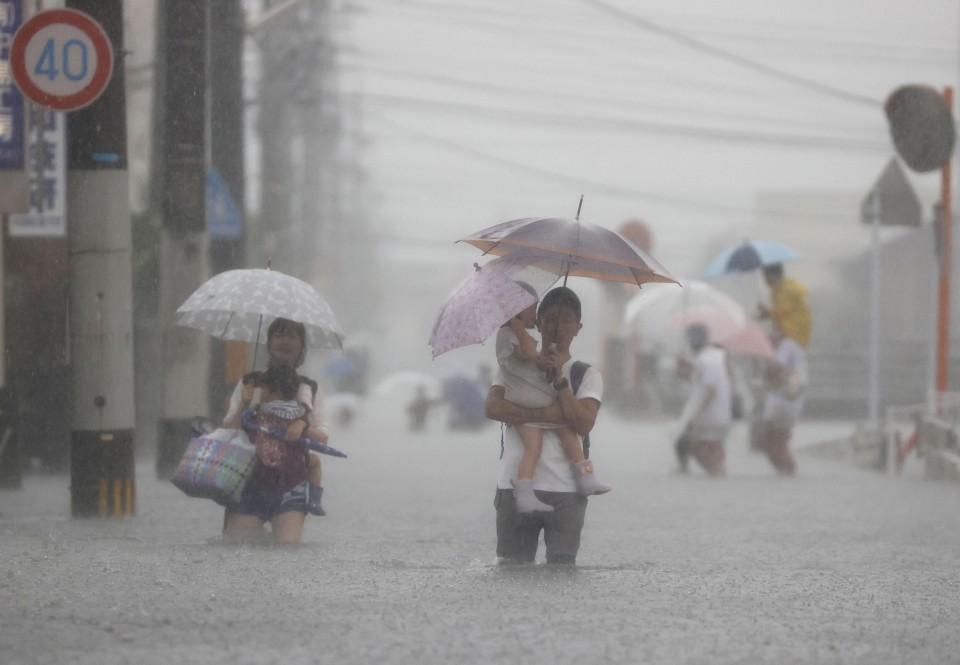 Earlier in the day, the weather agency issued emergency heavy rain warnings in Hiroshima Prefecture in western Japan as well as the prefectures of Fukuoka, Saga and Nagasaki in northern Kyushu.

Local authorities issued the highest alert level to about 1.42 million people from some 650,000 households in the four prefectures, calling on them to take steps to ensure their safety, the Fire and Disaster Management Agency said.

The stationary front that has brought downpours to western Japan since Wednesday is expected to stay parked over an area near the main island of Honshu for another week, according to the Japan Meteorological Agency.

The land ministry confirmed 14 rivers have flooded in seven prefectures. Among affected areas is Takeo, a hot spring town in Saga Prefecture. The disaster could further hurt local tourism, which has already been affected by the coronavirus pandemic.

While admitting that some reservations have already been canceled due to the rain, Hideyuki Sakai, an employee at a local inn, said, "I hope the damage will not spread." 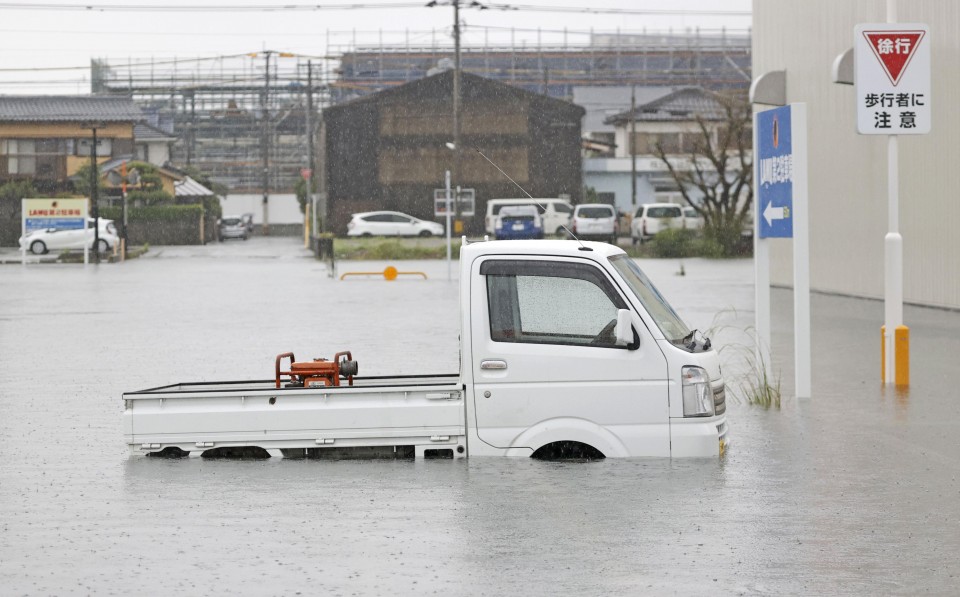 A vehicle is submerged in water in Kurume, Fukuoka Prefecture on Aug. 14, 2021 as torrential rain continues in wide areas of Japan. (Kyodo)

Meanwhile, the city government of Unzen, Nagasaki Prefecture, identified a body found in a rain-triggered mudslide Friday as that of Fumiyo Mori, 59.

The two others missing were identified as her husband Yasuhiro, 67, and their daughter Yuko, 32.

In neighboring Kumamoto Prefecture, police searched for a 76-year-old man who is believed to have fallen into a flooded river.

Disaster minister Yasufumi Tanahashi called upon residents in the affected areas "to take action to save their lives without hesitation if they feel even a slight threat."

Speaking at a press conference, a weather agency official said emergency heavy rain warnings could be reissued in the coming days in some areas in western and eastern Japan.

In the 24 hours through Sunday evening, up to 300 millimeters of rainfall is forecast in the central Japan region of Tokai, up to 250 mm in the Kanto-Koshin region centered on Tokyo, and up to 200 mm across wider areas including Shikoku, Chugoku and Kinki in western Japan, and northern Kyushu.

Additionally, up to 180 mm is expected in southern Kyushu and up to 100 mm in Hokuriku and Tohoku regions. 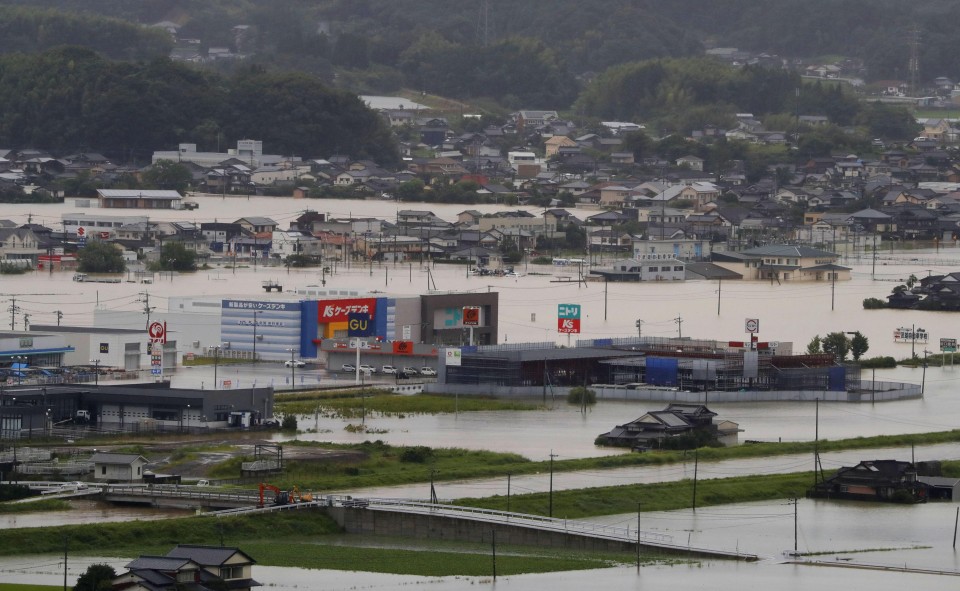 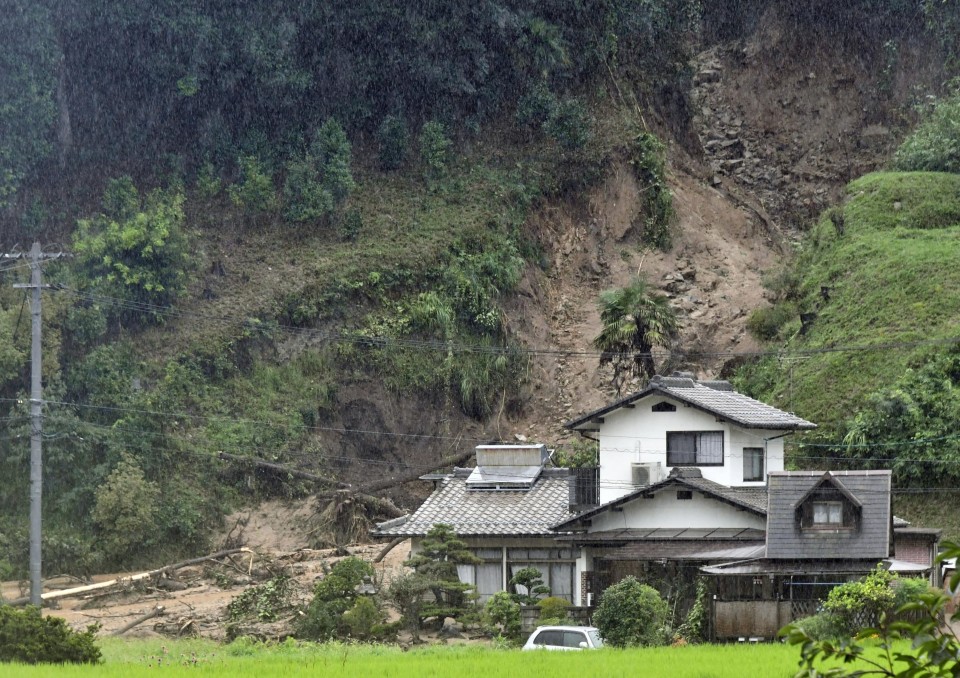 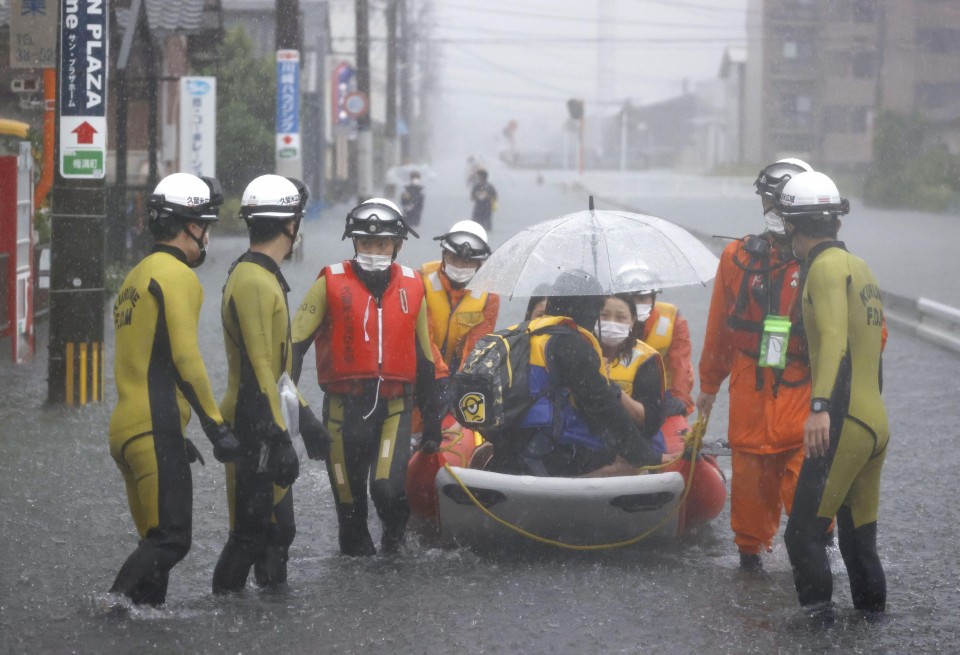