Japanese boxer Ryomei Tanaka won the bronze medal in the men's 48 to 52-kg flyweight category at the Tokyo Games on Thursday.

The 27-year-old Tanaka took the bronze after losing to Carlo Paalam of the Philippines in a unanimous decision in the semifinals at Kokugikan Arena.

"I feel great," said Tanaka. "I was able to give it my best shot thanks to all the support I've had. I have nothing but gratitude." 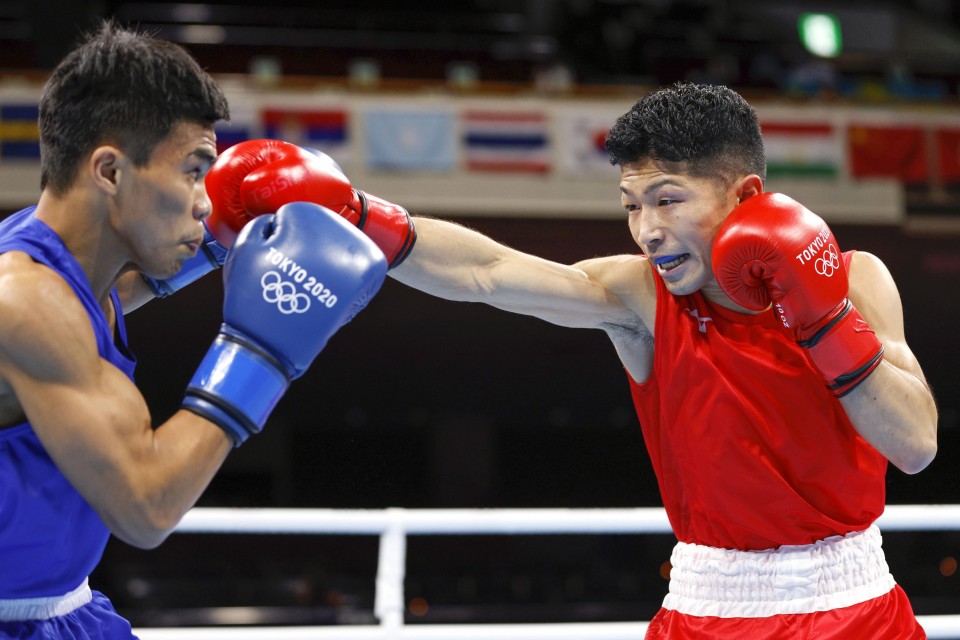 Ryomei Tanaka (red) of Japan and Carlo Paalam of the Philippines compete in the men's 48 to 52-kg flyweight semifinals at the Tokyo Olympics on Aug. 5, 2021, at Kokugikan Arena. (Kyodo)

"It's because of the Olympics that I feel so fantastic. I was determined not to hold back at these games. I may have lost the bout but I won the battle with myself."

Paalam will take on Britain's Galal Yafai in the gold medal bout on Saturday. Yafai defeated Saken Bibossinov of Kazakhstan in a split decision in the other semi.

"I was up against a very tough opponent who was in his home town," Paalam said of Tanaka. "It was not an easy fight but the instructions I got from my coaches were important. They have always believed in me."

Tanaka is the first Japanese man to win an Olympic flyweight medal since Kiyoshi Tanabe took bronze at the 1960 Rome Games.

Japan has won three boxing medals at the Tokyo Games, its most at a single Olympics.