The Afghanistan flag was carried by a volunteer at Tuesday's opening ceremony of the Tokyo Paralympics with athletes from the country unable to take part due to the situation in their homeland.

The International Paralympic Committee had hoped that a representative of the Office of the U.N. High Commissioner for Refugees would carry the flag into the National Stadium during the opening event, a gesture to show "solidarity" with the absent Afghan athletes and others in the Central Asian country. 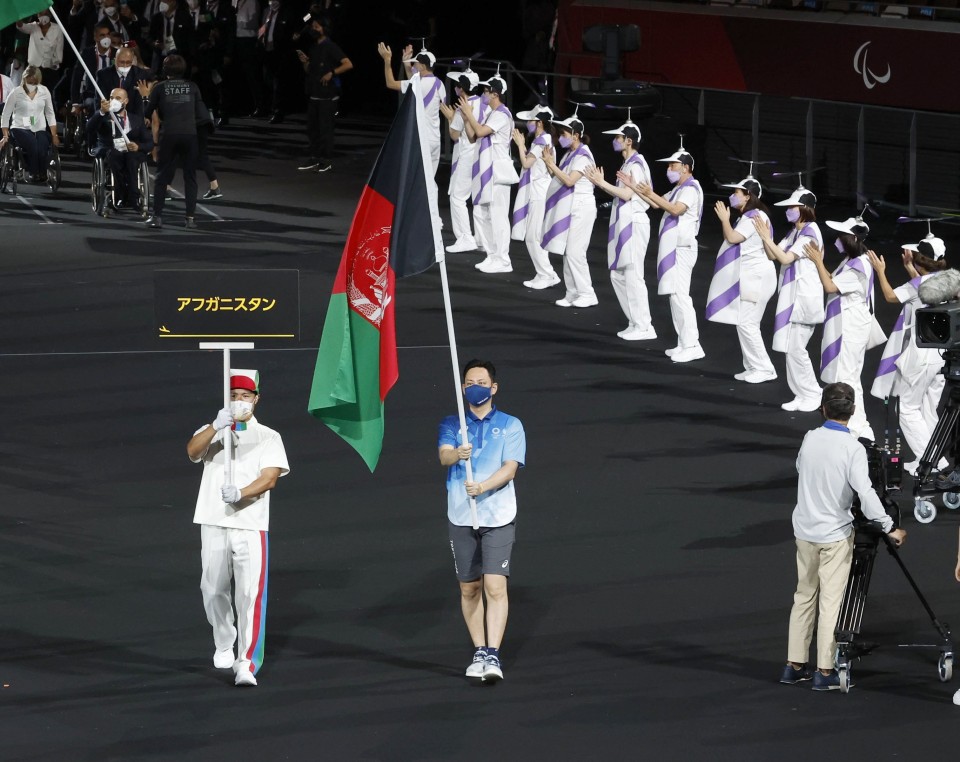 A volunteer carries the Afghanistan flag during the opening ceremony of the Tokyo Paralympics at the National Stadium in Tokyo on Aug. 24, 2021, with Afghan athletes unable to compete after the Taliban seized control of the country. (Kyodo) ==Kyodo

IPC spokesman Craig Spence told a press conference hours before the ceremony that the committee has received a response from the U.N. agency saying it wants a volunteer carry the flag instead, as it is a "neutral organization."

The Afghan athletes are unable to compete after the Taliban regained control of the country earlier this month. The IPC said Thursday there is no safe way to bring the athletes to Japan for the games.

Spence said a record number of 4,403 athletes will take part, adding it is a "remarkable achievement" considering the difficulties posed by the coronavirus pandemic.

The previous record was 4,328 participants at the 2016 Rio de Janeiro Paralympics, he said.

The Tokyo Paralympics opened following a one-year postponement due to the pandemic. 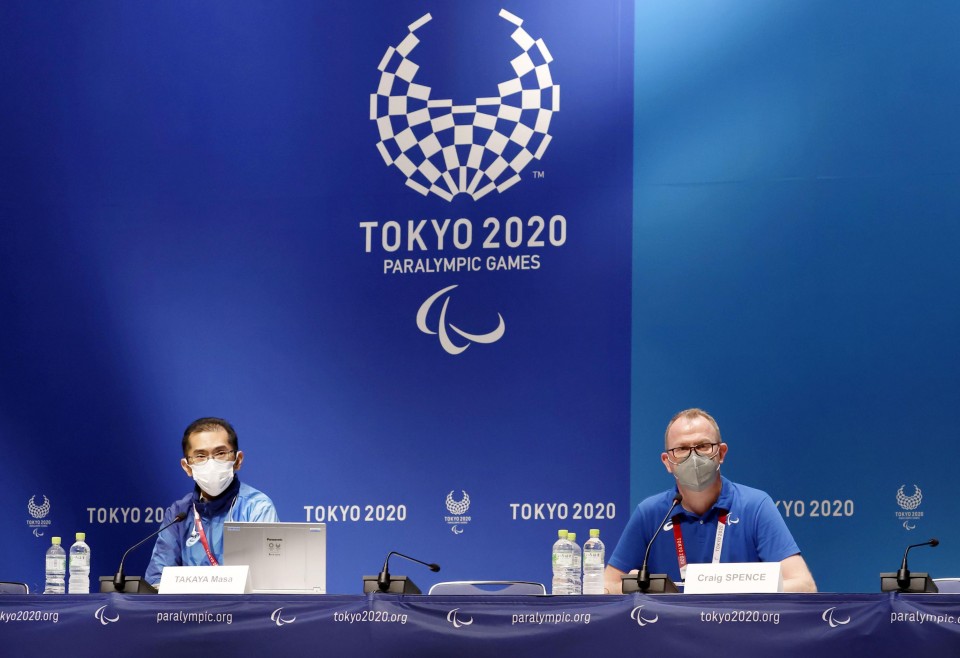