Takaichi made the proposal in an article in the October edition of the magazine Hanada as she expressed her willingness to run in the LDP presidential election set for Sept. 29 in a bid to become the first female prime minister of the country. 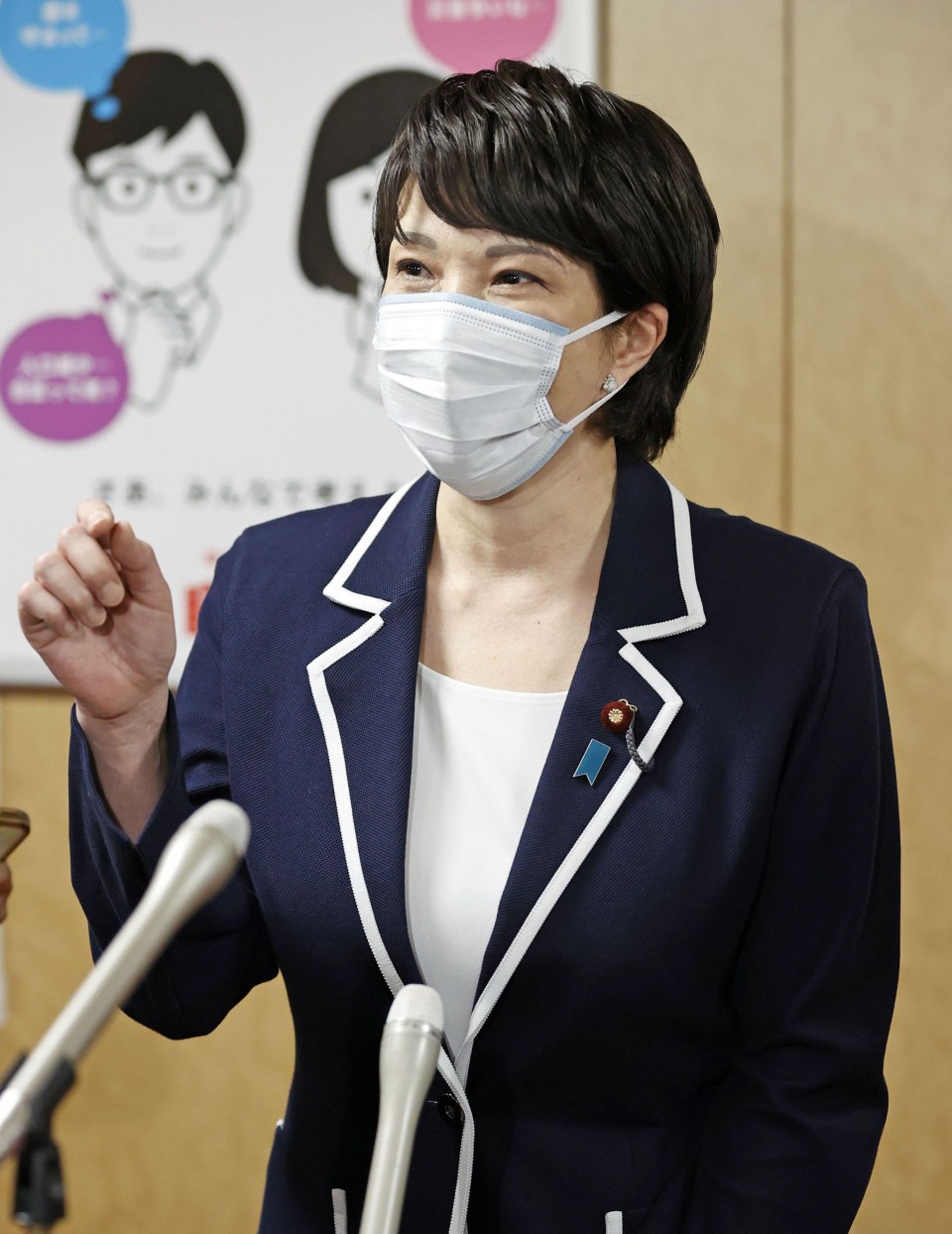 Sanae Takaichi speaks to reporters at the Liberal Democratic Party headquarters in Tokyo on Aug. 26, 2021. (Kyodo)

Takaichi, a 60-year-old conservative lawmaker known for close ties with former Prime Minister Shinzo Abe, suggested making an explicit reference of national defense forces, instead of the Self-Defense Forces, in the Constitution.

The former minister of internal affairs and communications was referring to the LDP's 2012 draft constitutional amendment proposal that called for the possession of "national defense forces."

Article 9 of the Constitution renounces Japan's right to wage war and stipulates that it will not maintain an army, navy, air force or any other military force.

The constitutionality of the SDF has long been debated in political, judicial and academic circles.

As for missile defense, she called for new legislation that will enable Japan to attack enemy bases to temporally nullify their functions.

On economic policy, she pledged to pursue bold fiscal stimulus, placing priority on crisis management and growth investments. To that end, she proposed putting on hold the government's target of bringing its primary balance into the black by fiscal 2025.

Takaichi also called for measures such as creating new legislation to prevent the outflow of key technologies to other countries such as China, citing security risks over the misuse of such technologies.

"We must seriously and swiftly work on strengthening economic security," she said.