The request would exceed the ministry's highest-ever 5.3 trillion yen initial budget for fiscal 2021 started in April and also reflects an increase in the cost to develop cutting-edge technologies, such as unmanned aircraft using artificial intelligence, according to the sources. 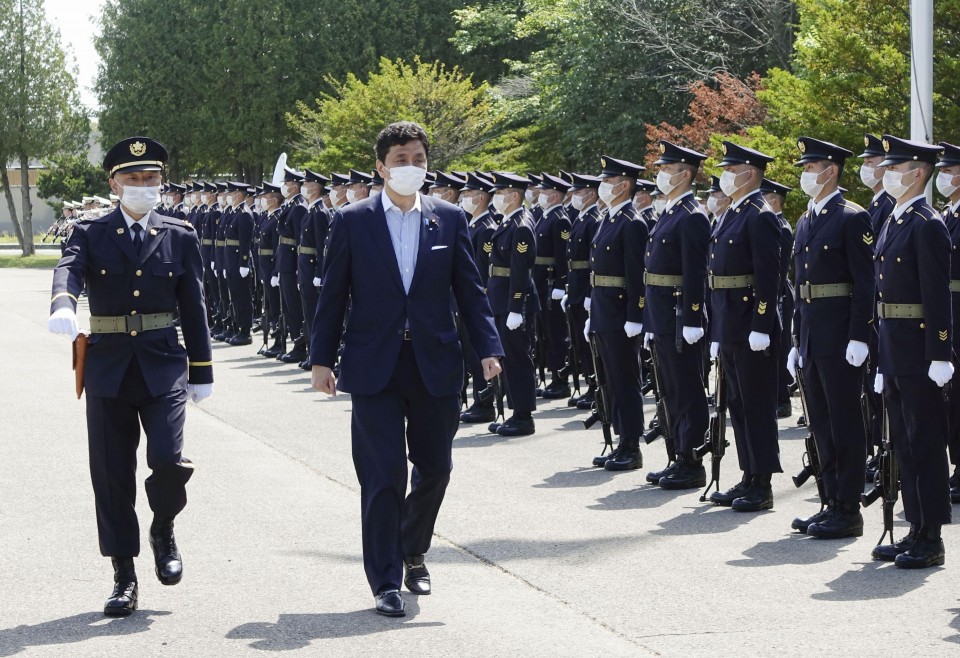 The defense budget could further expand, possibly topping 1 percent of Japan's gross domestic product when it is finalized in December, as the request excludes outlays linked to hosting U.S. military bases. Such outlays total about 200 billion yen every year.

Japan's defense budget has long stayed at around 1 percent of its GDP, in light of the country's postwar pacifist Constitution and since the Cabinet decided in 1976 that the outlays should not exceed 1 percent.

The last time the defense expenditure exceeded 1 percent was in fiscal 2010 when the GDP shrank sharply following the 2008-2009 global financial crisis.

The budget request, which will be made by Aug. 31, will include increased spending on Self-Defense Forces equipment, such as F-35 fighter jets and small and mid-sized transport ships, to help safeguard the nation's Nansei Islands -- a chain of islets stretching southwest toward Taiwan.

The islands include the Japanese-controlled, Beijing-claimed Senkaku Islands, which China calls Diaoyu, in the East China Sea.

The ministry will also seek around 300 billion yen for research and development costs for fiscal 2022, which would be higher than the 211.6 billion yen allocated in the current fiscal year. The expenditure will be used for a system to shoot down drones and other aerial threats with high-powered lasers or microwaves.

The ministry will request funds for improving the radar capabilities of new destroyers to be equipped with the Aegis missile interceptor system, which will be built as an alternative to the scrapped U.S.-made Aegis Ashore land-based missile defense system, as part of efforts to counter missile threats posed by North Korea, the sources said.

But costs to construct the ships will be put off due to uncertainty over how they will be operated and designed, with ship commissioning likely in fiscal 2027 or later, the sources said.

To boost defense spending, the government is planning to move ahead of schedule the revision of its Medium Term Defense Program, which specifies defense costs for five years through fiscal 2023 as roughly 27.47 trillion yen in total, according to the sources.

The potential increase in the defense budget comes amid growing public concerns about Japan's fiscal condition, hit by expenditures to tackle the coronavirus pandemic.

The country's fiscal health is already the worst among major economies, with over 1,200 trillion yen worth of government debt, or well over 200 percent of GDP, as of March.