Harris will stay in Singapore for three days from Sunday for talks with Prime Minister Lee Hsien Loong and others. She will then head to Vietnam for meetings with government officials and civil society representatives, they said. 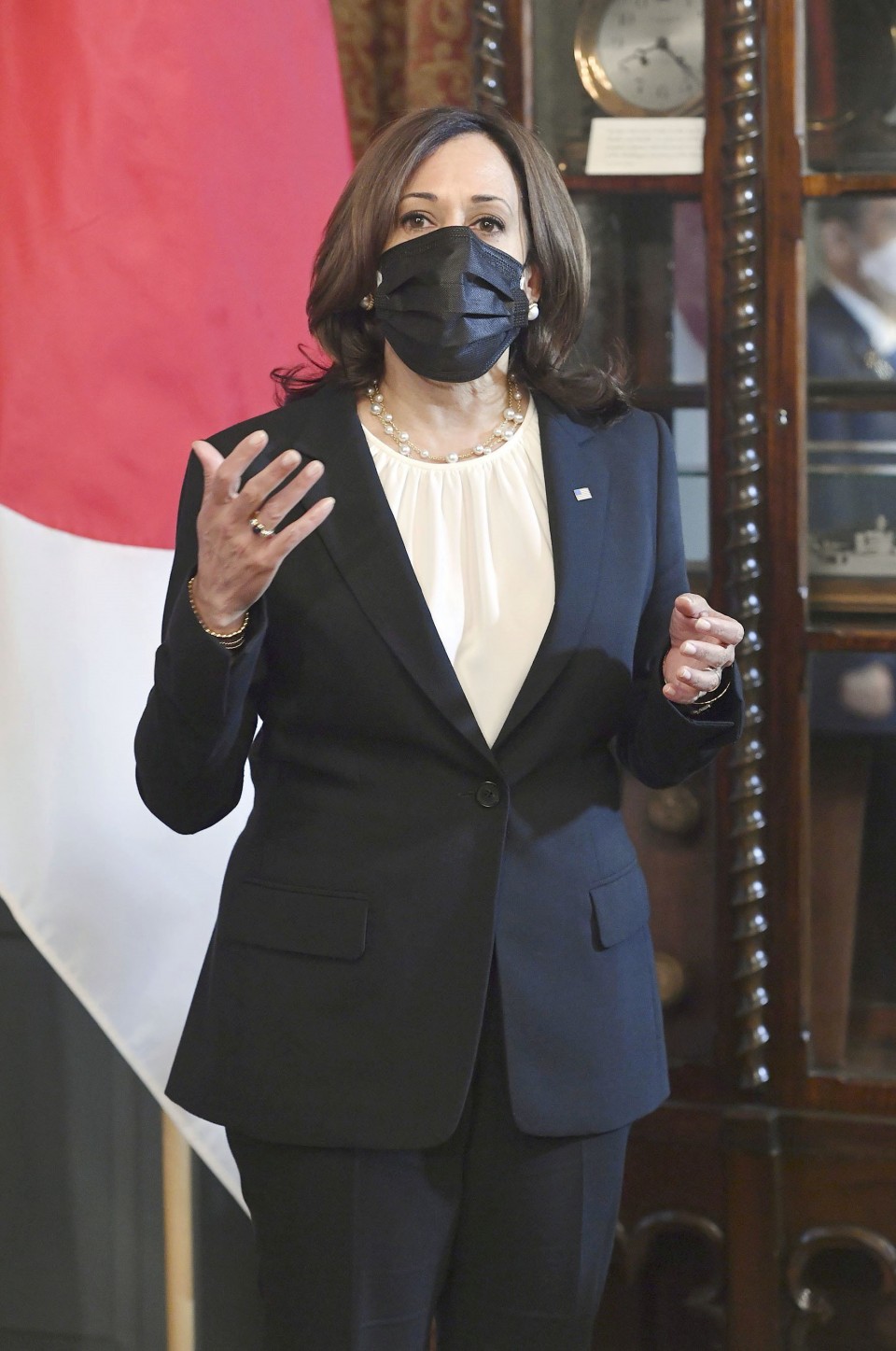 The trip is taking place as a chaotic withdrawal of American troops from Afghanistan amid the Taliban's recent takeover of the country has raised questions over U.S. commitment to its allies and partners around the world.

"The administration is...making clear that we have an enduring commitment to this region, that we're part of the Indo-Pacific and in the region to stay," one of the officials said, while noting that the trip is also intended to advance the vision of a "free and open" Indo-Pacific.

Topics of discussion will include global health issues amid the coronavirus pandemic, economic partnership and security as well as regional issues, including China, the official said.

Harris will be the latest official of President Joe Biden's administration to visit a region that has been directly affected by China's growing clout. Last month, Defense Secretary Lloyd Austin traveled to Singapore, Vietnam and the Philippines, becoming the first member of Biden's Cabinet to visit Southeast Asia.

Harris will be the first sitting U.S. vice president ever to visit Vietnam, a former U.S. foe. Hanoi, along with some other Southeast Asian nations, has overlapping territorial claims with Beijing in the South China Sea.

While the Biden administration is working to enlist U.S. allies and partners to counter China's economic and military assertiveness in the Indo-Pacific, the official said Vietnam is viewed as "an increasing partner" of the United States and that Harris' visit is a chance to take the strengthening partnership "one level further."

As for Singapore, another official said the country is "the bedrock" of U.S. security presence in Southeast Asia, and that Harris will deliver a speech there on Tuesday, underscoring the importance of partnerships and areas for further cooperation.