Former Japan captain Makoto Hasebe was named in the Bundesliga Legends Network by the German Football League on Thursday, the Eintracht Frankfurt talisman being the only active player in the selection.

The versatile 37-year-old, who won the Bundesliga with Wolfsburg in 2009 and the German Cup with Eintracht in 2018, holds the record for most appearances by an Asian player in a European league. 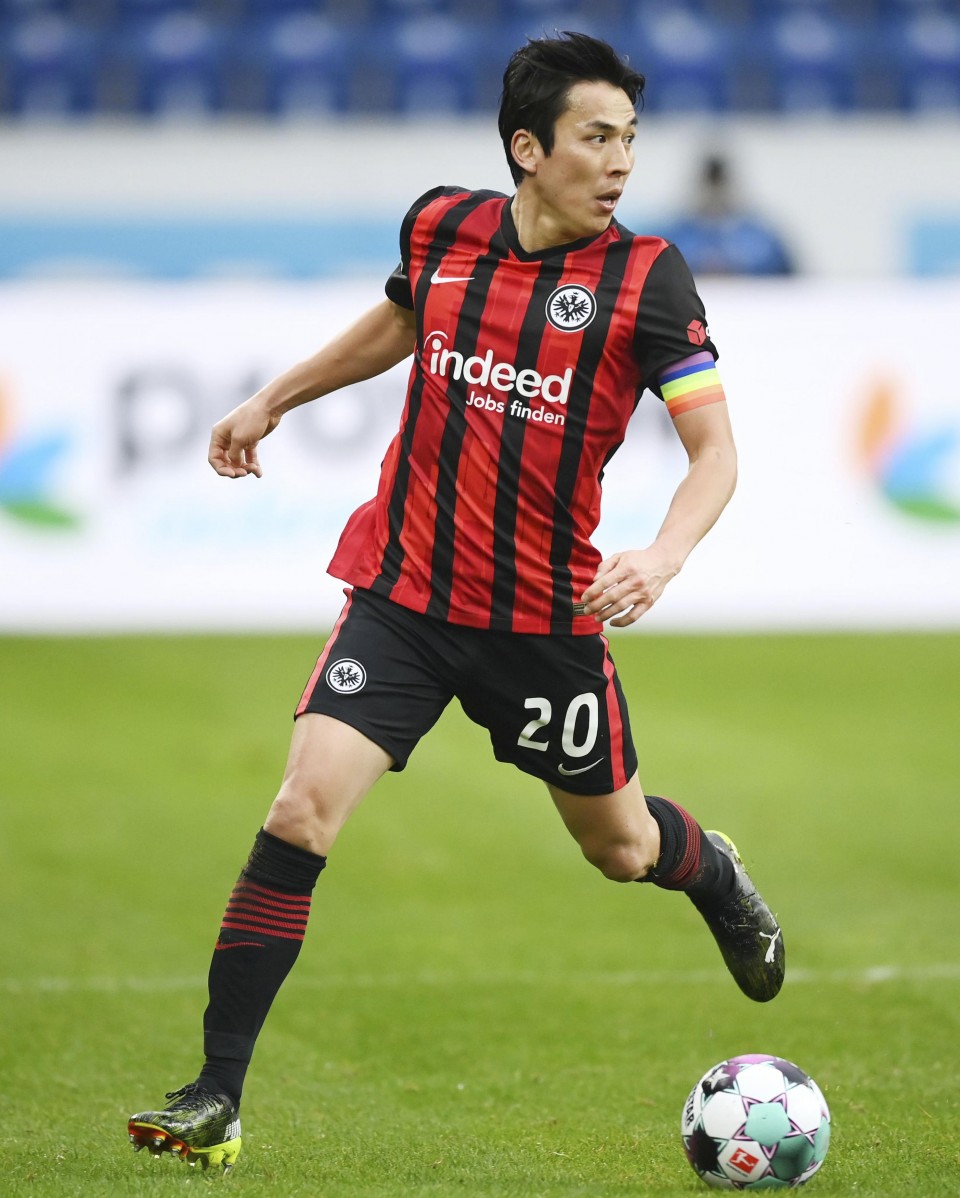 Makoto Hasebe controls the ball during the Bundesliga match between TSG Hoffenheim and Eintracht Frankfurt at PreZero-Arena on Feb. 7, 2021, in Sinsheim, Germany. (Getty/Kyodo)

The network was launched in 2017 with former players including German icon Lothar Matthaus and former Japan international Yasuhiko Okudera, who became the first Japanese to join the German top flight in 1977 with Cologne, taking on an ambassadorial role for events worldwide promoting the Bundesliga.

"It is an honor for me to be part of the Bundesliga legends," Hasebe wrote on Instagram as he joined home stars Jurgen Klinsmann and Philip Lahm in the latest selection. "Bundesliga legends are just great players and I'm proud that my name is one of them."

Hasebe made his Japan debut in 2006 and captained his country for three straight World Cups from 2010.