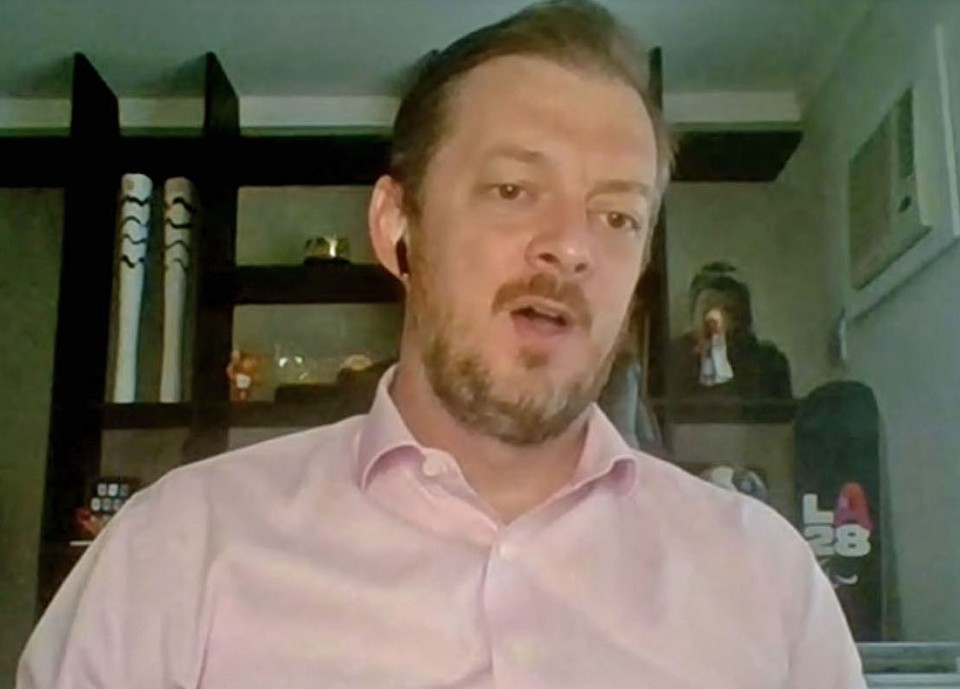 The IPC and three other organizing bodies of the Paralympics will hold a meeting as early as Monday to set a policy on spectators, having pushed back the decision until the last minute to monitor the situation of the pandemic.

The organizers are planning to hold Paralympic competitions behind closed doors at most venues, as was the case with the Olympics, according to several officials familiar with the planning.

With less than two weeks until the opening of the Paralympics, Parsons called on participants to follow all anti-coronavirus measures outlined in the "playbooks" as the 17-day Olympics, concluded Sunday, have proved that they are effective.

"By doing this, will we deliver safe Paralympic Games for all stakeholders, as well as the Japanese people," he said.

Since the Olympics began on July 23, the number of daily COVID-19 cases in Tokyo, which has been under a state of emergency for about one month, has roughly tripled. The figure reported Friday hit another record high of 5,773, and the nationwide daily count topped 20,000 for the first time.

Japan has been racking up record COVID-19 numbers in recent weeks, with many people worried about hosting a major event during a global health crisis.

While the number of COVID-19 patients with severe symptoms has reached record levels and the country's medical system has come under increased pressure, the Paralympics are set to start Aug. 24 following a one-year postponement due to the coronavirus pandemic.

The 13-day Paralympics are expected to feature around 4,400 athletes from close to 160 countries, according to the IPC.

"With the Olympics now over, my excitement levels for the Paralympic Games are increasing by the minute," said Parsons, who is expected to arrive in Japan on Monday.

"During the transition period, we are working hand-in-hand with the (Tokyo Games) organizing committee to finalize several matters that are unique to the Paralympic Games."

The organizers are planning to bar people from watching events in person in Tokyo and neighboring Chiba and Saitama prefectures, where most of the games' venues are located, said the officials who spoke on condition of anonymity.

However, they will likely allow up to 5,000 spectators in Shizuoka Prefecture, which will host cycling events, as long as the figure does not exceed 50 percent of the venues' capacity, according to the officials.

Tokyo Gov. Yuriko Koike told a press conference on Friday that she wants children taking part in a government-backed education program to watch para athletes compete at venues but added it would depend on the COVID-19 situation and the opinions of school officials.

The IPC, the Japanese organizing committee, the government and the Tokyo metropolitan government are currently looking into allowing those students to enter the venues in Tokyo and the three prefectures, the officials said.

Foreign athletes have already been arriving in Japan for pre-Paralympic training camps, with the athletes' village in Tokyo scheduled to formally open on Tuesday.