Yeltsin Jacques of Brazil won gold in a world record time of 3:57.60, and Fedor Rudakov from the Russian Paralympic Committee scooped up the bronze medal in 4:05.55. 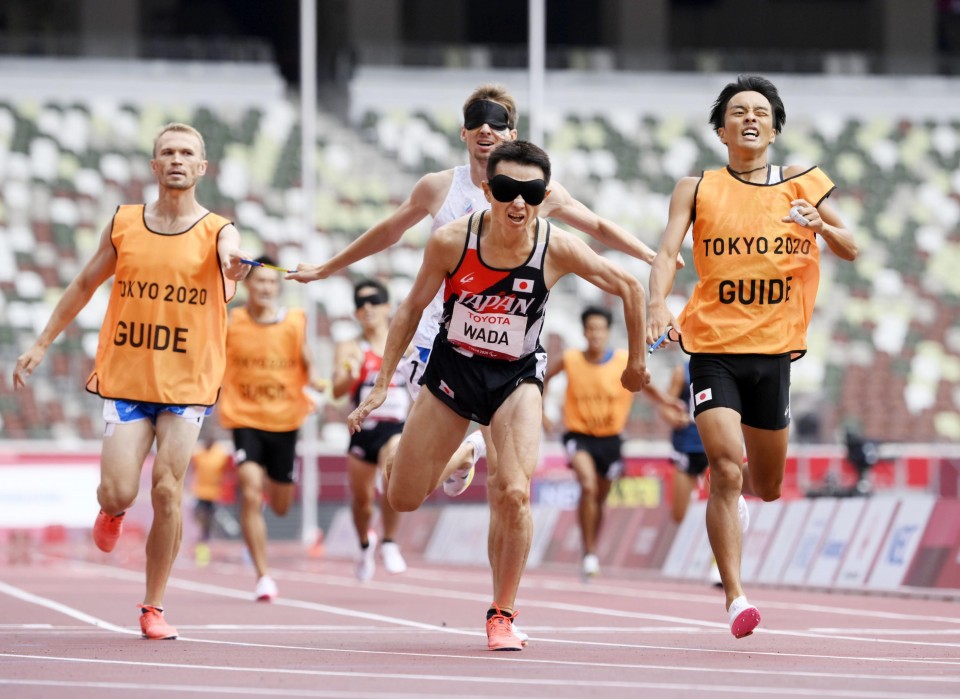 Looking back at the event, Wada said his positioning was crucial for winning the medal in what was a fast-paced race.

"It was good that I positioned myself at the front in the middle part of the race because if I stayed in the back, I would have had problems," said Wada.

As he was nearing the finish, guide Takumi Hasebe told Wada that a runner behind him was closing in and Wada said he was able to hear the footsteps.

Wada put a last spurt in the final 300 meters as he was planning.

"I left everything on the track," he said, adding this may be his last Paralympics.

The Osaka Prefecture native was diagnosed with retinitis pigmentosa while he was in high school and lost his vision completely when he was a university student.

His compatriot Kenya Karasawa, who won silver in the men's T11 5,000-meter event in his Paralympic debut in Tokyo, crossed fourth.

Karasawa said it was regrettable because he wanted to be on the podium with his guide to show his appreciation for those who support him.

The Gunma Prefecture native had limited vision at birth and completely lost his sight at age 10.

"Since it was the final, I was also expecting a speedy pace. I thought I could push (myself) a little further but I couldn't," said the 27-year-old.