As her teammates cheered her every move, Biles nailed a solid routine that featured flips and back handsprings to earn 14.000 points. China's Guan Chenchen took gold with 14.633, followed by compatriot Tang Xijing with 14.233 at Ariake Gymnastics Centre. 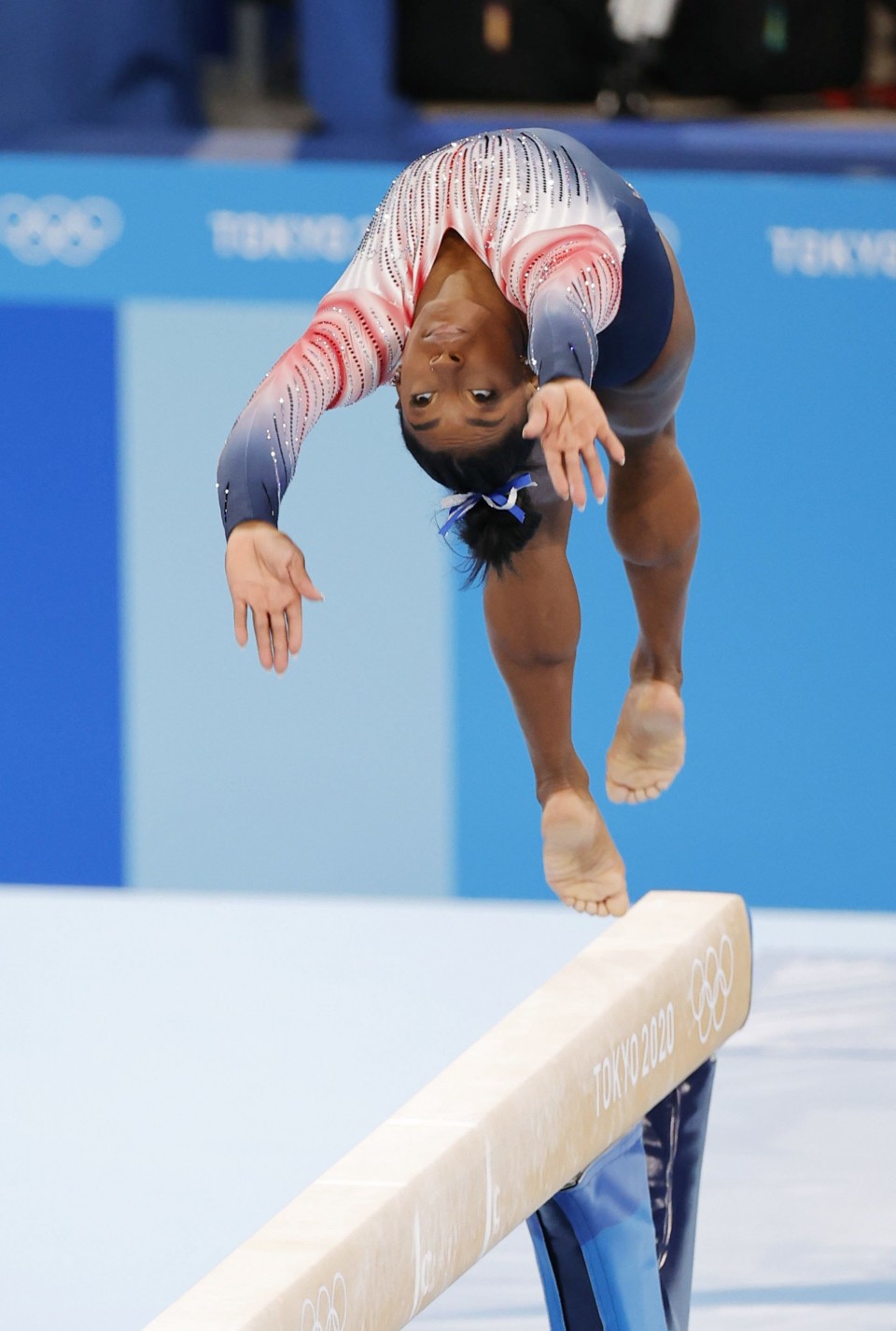 Simone Biles of the United States competes in the women's balance beam final of the Tokyo Olympics on Aug. 3, 2021, at Ariake Gymnastics Centre. (Kyodo) ==Kyodo 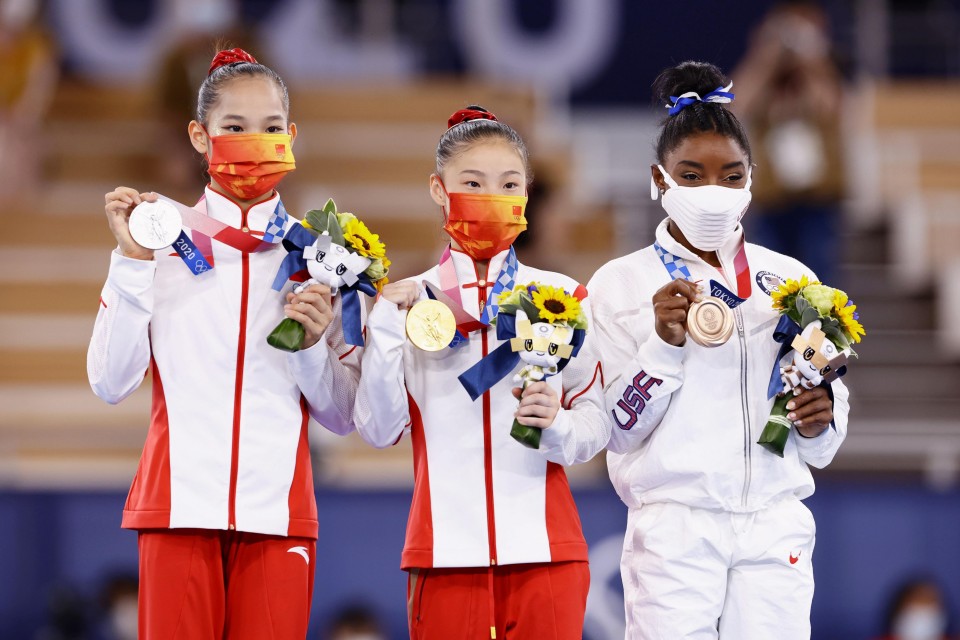 (From L) Silver medalist Tang Xijing of China, gold medalist Guan Chenchen of China and bronze medalist Simone Biles of the United States pose with their medals for the women's balance beam at the Tokyo Olympics on Aug. 3, 2021, at Ariake Gymnastics Centre, wearing masks for protection against the coronavirus. (Kyodo) ==Kyodo

"Honestly, I wasn't even trying to medal on beam. I was trying to go out there and hit a good beam set and compete for one more time at these Olympic Games," said Biles, who won four gold medals at the Rio de Janeiro Olympics.

In her first competition since pulling out during the women's team event a week ago, Biles dialed back the difficulty on her dismount compared to what she usually performs, but each of her elements were clean.

She appeared nervous when she entered the venue in a red hoodie and a black face mask, but she was all smiles after her performance and received a thunderous standing ovation from Olympic-related officials and gymnasts who were sitting in the stands.

The 24-year-old Biles came to the Olympics with expectations she would win multiple gold medals, but instead her much-publicized withdrawals and comments on athletes' mental health sparked debate.

"To bring the topic of mental health, I think it should be talked about a lot more, especially with athletes because I know some of us are going through the same things and we are always told to push through it," Biles told a press conference.

"At the end of the day, we are not just entertainment, we are humans," she added.

Having pulled out of all of her events apart from the balance beam, the beam apparatus was the only shot for Biles to win an individual medal at the Tokyo Olympics. She took bronze on the beam at the Rio Games.

"For the other events (other than beam), physically and mentally it was not safe for me to do it, because I could not do the skills without jeopardizing my health and safety," she said.

The United States won silver behind the Russian Olympic Committee in women's team, after Biles bowed out following the first rotation.

"Just to have one more opportunity at competing at the Olympics meant the world to me," she said. 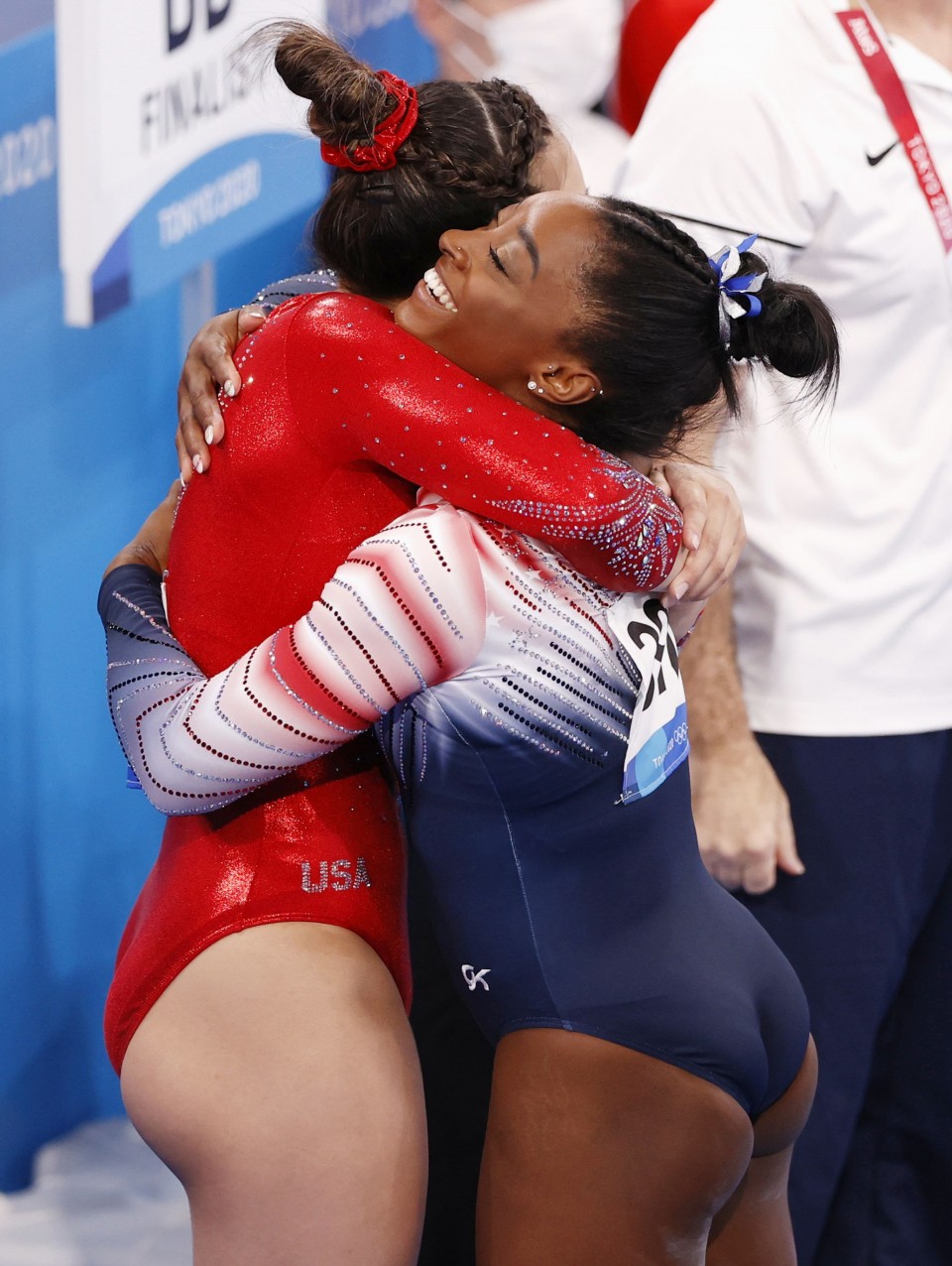