Suga was quoted by the ministry as telling Kerry during their meeting held behind doors at his office that he hopes Japan "will take the lead, along with the United States, in international efforts for decarbonization." 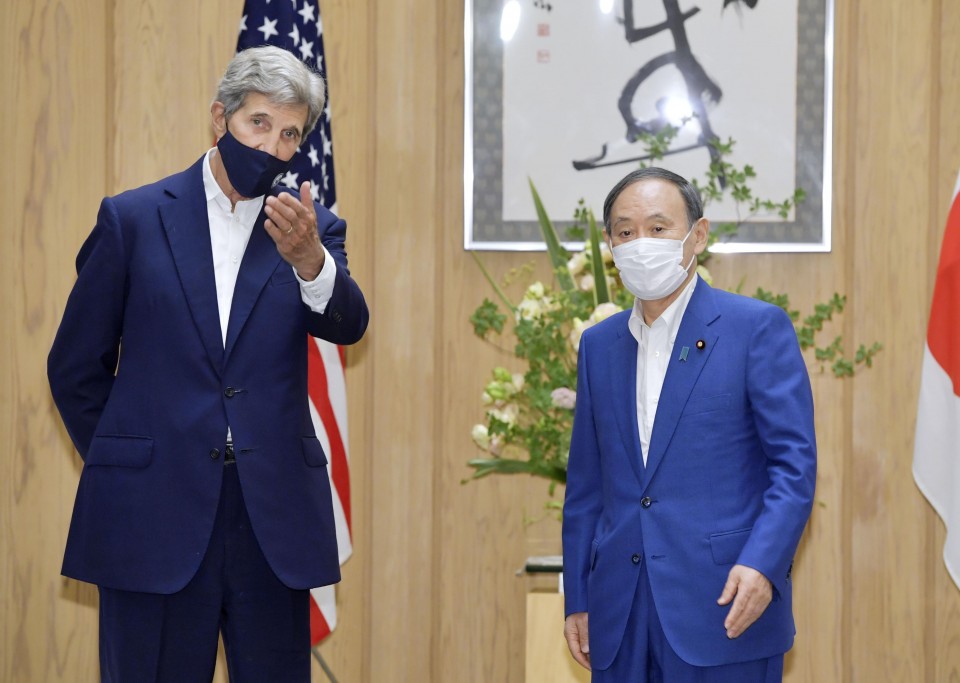 Kerry is visiting Japan and then China, from Tuesday to Friday, as part of U.S. efforts to touch base with climate officials in the countries in the lead-up to a U.N. climate conference slated to start in late October, according to the State Department.

During Tuesday's meeting, Suga told Kerry about Japan's targets of reducing carbon dioxide emissions to net zero by 2050 and slashing greenhouse gas emissions by 46 percent by fiscal 2030 compared with fiscal 2013, instead of the previous 26 percent goal, the ministry said.

Many countries including the United States, the second-largest emitter of greenhouse gases after China, have also vowed to attain net zero carbon emissions by 2050.

At the Japan-U.S. summit held in April in Washington, the two countries agreed to launch a "partnership" to work toward implementing the Paris climate accord and to support decarbonization.