The government of Prime Minister Yoshihide Suga may consider a plan to hold a general election on Oct. 17, several days before the expiration of the four-year term for House of Representatives members, government sources said Monday.

Under the scenario, Suga would not dissolve the lower house and official election campaigns would start on Oct. 5, the sources said, adding that the schedule for a general election is still fluid and discussions are likely to be held within the executive board panel of the ruling Liberal Democratic Party and other venues.

The latest plan, which emerged from the Suga government, is a departure from an earlier proposal to dissolve the lower house in early October. 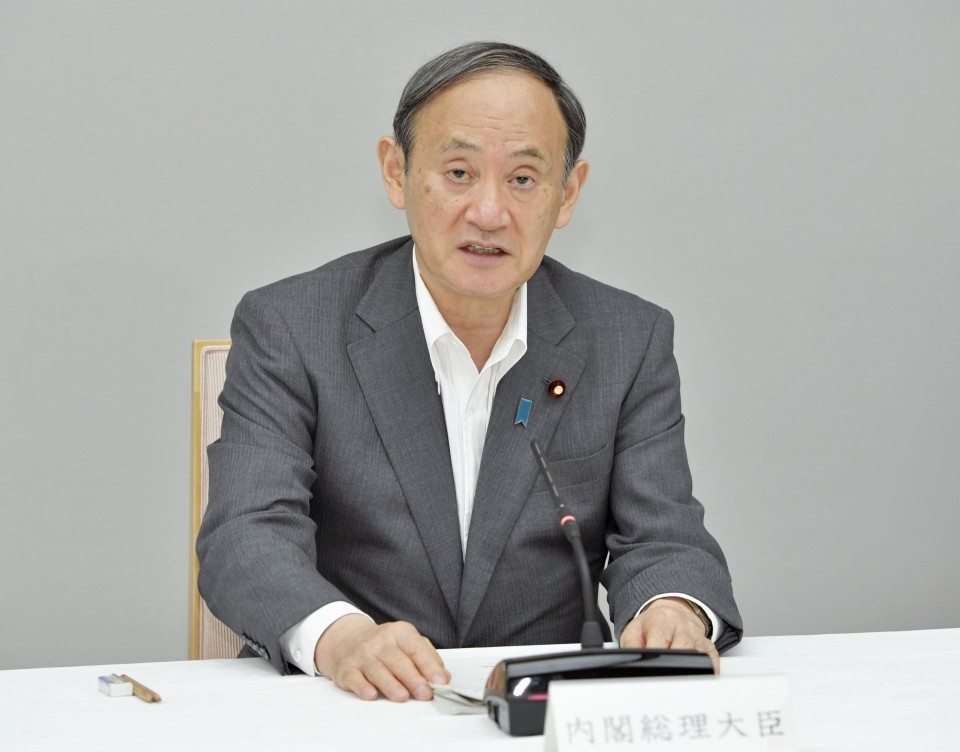 Japanese Prime Minister Yoshihide Suga announces at his office in Tokyo on Aug. 25, 2021, the government's decision to place eight more prefectures under its COVID-19 state of emergency as the country grapples with its largest wave of infections. The eight are Hokkaido, Miyagi, Gifu, Aichi, Mie, Shiga, Okayama and Hiroshima. (Kyodo) ==Kyodo

If the government adopts the plan to hold an election on Oct. 17, many issues will need to be rearranged including the possible postponement of an LDP leadership election scheduled for Sept. 29 as well as an extension of Suga's tenure as LDP president.

It remains uncertain whether the government will agree to the plan, as some members within the LDP have called for the party to hold its leadership race with multiple candidates before the House of Representatives election, according to the sources.

Should the Suga government go ahead with a general election without dissolving the lower house, it would be the second instance under Japan's postwar Constitution, following the government of late Prime Minister Takeo Miki in 1976.

The Public Offices Election Law stipulates that a lower-house election must be held within 30 days before the expiration of the four-year term for House of Representatives members.

In a related move, Suga has started making arrangements to replace LDP Secretary General Toshihiro Nikai in a reshuffle of LDP executives ahead of the general election, some people close to the prime minister said.

The 82-year-old Nikai, who has held the party's second-highest post for over five years, agreed with the move, saying in a meeting with Suga at the premier's office, "I want you to appoint (LDP executives) without hesitating about me."

Nikai also reiterated his support for Suga's re-election in an interview with Kyodo News on Monday, praising the prime minister as "working earnestly every day despite the current difficult situation" and voicing confidence in the LDP securing victory in a general election. 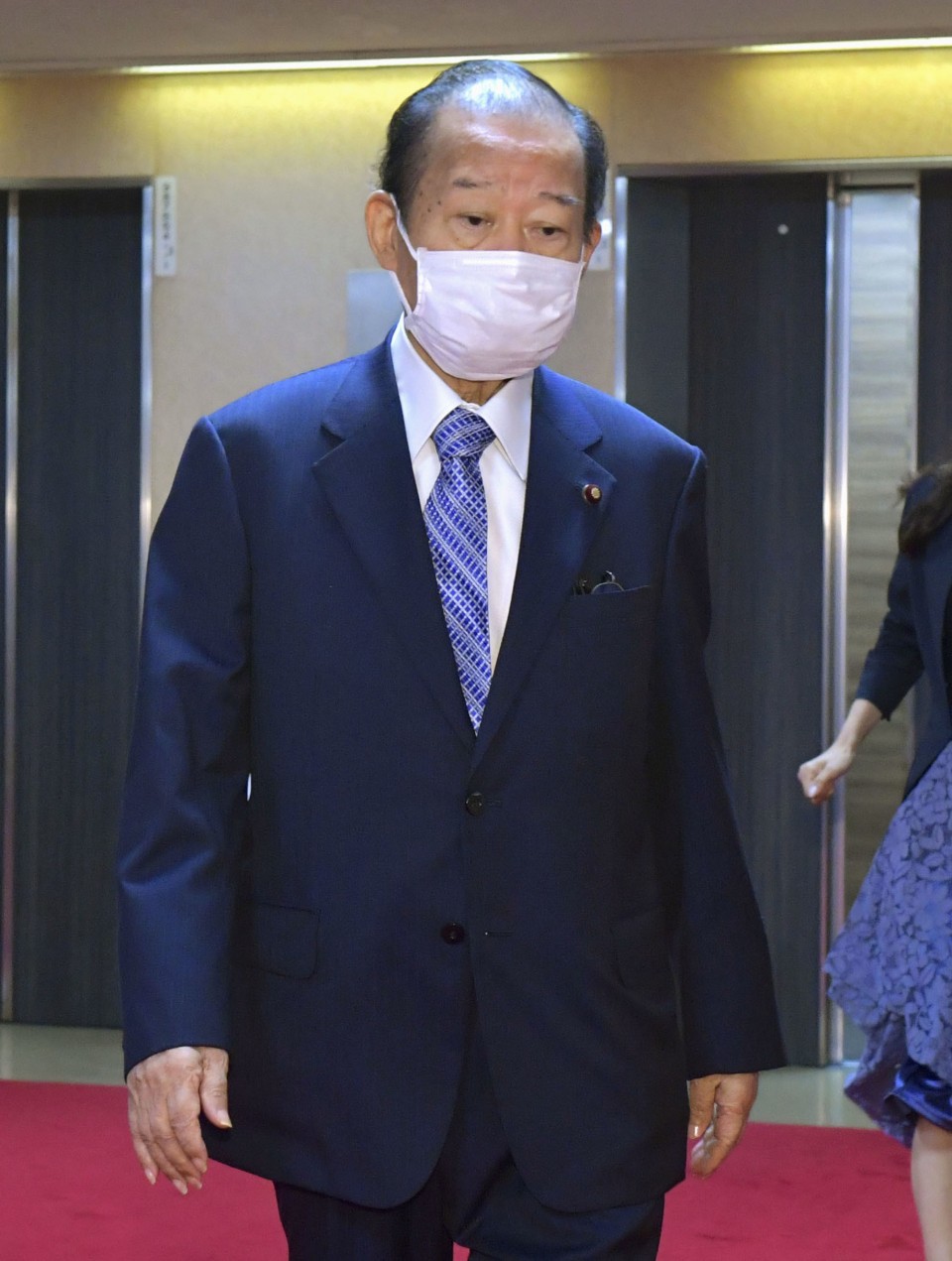 Meanwhile, Hakubun Shimomura, the LDP policy chief, said Monday he will not challenge Suga in the party's leadership race and will instead continue focusing on drawing up COVID-19 countermeasures.

The LDP Policy Research Council chairman had earlier expressed a desire to run in the Sept. 29 election, which will take place amid growing public dissatisfaction over Suga's pandemic response.

"As chairman of the Policy Research Council, it's important I put everything into dealing with COVID-19," Shimomura told reporters. "I will concentrate on my current responsibilities."

Others may still throw their hats into the ring before campaigning starts Sept. 17, although another potential contender, former Defense Minister Shigeru Ishiba, said Monday that whether he will run is "a completely blank slate."

Being re-elected as LDP leader would likely ensure Suga remains prime minister as the party controls the House of Representatives, the powerful lower chamber of parliament.

But recent media polls have shown the approval rating for his government has fallen to record-low levels as the highly contagious Delta variant of the coronavirus spreads and the number of patients in serious condition surges, putting a strain on Japan's medical system.

Some LDP members have privately expressed concern about keeping Suga as party leader after a string of embarrassing defeats in local and national elections since he took power last September.

In a meeting on Monday, Suga asked Nikai for assistance from the LDP and junior coalition partner Komeito in drawing up a new economic package for COVID-19 countermeasures.

While the size of the package was not immediately clear, Nikai later told reporters a "bold injection" of government funds would be necessary.

Coalition sources said Monday that the government and ruling camp have decided not to heed demands by opposition parties to convene an extraordinary session of parliament before the LDP leadership race.

Last week, the Constitutional Democratic Party of Japan urged the LDP to hold a session from Sept. 7 through Sept. 16 to discuss drawing up a supplementary budget to deal with the pandemic, with the Japanese Communist Party also arguing the LDP leadership race should wait.