The Group of Seven industrialized nations on Tuesday vowed to work to safely evacuate their citizens from Afghanistan following the unexpectedly swift takeover by the Taliban, while urging the militant group to respect human rights in the country and prevent terrorism.

During a virtual meeting of the G-7 leaders to discuss Afghanistan, U.S. President Joe Biden conveyed his intention to stick to his self-imposed deadline of Aug. 31 for completing the withdrawal of American troops there as he seeks to end the war that started following the terror attacks of Sept. 11, 2001 on the United States. 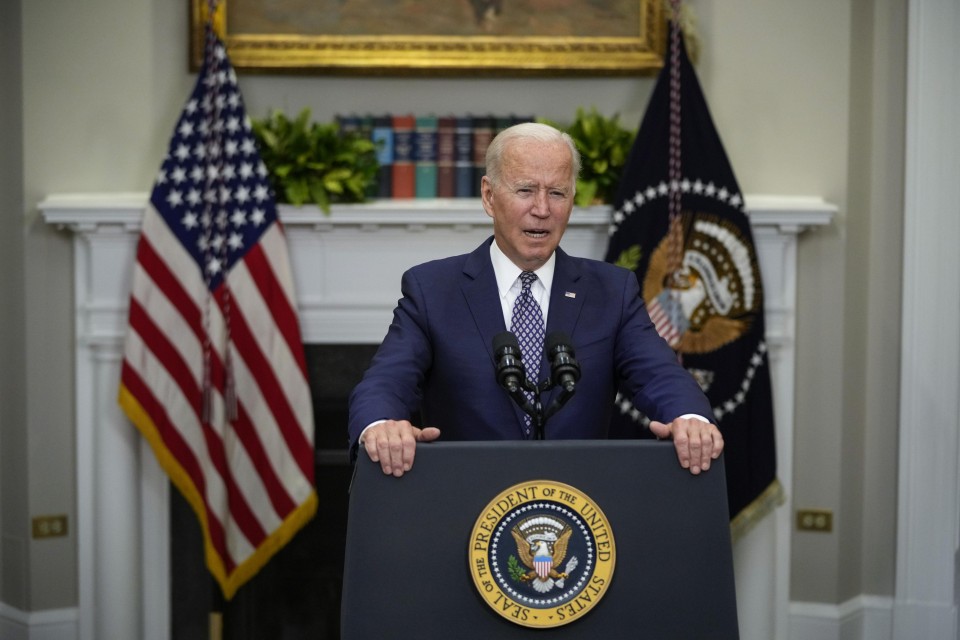 U.S. President Joe Biden speaks about the situation in Afghanistan in the Roosevelt Room of the White House on Aug. 24, 2021 in Washington. (Getty/Kyodo)

His remarks came as U.S. allies such as Britain and France have reportedly been calling on Washington for easing the timeline amid the ongoing international airlift operations from Afghanistan to help people flee from the Taliban rule.

A joint statement issued by the G-7 leaders following their meeting did not mention the U.S. troop withdrawal deadline, only emphasizing that their "immediate priority is to ensure the safe evacuation of our citizens and those Afghans who have partnered with us and assisted our efforts over the past twenty years."

Japanese Prime Minister Yoshihide Suga told reporters that Tokyo will work closely with the other G-7 members on efforts to evacuate people from Afghanistan and that his country is prepared to help support refugees who flee Afghanistan to neighboring countries.

Biden said during the meeting that the United States is "currently on pace" to finish pulling out its troops by the end of the month, according to White House Press Secretary Jen Psaki.

But he also made clear that completion of the mission by the deadline "depends on continued coordination with the Taliban, including continued access for evacuees to the airport" and asked the Pentagon and the State Department for "contingency plans" to adjust the timeline should that become necessary, Psaki said in a statement.

Taliban spokesman Zabihullah Mujahid said Tuesday his group will accept no extensions of the deadline.

Biden said later in the day that "the sooner we can finish the better," noting that each day of operations brings "added risk" to U.S troops due to threats from an Islamic State-affiliated terror group in Afghanistan.

"Every day we're on the ground is another day we know that ISIS-K is seeking to target the airport and attack both U.S. and allied forces and innocent civilians," he said. 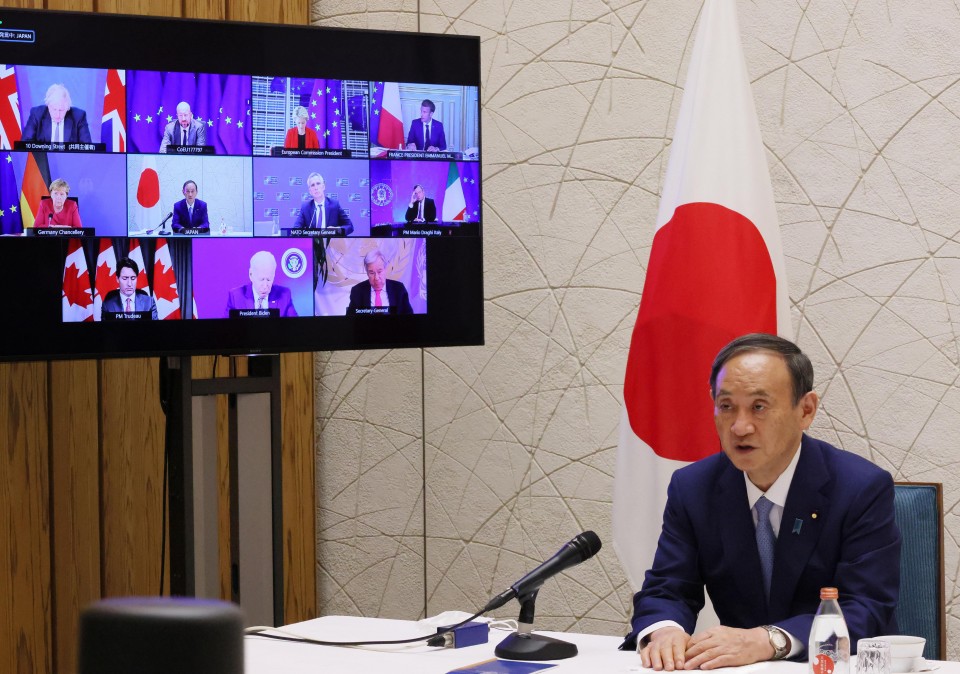 The international airport in Afghanistan's capital Kabul has been flooded by people seeking to escape from the Islamist group that returned to power earlier this month after being ousted by U.S.-led forces in 2001.

Foreign governments are rushing to airlift citizens out of the country, with the Japanese Self-Defense Forces sending three transport planes.

With attention growing as to whether a Taliban-led Afghanistan government will be recognized by foreign powers, the G-7 leaders said the group will be held accountable on human rights in Afghanistan, including those of women, and efforts to prevent a resurgence in terrorism.

"Any future Afghan government must adhere to Afghanistan's international obligations...We will judge the Afghan parties by their actions, not words," they said in a joint statement.

They also called on all parties in Afghanistan to "work in good faith to establish an inclusive and representative government, including with the meaningful participation of women and minority groups."

The Taliban, which controlled Afghanistan from 1996 to 2001, has promised to uphold women's rights "within the framework of Islam" amid concerns liberties will be significantly eroded under their strict implementation of shariah law.

Biden, who has faced criticism over the chaotic evacuation scenes at the Kabul airport, has defended the withdrawal of American troops in a process that was started by his predecessor Donald Trump, saying "there was never a good time" to exit.

The United States began the war in Afghanistan against the al-Qaida organization behind the Sept. 11 terror attacks as well as the Taliban, which harbored the group.

In April this year, Biden announced that he would withdraw all the U.S. troops in Afghanistan by the upcoming 20th anniversary of the terror attacks, saying it was "time to end America's longest war." In July, the deadline was moved up to Aug. 31.

But as the Taliban seized city after city before taking control of Kabul on Aug. 15, Afghanistan's security forces collapsed in a matter of days, and President Ashraf Ghani fled the country.

The Biden administration has been forced to send thousands of troops to the war-torn country to assist with evacuation operations.

The G-7 members are Britain, Canada, France, Germany, Italy, Japan and the United States, as well as the European Union. U.N. Secretary General Antonio Guterres and Jens Stoltenberg, secretary general of the North Atlantic Treaty Organization, were also invited to the G-7 summit meeting on Tuesday.