Hong Kong's biggest protest group on Sunday confirmed its disbandment amid mounting suppression from the authorities, according to local media reports.

The Civil Human Rights Front, known for organizing mass rallies during the 2019 anti-government protests, said in a statement that the group had made the decision to dissolve last Friday following "unprecedented severe challenges." 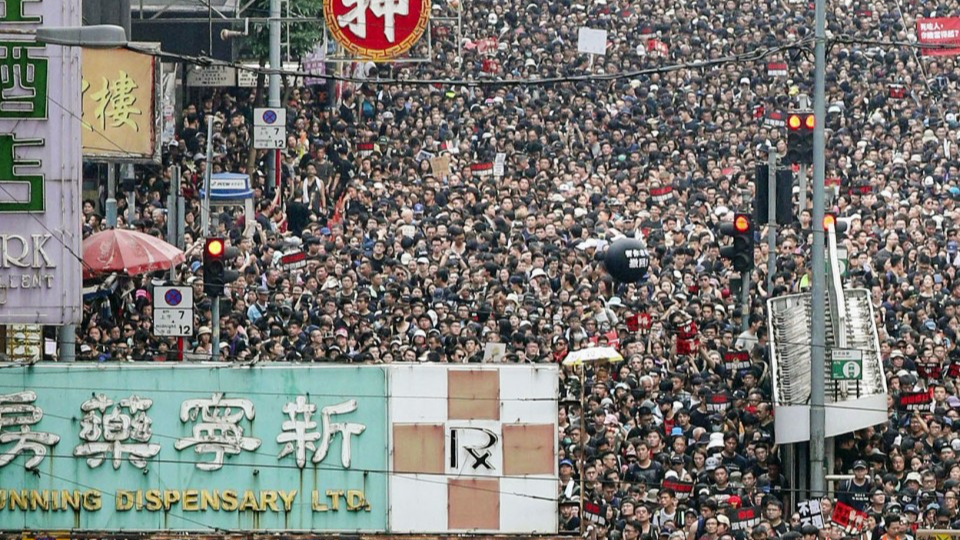 Protesters march in Hong Kong in June 2019, demanding the withdrawal of a controversial bill that would allow the extradition of criminal suspects to mainland China. (Kyodo)

With the group's convener imprisoned over multiple cases and no one to take over the secretariat, the front is no longer able to maintain its operations, it said.

"We'd like to thank the people of Hong Kong for walking alongside us over the past 19 years," read the statement, adding that the mass protests had "allowed the world to see Hong Kong, allowed light to shine in darkness, and had allowed democracy and freedom be planted in the hearts of the people."

The police on Sunday, in a statement following the announcement, stated that the CHRF had been operating illegally and that it would remain criminally liable for any offences committed, regardless of the group's disbandment or the resignation of its members.

In an interview last week, Hong Kong's police chief Raymond Siu said that the organization may have violated the national security law and that the police could take action against it "at any time."

This marks the latest in a series of closures as Beijing continues to crack down on dissent in the city following the implementation of the national security law, which criminalizes acts of secession, subversion, terrorism and collusion with foreign forces.