Drawing the curtain on her sixth and final Paralympics on Monday with no regrets at age 51, Mayumi Narita now hopes to see a younger generation of Japanese swimmers reach great heights.

A 15-time swimming gold medalist, Narita finished sixth in her last race, the women's 50-meter backstroke S5 final, at the Tokyo Aquatics Centre, 25 years after she made her Paralympic debut at the 1996 Atlanta Games. 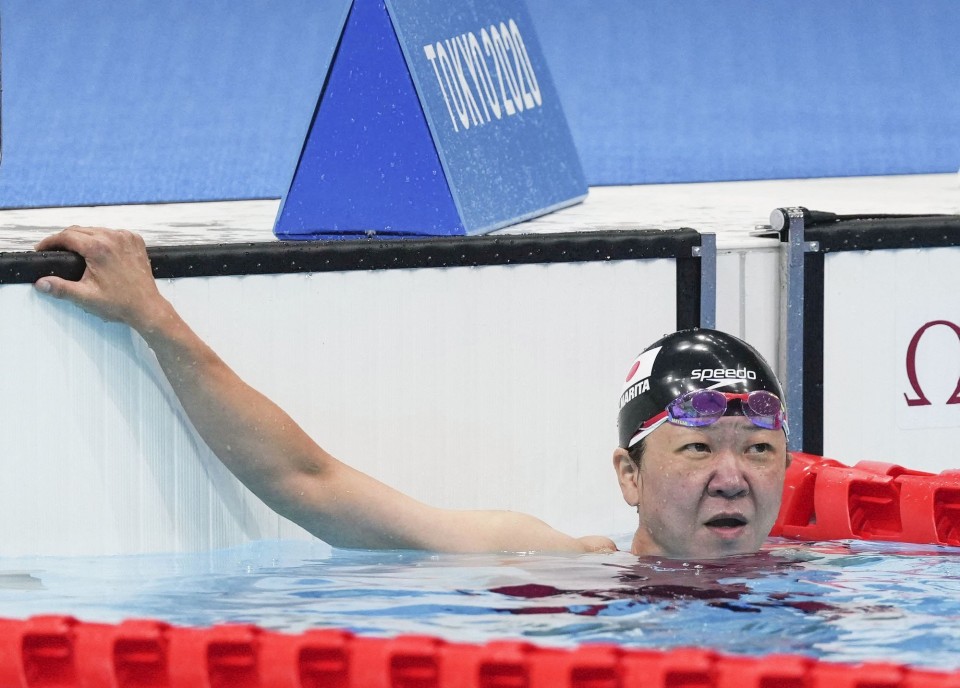 "I feel blessed that I really swum until the end," Narita said. "I don't really give much thought about my age because I've just really loved swimming and I really trained. Everything is a result of that."

The 50 backstroke was the only one of her four events in which she advanced to the finals. She finished ninth in each of her other events, including a relay, just missing out on the finals.

She touched the wall in 47.86 seconds in the backstroke final, won by China's Lu Dong with a world-record time of 37.18.

Despite the coronavirus pandemic forcing a one-year postponement and preventing her from competing in front of vocal fans, Narita was satisfied with her final Paralympic meet.

"I'm relieved. All of the young swimmers were competing in finals and extending national records, but I haven't been able to do that and wasn't even able to reach the finals, so I am very glad," she said.

After finishing without a medal at the 2008 Games in Beijing, she stepped away from competition.

But after helping Tokyo win hosting rights to the 2020 Games eight years ago, Narita wanted to do more to give back to the world of para sports and build excitement for the Tokyo Paralympics.

She returned to the pool in 2015, a year after she took a job as a board member of the Tokyo Olympic and Paralympic organizing committee.

"My journey may have been long but it went by like a flash," said Narita, who was one of the nine torchbearers at the National Stadium during the Paralympic opening ceremony.

"When I swam, I had flashbacks about what I had experienced until now. I was able to do more in my swimming career than I had imagined."

Narita said Japan "started with a really small team" featuring only two female swimmers when she debuted at the Atlanta Games.

In Tokyo, Japan's team is comprised of more than 10 female swimmers, including 14-year-old Miyuki Yamada, who won silver in the 100-meter backstroke S2 event.

"The Paralympics became bigger, and now we have the Paralympics in Tokyo," she said. "I want young athletes to see many things and learn many things. If there's something I can offer them, I want to give them everything."

Narita has used a wheelchair since she was in junior high school due to a condition that caused paralysis in her lower body, and started swimming when she was 23. 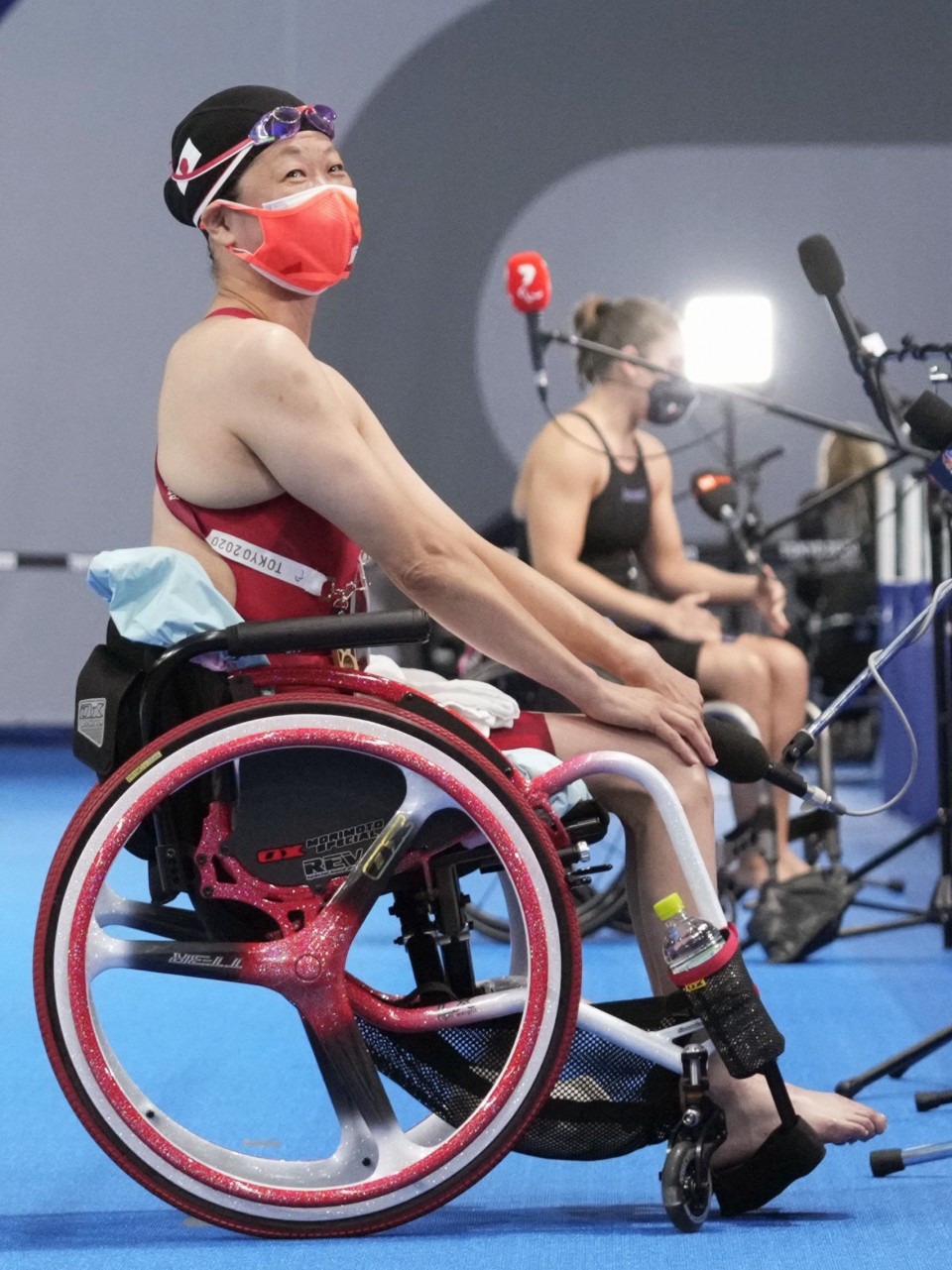 Mayumi Narita of Japan meets the press after competing in the women's S5 50-meter backstroke final at the Tokyo Paralympics on Aug. 30, 2021, at Tokyo Aquatics Centre. (Kyodo) ==Kyodo

"I was born really healthy and I was gifted with a disability and a disease, and was able to love swimming, which I used to hate," she said, thanking the people who have supported her along the way.

"It was like a (TV) drama to finish like that in her last event and even improving her time," he said. "She has this big power, and it was her personality that really pulled off that ending."

While Narita said she has not thought about her next step in life, she plans to stay close to the pool at her club, the Sakura Swimming School in Yokohama.

"I'll check out of the athletes' village tomorrow, and I think I'll end up going to Sakura the day after," she said.