China has hailed the success of the Tokyo Summer Olympics despite the novel coronavirus pandemic, with a tabloid of the ruling Communist Party saying it has paved the way for the 2022 Winter Olympics in Beijing.

The Tokyo Olympics took place from July 23 through Sunday under a COVID-19 state of emergency against a backdrop of a resurgence of infections in Japan. The games were held without spectators at almost all venues. 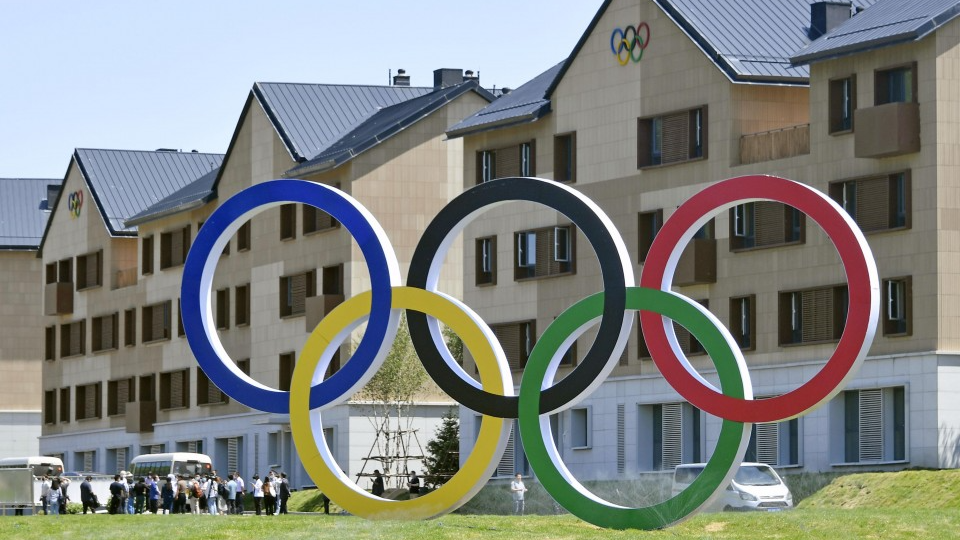 The athletes' village for the Beijing Winter Olympics is unveiled to foreign media on July 14, 2021, in Zhangjiakou, northwest of the Chinese capital. (Kyodo) ==Kyodo

China had expressed hope that the Tokyo Olympics would be a success even without an audience as the leadership of President Xi Jinping has been keen to use the Winter Games to enhance national prestige and bolster economic growth.

"After the success of the Tokyo Olympics, we can all expect the 2022 Beijing Winter Olympics to be another success, offering the global public an exciting event and ushering in an enthusiastic participation as well," the Global Times said in an editorial.

With just about six months to go, Beijing will, on Feb. 4, 2022, become the first city to host both the summer and winter games.

But concern has been mounting recently that another wave of virus infections in China may prevent the Winter Olympics from being held in a complete form, along with the threat of a games boycott by some democratic nations over human rights issues.

In China, the virus has begun raging again after people in the southern city of Guangzhou were infected in late May with the Delta variant, first identified in India.

China's central city of Wuhan, the original epicenter of the COVID-19 outbreak, has locked down certain areas, as local authorities confirmed new infection cases earlier this month for the first time in about one year.

Also, in Beijing, the municipal government has sealed some areas of the capital where cases of infection were detected nearby.

Moreover, a possible boycott of the Beijing Olympics has been irritating China, which democratic countries have accused of human rights violations in Hong Kong and Xinjiang as well as security challenges to Taiwan.

Calls have been growing within the United States and the European Union to initiate some form of Olympic boycott as punishment for China's alleged human rights abuses against the Muslim Uyghur minority in the far western Xinjiang region.

"Some Western politicians have already started their hype about diplomatic boycott of Beijing 2022 and imposed pressure on Olympic sponsors. This is political extremism," the Global Times said, adding, "However, the Olympics itself can convey positive emotions."