Survivors of the atomic bombings in Japan have a "profound role" to play in catastrophes such as the coronavirus pandemic, a leading American psychohistorian renowned for his studies of people under stress told Kyodo News in a recent interview.

Robert Lifton, a former U.S. Air Force psychiatrist who spent six months in 1962 studying the human effects of nuclear weapons in Hiroshima, said that the world can learn a lot from hibakusha, because "right now technically, you and I, and virtually everyone in the world is a survivor of the virus pandemic."

Hibakusha play "the survivor role of renewal" in their determination to tell others of the threat nuclear weapons pose to humanity, making them "crucial for a message of possibility about the future and the rejection of the catastrophe," the 95-year-old added.

Drawing parallels between the "psychic numbing" of the American pilots who blocked out the existence of human beings below to carry out the atomic bombing, and the people in the United States who have rejected the idea of a pandemic, Lifton stressed that people have to face reality eventually. 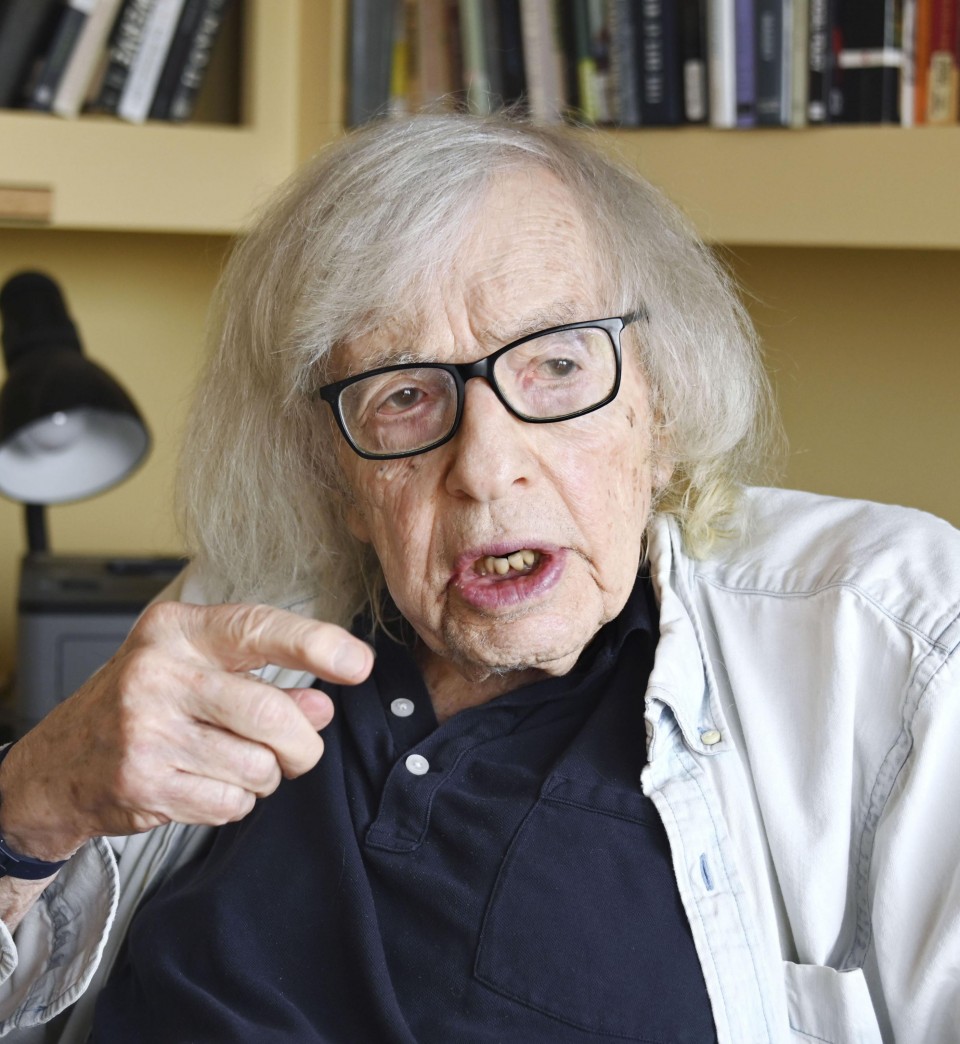 He referred to a group of people who follow former U.S. President Donald Trump who either deny the existence of the pandemic or sometimes acknowledge it but reject it for political reasons.

"If you reject the occurrence of a catastrophe, you cannot do the life enhancing work of the survivor. You cannot be in the forefront of collective renewal," he said.

Regarding Barack Obama becoming the first sitting U.S. president to visit Hiroshima in 2016, Lifton said while the move was "of enormous importance" because it conveyed deep concern over what the United States had done in the city, it "stopped short of saying that it was wrong to drop the bomb."

"No American president for political purposes has allowed himself to say it was wrong, or even criminal to drop a nuclear weapon on a human population," Lifton said, although he did not rule out the possibility, however unlikely, that a future president would do so someday.

Lifton, who has also researched and authored books on Vietnam veterans and Nazi doctors, is a founding member of the International Physicians for the Prevention of Nuclear War, an organization awarded the Nobel Peace Prize in 1985.

He said that while the Treaty on the Prohibition of Nuclear Weapons, which came into effect in January this year, does not solve the issue of nuclear weapons, it "contributes importantly to it because it gains powerful legal authority for abolition."

Although the treaty's effectiveness has been questioned as the five permanent members of the U.N. Security Council and other nuclear states have all declined to join, Lifton remains hopeful the initiative could still add fresh pressure against using the weapons.

"What we call human consciousness is not a simple or systematic entity. It's many sided and often very confused, and has contradictory components," Lifton said.

Petition calls for A-bomb victims to be remembered during Olympics