Japanese equestrian rider Eiken Sato carried with him not only the hopes of his family and host nation but also those of the Myoshoji temple in Nagano Prefecture when he competed in the jumping individual final on Wednesday.

In his second Olympic appearance, the 35-year-old, who was born into a centuries-old temple, and his horse Saphyr Des Lacs advanced to the final and finished 25th with 16 penalty points from four knocked-down obstacles. It was an improvement from his qualification-round exit at the Beijing Games in 2008. 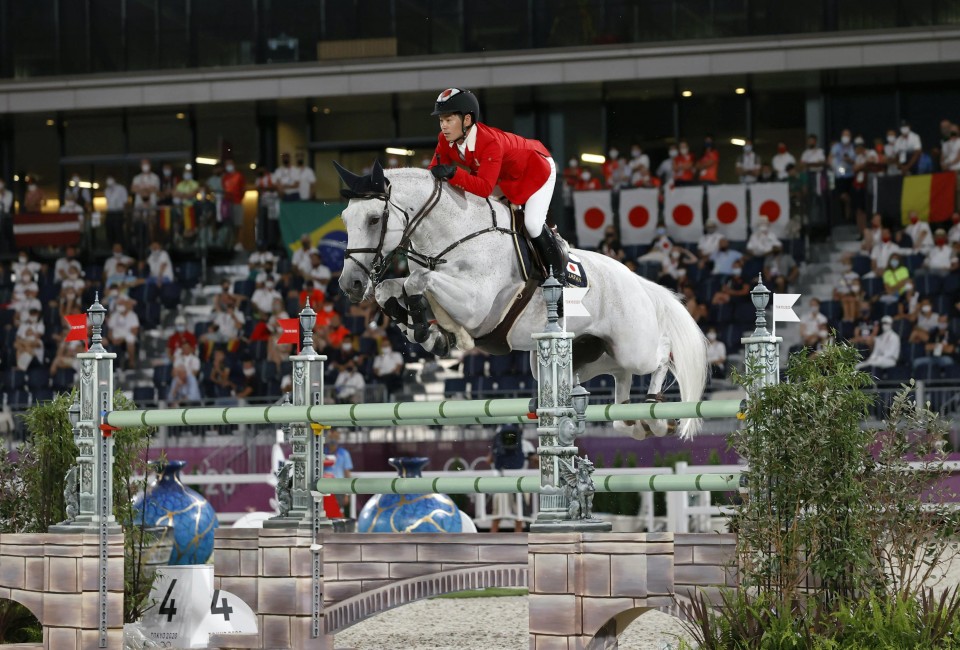 Eiken Sato of Japan competes in the equestrian jumping individual final at the Tokyo Olympics on Aug. 4, 2021, at Equestrian Park in Tokyo. (Kyodo) ==Kyodo

Equestrian is part of Sato's family heritage. He has been involved with the discipline -- the only one at the Olympics that includes animals -- his whole life.

Eiken picked up the sport in a backyard horse-riding club his father created with a bulldozer in Ogawa, a quiet mountain village in Nagano.

Shodo, too, had learned to ride at a young age, growing up in a place where the main mode of transport for monks to get to funeral sites was horses. Captivated by the 1964 Tokyo Olympics, he took up the sport at college and was named to Japan's equestrian team for the 1980 Moscow Games.

Although he was unable to take part as Japan joined the games boycott, his sons lived out his dream by becoming Olympians.

All of his children were comfortable on horseback as elementary school students and grew up to be top riders, and 37-year-old Kenki, the oldest of the three, made headlines at the 2012 London Olympics when the story of the "horse-riding Buddhist monk" got out.

Tae, 33, competed in jumping at World Cup events, and won silver in team eventing at the 2014 Asian Games in Incheon, South Korea. 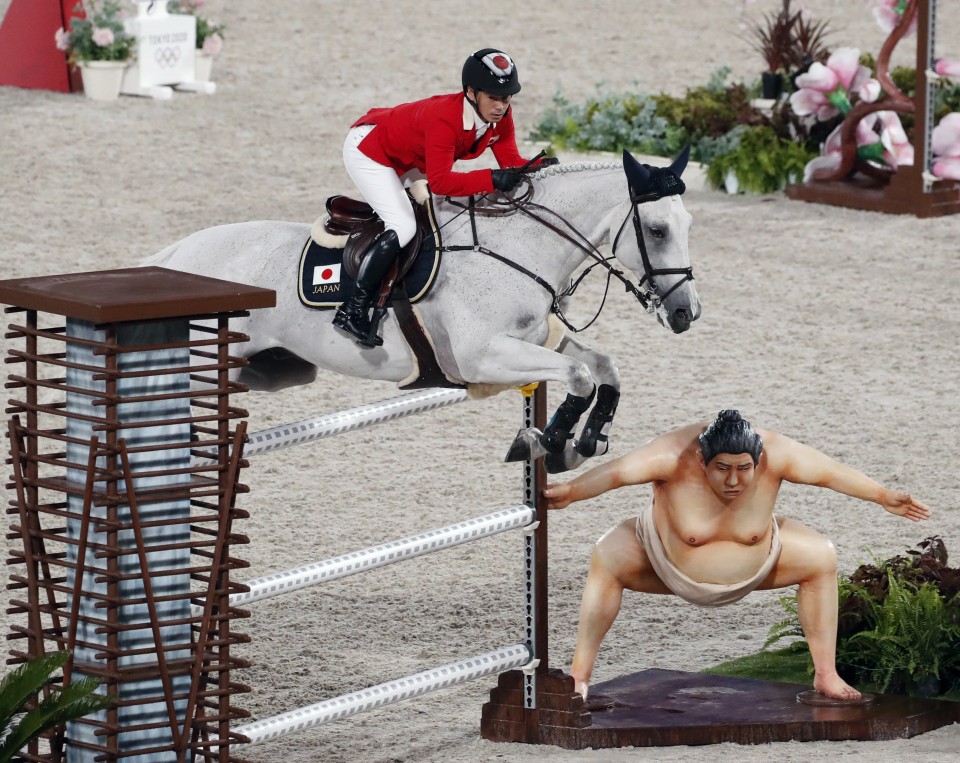 Eiken Sato of Japan competes in the equestrian jumping individual final at the Tokyo Olympics on Aug. 4, 2021, at Equestrian Park in Tokyo. (Kyodo) ==Kyodo

The healthy sibling rivalry motivated middle child Eiken to work hard. He learned by watching videos of top riders, rode first thing in the morning and as soon as he got back from school, still dressed in his uniform.

He chose equestrian over college and relocated to Belgium at age 18, joining Stephex Stables to the north of Brussels.

Eiken returned to Japan in 2014 and took a break from competition to spend more time with his family, but restarted his career in Germany in 2019 with his eyes on his home Olympics.

The coronavirus pandemic derailed Olympic preparations across the world and Sato, like all athletes, had put his Tokyo Games plans on hold.

With that and other challenges Eiken faces at Equestrian Park in Tokyo where Olympic events are taking place, his 70-year-old father offered his son some Zen advice, saying before the final that the key to overcoming obstacles is finding peace of mind.

Thanks to his father, jumping over obstacles has become Eiken's specialty, literally and figuratively. He will put that to the test again when he competes in the team event on Friday.