Japan's Mai Murakami claimed the bronze medal in the women's floor exercise at the Tokyo Olympics on Monday, making history as the first female gymnast from the country to finish on the podium in an individual event.

American Jade Carey took gold with 14.366, 0.166 point ahead of Italy's silver medalist Vanessa Ferrari. Murakami nailed a flawless routine to land in a tie with Russian Angelina Melnikova for bronze with 14.166 points at Ariake Gymnastics Centre. 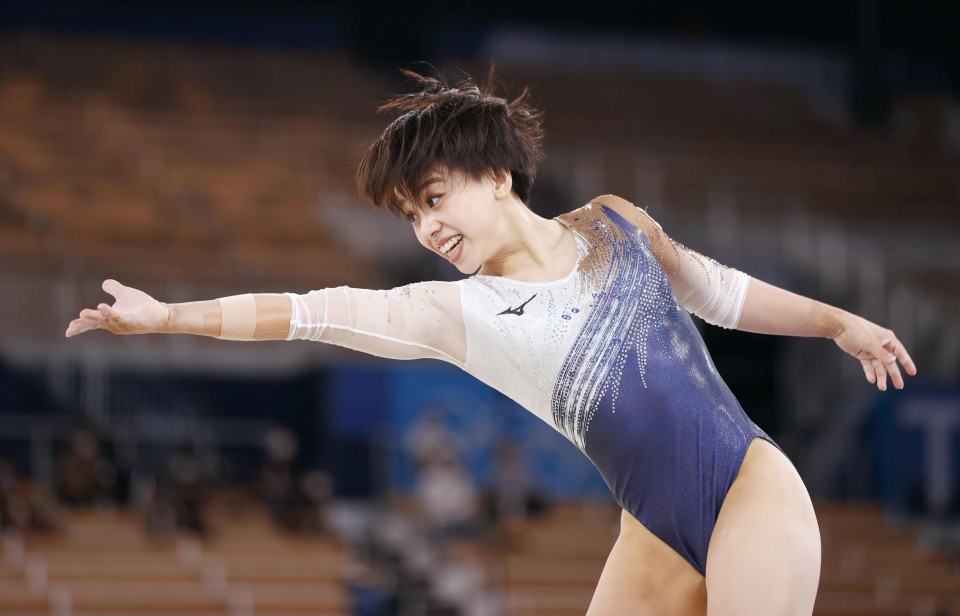 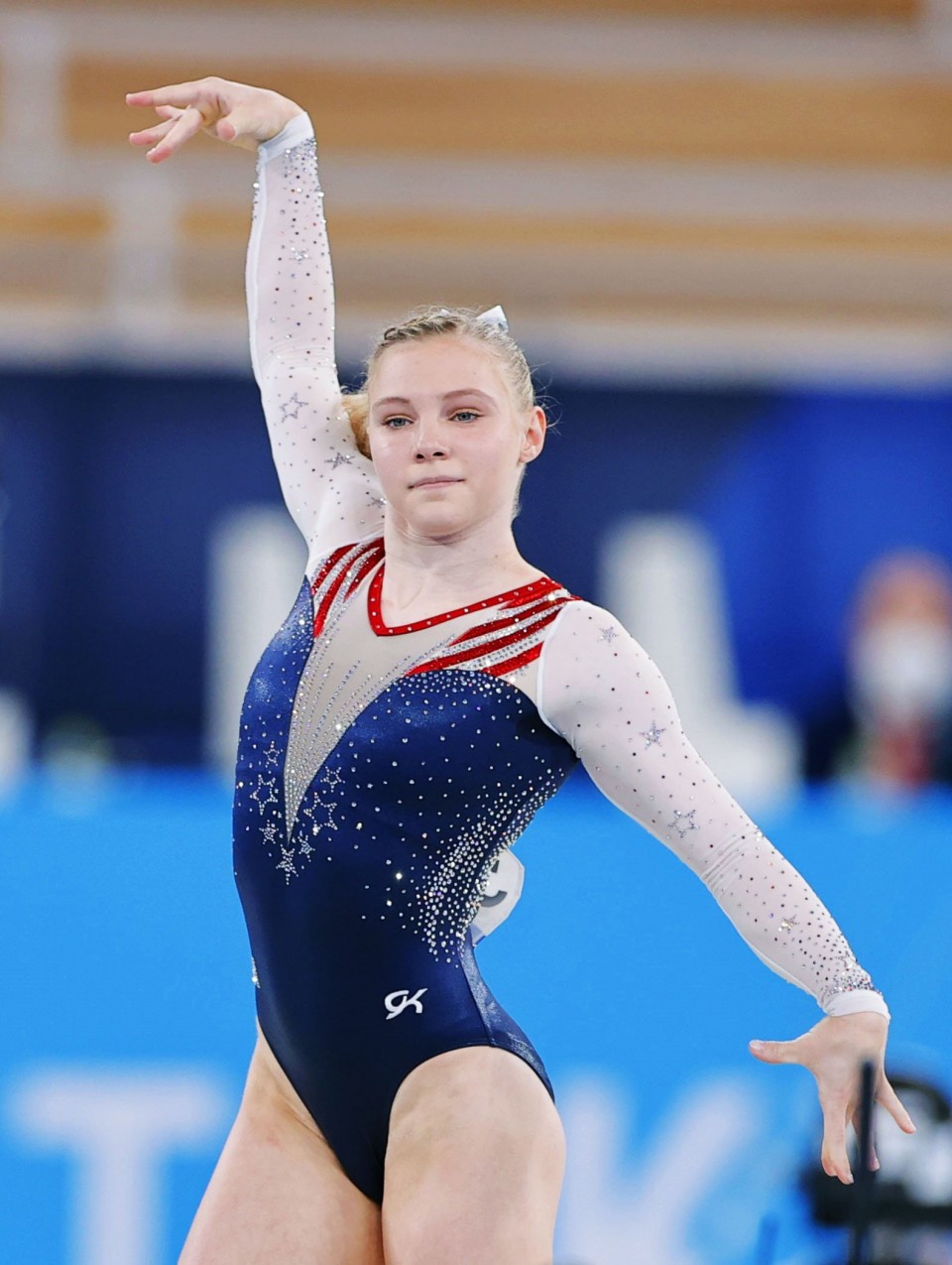 Murakami, competing in her second Summer Games, also became the first woman from the country to claim a medal in gymnastics since Japan took bronze in the team event at the 1964 Tokyo Olympics.

"It was the best performance that I could do and I finished third," said the 24-year-old Murakami, a gold medalist in the event at the 2017 world championships. "It was the best competition and I couldn't have done better."

She was the sixth gymnast to take the floor in the eight-woman final, and landed all of the elements in her tumbling series cleanly, including her trademark "Silivas" move, a double twisting double tuck somersault.

The Japanese ace and Melnikova had the same scores for difficulty and execution. The 21-year-old Russian picked up her third medal at these games, after taking gold in the team event and bronze in the individual all-around.

"I was really disappointed about my floor exercise at the Rio de Janeiro Olympics, so I wanted to win a medal at the next Olympics. I've been working very hard to make that dream come true, so I'm really glad," Murakami said of the previous Summer Games, where she finished seventh in the event.

Her bronze was the fourth gymnastics medal for the host country at these games following a solid run by Japanese gymnasts in the men's events. Daiki Hashimoto won the all-around event after leading his squad to silver in the team event, and Kazuma Kaya won bronze in the pommel horse.

Carey was competing after she finished bottom of the field in the vault final on Sunday. She nailed a routine with the highest difficulty score and received a standing ovation from her teammates, including defending champion Simone Biles, who had pulled out of the event to focus on her mental health.

"Coming back from a day like yesterday, I'm really proud of myself for being able to put that behind me and finish with probably the best floor routine I've ever done in my life," Carey said.

Biles, a four-time Olympic gold medalist, will contest the beam event on Tuesday, USA Gymnastics tweeted earlier in the day, making a return to competition after withdrawing from several events.

Competing in her fourth Olympics, Italy's Ferrari picked up her first medal at the age of 30.

Murakami finished fifth in both the women's team event and the individual all-around event last week.

In other events on Monday, China's Liu Yang earned 15.500 in the men's rings final to beat countryman You Hao, who scored 15.300. Greece's Eleftherios Petrounias took bronze. 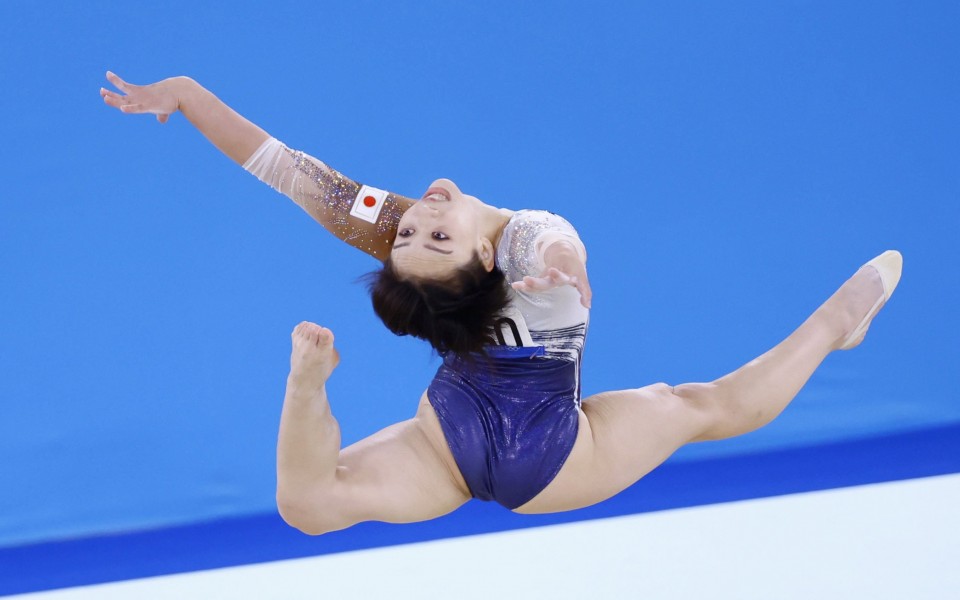