A recent survey by a U.S. think tank showed that 70 percent of Americans supported the withdrawal of U.S. forces from Afghanistan, where the Taliban Islamist group has regained power after almost 20 years of conflict following the Sept. 11 terrorist attacks in the United States.

The survey by the Chicago Council on Global Affairs conducted in July underscores strong public backing, which is behind President Joe Biden's decision to pull out all U.S. troops from Afghanistan despite objections by some critics. 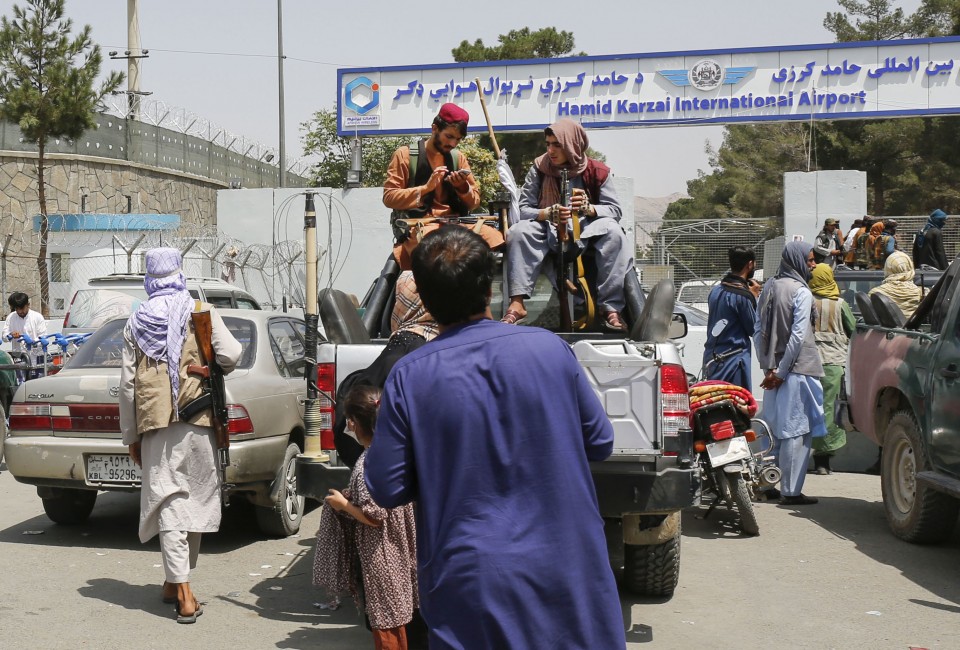 Taliban soldiers are pictured at the entrance of Afghanistan's international airport in Kabul on Aug. 17, 2021, two days after the Taliban swept into the capital. (Kyodo) ==Kyodo

The survey showed that such support spans partisan affiliations, with 77 percent of Democrats and 73 percent of independents agreeing, compared with Republicans at 56 percent.

The survey found that 29 percent opposed the decision to withdraw U.S. troops from Afghanistan. The Sept. 11, 2001 attacks on U.S. soil orchestrated by the Islamic extremist group al-Qaida led the United States to launch a war against the group and the Taliban which harbored it.

After chaos at the international airport in the Afghan capital Kabul swarming with people desperate to flee the Taliban-held nation was broadcast to the world, questions and criticism of the handling of the U.S. withdrawal mounted.

Biden said in a speech from the White House that the "only vital national interest in Afghanistan" remains preventing a terrorist attack on the American homeland. 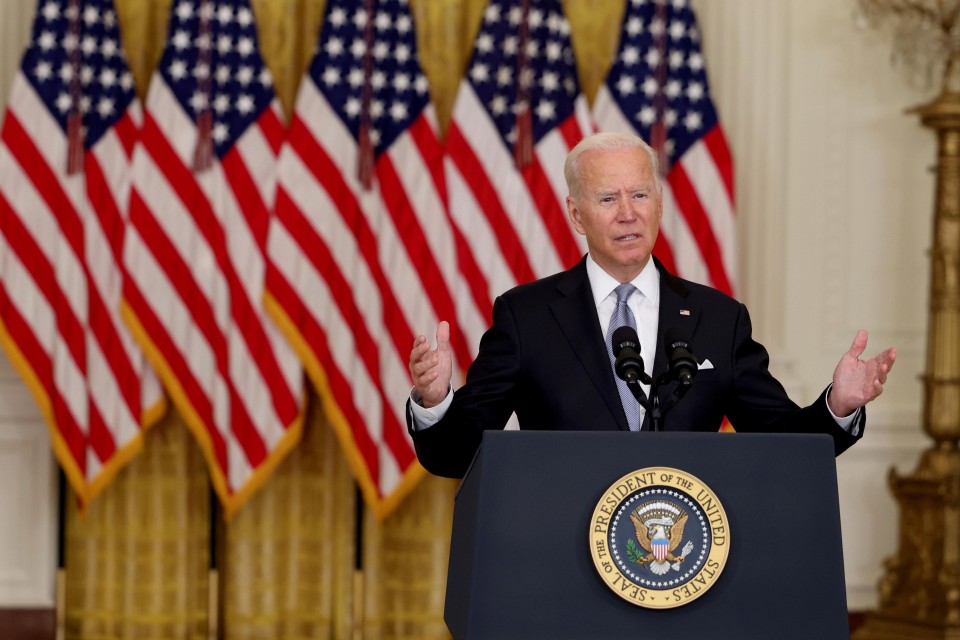 U.S. President Joe Biden gives remarks on the situation in Afghanistan from the East Room of the White House in Washington on Aug. 16, 2021. (Getty/Kyodo)

His remarks came after Taliban forces entered Kabul on Aug. 15, leading to the collapse of the Afghan government.

In another survey by the Associated Press and NORC at the University of Chicago conducted this month, most Americans, 62 percent, said the war in Afghanistan was "not worth fighting," as the U.S. public is more concerned about the threat caused by domestic extremist groups.

The figure is higher among Democrats at 67 percent compared with that of Republicans at 57 percent.

In the meantime, Biden told U.S. media that U.S. troops will remain there until every American is evacuated, even beyond his Aug. 31 deadline for withdrawal.

Biden stressed at the same time that the U.S. government will try to evacuate Americans and U.S. allies in Afghanistan by the deadline, as well as expand refugee access for vulnerable Afghans who worked for the U.S. Embassy and other organizations.

His predecessor Donald Trump negotiated with the Taliban that U.S. forces would leave Afghanistan by May 1, 2021, and their presence had already drawn down from around 15,500 to 2,500 troops during his administration, according to the White House.

G-7 calls on Taliban to ensure safety of civilians