Some Australian athletes will be forced to undergo a total of 28 days in quarantine after returning from the Tokyo Olympic Games, due to changing state border restrictions amid outbreaks of the highly infectious Delta strain across Australia.

At least 16 of the country's returning Olympians are being hit with a further 14 days of home quarantine as they seek to travel on to their homes in South Australia after landing in Sydney, despite already having completed the mandatory two-week hotel quarantine for international arrivals in the country's largest city. 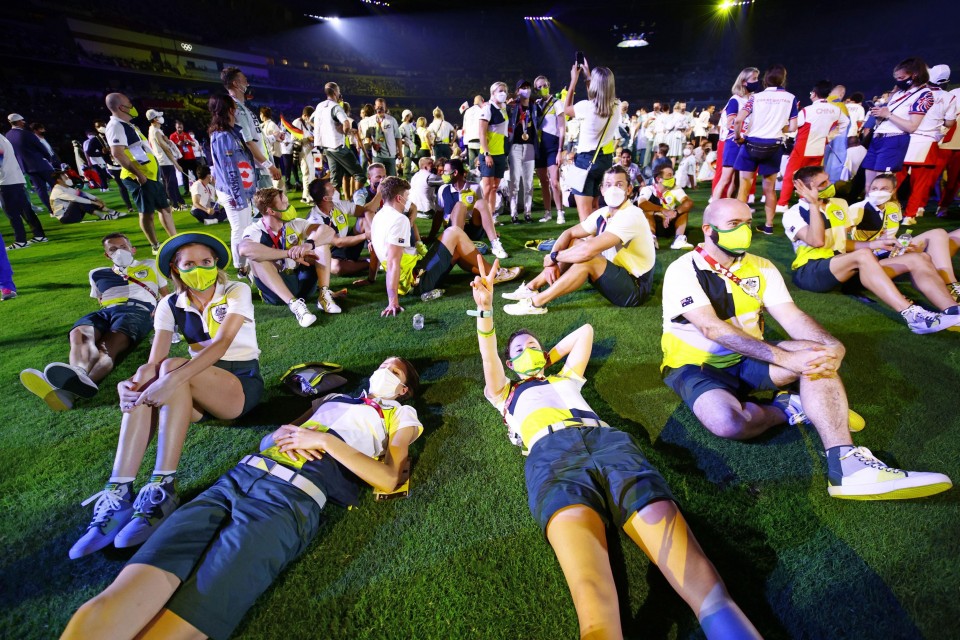 Australian athletes are pictured during the closing ceremony of the Tokyo Olympics at the National Stadium on Aug. 8, 2021. (Kyodo) ==Kyodo

International arrivals who had completed quarantine there were previously allowed to travel to South Australia without the need for further quarantine.

However, the state tightened its border restrictions last month after a returned South Australian resident who had completed the 14-day quarantine in Sydney tested positive for the novel coronavirus, sending the state into a snap seven-day lockdown and prompting authorities to impose a second round of home quarantine for all travelers coming from Sydney.

The Australian Olympic Committee has hit out at the South Australian government for the tough measures after its appeals to grant exemptions for the fully vaccinated athletes were denied.

"While other countries are celebrating the return of their athletes, we are subjecting ours to the most cruel and uncaring treatment," AOC Chief Executive Matt Carroll said Wednesday.

"They are being punished for proudly representing their country with distinction at the Olympic Games," he said.

South Australian Premier Steven Marshall sympathized with the athletes' plight but refused to budge on the matter. "It is tough. We feel for these athletes. But every person coming in from Sydney is required to do 14 days," he told reporters on Thursday.

South Australia has so far managed to avoid widespread outbreaks of the Delta variant of the virus that currently see its neighboring states of New South Wales and Victoria under strict lockdowns as they struggle to curb the rate of community spread.