International Olympic Committee chief Thomas Bach said Friday the Tokyo Games have "far exceeded" his expectations with two days to go, as anti-coronavirus measures have worked and the performance of the athletes has moved him.

Bach expressed his full confidence in the handling of the COVID-19 situation by authorities in Japan, as it struggles to rein in infections with cumulative cases nationwide confirmed as topping 1 million. 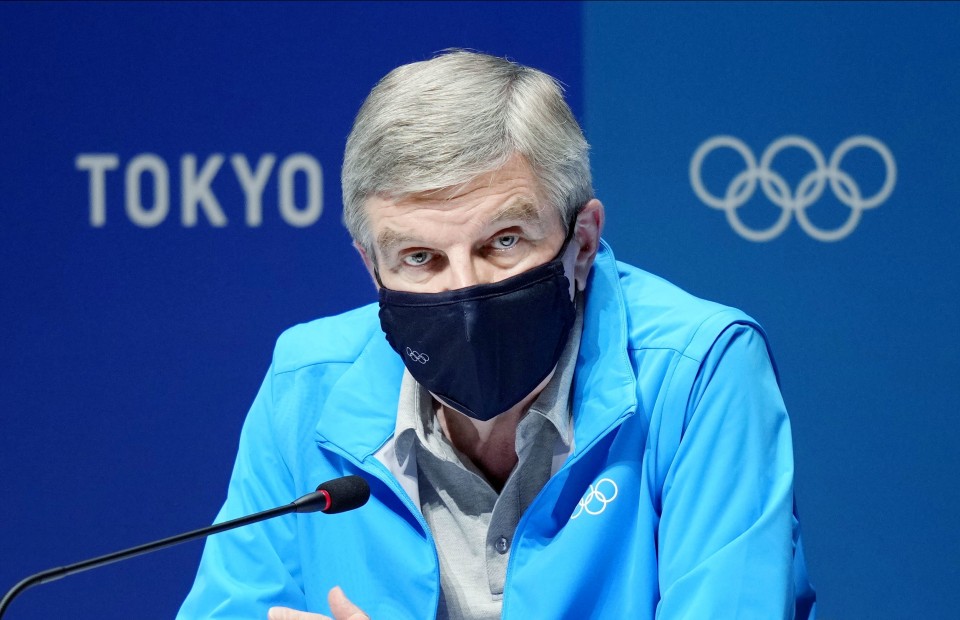 History will make a judgment on the games held under unusual circumstances, the IOC chief said ahead of the closing ceremony on Sunday.

"I never had any doubt about the preparedness of Japan, the organizing committee and the Japanese people," Bach said at a press conference.

"Tokyo is the best-ever prepared Olympic city. This has proven to be true," he said, citing reasons such as the "efficiency" of anti-COVID-19 measures implemented before and during the 17-day games.

The pandemic has made the Tokyo Games a largely TV-only event with no spectators permitted at most of the competition venues. The Japanese public was divided over whether the games, postponed by one year due to the pandemic, should go ahead this summer.

The organizers had pledged to realize a "safe and secure" games by taking proper anti-coronavirus steps. Athletes have been asked to wear masks when receiving their medals.

Bach justified the decision to make the Tokyo Olympics different from past games due to the pandemic.

"I would not like to make a judgment on what history will think of us in 100 years from now. This is up to the future generations," he said.

"But what we can see now is that the Olympic Games are coming at the moment when the world is longing for such a symbol of hope and also the efficiency to show that even under these conditions, you can organize such a worldwide event."

Over 380 people associated with the Tokyo Olympics have tested positive but most of them were workers and residents of Japan who did not stay in the athletes' village, according to the organizing committee.

The organizers have been striving to make sure that there is no transmission from the Japanese population to the Olympic participants or vice versa.

During the press conference, the IOC president said he believes the spike in the number of coronavirus cases in Tokyo has no direct or indirect link to the Olympics.

Some experts have warned that the festive atmosphere created by the games would lower the public's guard against the COVID-19 crisis even when Tokyo is under a state of emergency.

"These claims of indirect effects are pretty unsubstantiated," Bach said, adding he is not aware of any figures supporting them.

Facing criticism of his government's coronavirus response, Prime Minister Yoshihide Suga maintains that the recent surge in COVID-19 cases should not be blamed on the Olympics.

The Olympics will be followed by the Paralympics from Aug. 24 to Sept. 5.

"In sports, we know you have to cross the finish line until you know the final results," Bach said.