President Joe Biden on Thursday signed a memorandum allowing Hong Kongers in the United States to extend their stay as a "temporary safe haven," in a show of support for the former British colony facing China's crackdown on democracy.

Under Biden's direction, the United States will defer for 18 months the removal of any Hong Kong resident who is present in the country under certain conditions, such as not having been convicted of a felony or multiple misdemeanors. 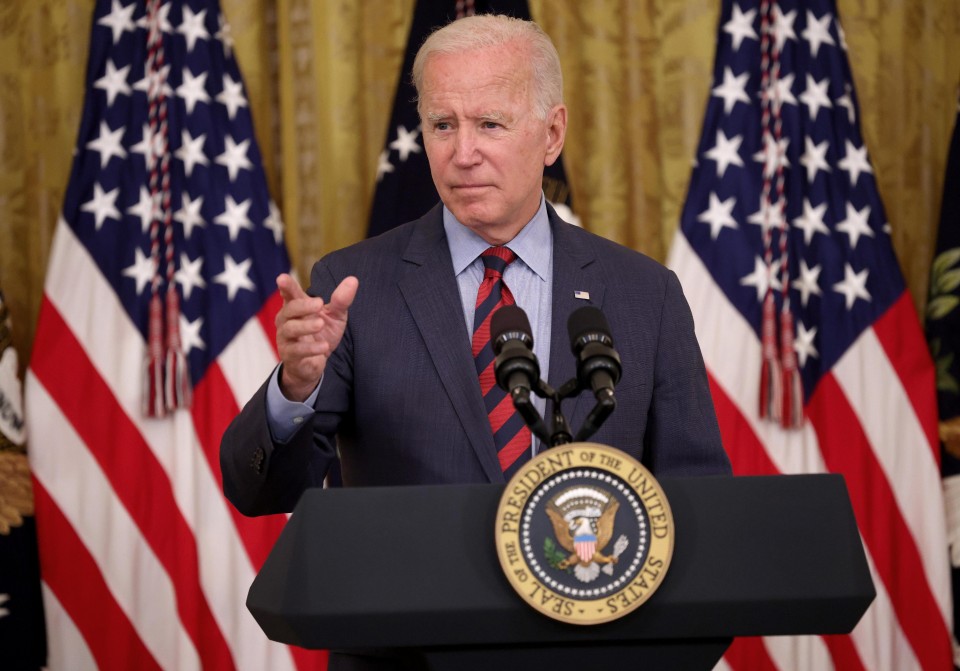 U.S. President Joe Biden takes questions during an event at the White House in Washington on Aug. 3, 2021, where he addressed the importance of people getting a COVID-19 vaccination. (Getty/Kyodo)

"Offering safe haven for Hong Kong residents who have been deprived of their guaranteed freedoms in Hong Kong furthers United States interests in the region," Biden said in the memorandum, adding, "The United States will not waver in our support of people in Hong Kong."

Under China's "one country, two systems" policy, Hong Kong was promised it would enjoy the rights and freedoms of a semiautonomous region for 50 years after the former British colony's return to Chinese rule in 1997.

But China has stepped up moves to undermine Hong Kong's autonomy and democracy through the enactment of a national security law last year aimed at cracking down on what Beijing views as subversive activity in the territory.

On Friday, the Chinese Foreign Ministry's Hong Kong office issued a statement condemning the U.S. move as a "blatant interference" in the internal affairs of China and Hong Kong.

The Office of the Commissioner also slammed the United States for "slandering and discrediting" Hong Kong's national security law in a "glorification of anti-Chinese elements," emphasizing that the law has helped restore stability in the territory.

Since the imposition of the law in June 2020, Hong Kong police have continued a campaign of politically motivated arrests, taking into custody at least 100 opposition politicians, activists and protesters on charges related to the law, including secession, subversion and terrorist activities, the memorandum said.

Over 10,000 individuals have been arrested for other charges in connection with anti-government protests, it added.

"We will not stand idly by as the PRC breaks its promises to Hong Kong and to the international community," White House Press Secretary Jen Psaki said in a statement, using the acronym of China's official name, the People's Republic of China.

"We will continue to take steps in support of people in Hong Kong," she added.