The focus of the local election was initially on the port city's bid to host a casino after Japan legalized their operation as part of so-called integrated resorts in 2018.

But as the highly contagious Delta variant put a strain on the country's medical system, bringing Kanagawa Prefecture where Yokohama is located under a state of emergency along with many other prefectures, voters' attention shifted to Okonogi's ties with Suga, who leads the country's coronavirus response, political analysts said. 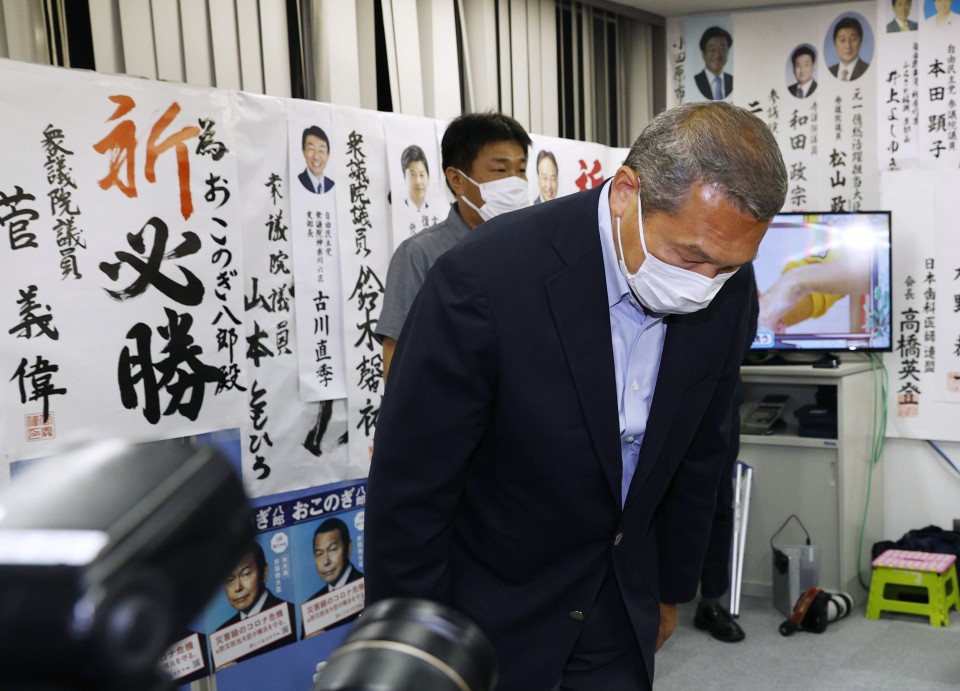 With what was expected to be an easy win under normal circumstances for Okonogi turning into a bitter defeat, Suga, who is already suffering a plunge in approval ratings over his coronavirus response, will now face growing doubts among party members about whether they can survive the general election under his leadership.

A Kyodo News poll in mid-August showed the approval rate of Suga's Cabinet stood at 31.8 percent, the lowest for his Cabinet and down from over 60 percent at its launch in September.

Suga's term as president of the ruling Liberal Democratic Party and hence the country's prime minister is set to expire on Sept. 30, and a general election is also looming as the House of Representatives members' term expires on Oct. 21.

His earlier scenario had been to vaccinate the population against the novel coronavirus as quickly as possible, stage a successful Olympic Games to get a boost in public sentiment, and dissolve the more powerful chamber of the parliament for a general election after the Tokyo Paralympics end on Sept. 5 and win the LDP leadership race unchallenged.

But vaccination of those who wish to receive shots has yet to be completed, and Suga has come under fire for allowing organizers to hold the Tokyo Olympics as scheduled as novel coronavirus cases surged during the Olympic period.

"With the defeat of Mr. Okonogi, it is likely that moves to replace Mr. Suga, hold a full-fledged LDP leadership race and prevent Mr. Suga from dissolving the lower house will emerge," Nakano said.

"His close aide Mr. Okonogi getting defeated in the election on Mr. Suga's home ground, even after changing his stance to be against integrated resorts, is certain to fuel views among LDP lawmakers that they cannot fight the general election under Mr. Suga," he said.

In contrast, Takeharu Yamanaka's victory in the LDP stronghold provides a boost to the main opposition Constitutional Democratic Party of Japan that backed him along with the Japanese Communist Party and the Social Democratic Party, while reassuring them that their efforts to join forces pay off.

Still, Toru Yoshida, professor of political science at Doshisha University, said the opposition is far from gaining enough momentum to bring about a change of government at the next general election.

"Both the ruling and opposition parties are likely to enter the general election on a weak note," Yoshida said.

Dissolving the lower house in early September for a general election has already become difficult for Suga after his government was forced to extend the COVID-19 state of emergency to Sept. 12 in the wake of the virus resurgence.

Several senior administration officials said that Suga, who has repeatedly said he puts top priority on the coronavirus response, will not dissolve the lower house while a state of emergency is still in place.

Now the Yokohama election defeat, combined with the low Cabinet approval rating, is certain to fan more calls among LDP lawmakers for holding the leadership race before the general election rather than after to seek a change of leader.

"There are many LDP lawmakers who do not wish to go into the general election under Prime Minister Suga. If we put the leadership election off, the party will not last," said an LDP source.

The LDP is expected to hold its presidential election with campaigning to begin on Sept. 17 and voting on Sept. 29, but the question of who can be an alternative to Suga remains.

Sanae Takaichi, known as a conservative member of the LDP who is close to former Prime Minister Shinzo Abe, has already expressed her intent to run in the presidential election when its schedule is decided Thursday, while LDP policy chief Hakubun Shimomura has also expressed his interest in running. 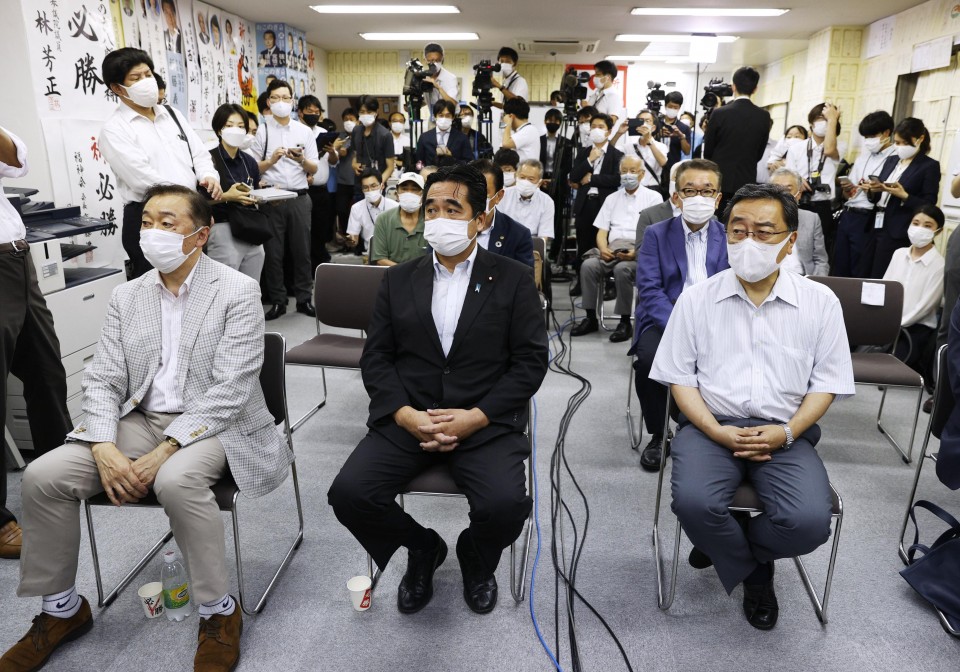 But whether they will be able to collect signatures from 20 supporting members needed to run in the election remains uncertain. Takaichi does not belong to any faction within the party, while the party's largest faction Shimomura belongs to is led by Hiroyuki Hosoda, who has already expressed his support for Suga.

Former Foreign Minister Fumio Kishida, who ran in the last leadership race against Suga, is also seen as a potential candidate.

Although there is still a small window for Suga to dissolve the lower house between the potential end of the state of emergency on Sept. 12 and the expected start of campaigning on Sept. 17, experts say Suga would likely aim to hold off the election for as long as possible, given the approval rating has moved in tandem with the coronavirus situation.

Doshisha's Yoshida said the only chance for Suga to gain a boost in approval is to wait to see how vaccinations against the novel coronavirus progress and when the number of infection cases decline.

"The number of coronavirus cases will not continue to rise forever. It will fall at some point, which will be the time for calling the election," Yoshida said.

"The longer Suga waits, the higher the possibility that the numbers will fall, and that's when he must take his chance of survival."