No. of private lodgings in Japan falls with demand lost due to virus

The number of private properties for vacation rental in Japan has declined as the novel coronavirus pandemic caused a nosedive in travel demand, dashing hopes for more foreign visitors during the Tokyo Olympics and Paralympics.

As of July 12, there were 18,578 vacation rental homes and apartments registered under the country's law on private lodging business, compared with a peak of 21,385 in April 2020, according to data released by the Japan Tourism Agency. 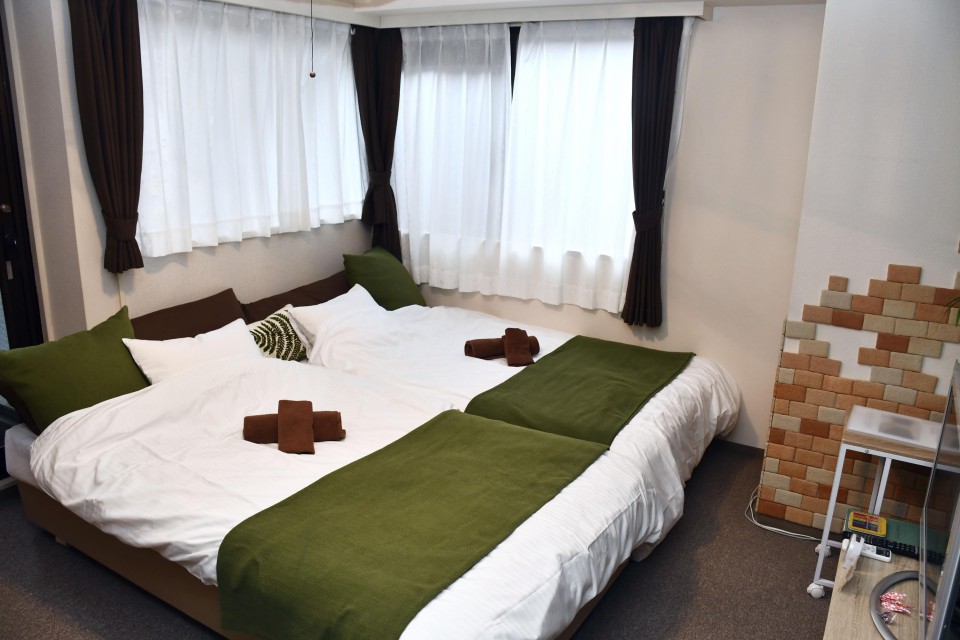 In fiscal 2020 through March this year, a total of 1.14 million people stayed in those private lodgings, down 77 percent from the previous year.

Private lodging, known in Japan as "minpaku," has gained attention since a law legalizing it took effect in June 2018 to relieve a shortage of hotel rooms amid an inbound tourism boom.

Before the global spread of COVID-19 in early 2020, concerns had grown that there would be a shortage of accommodation during the Tokyo Games, especially in Tokyo, Osaka and other major cities, resulting in a surge of registered private lodgings at a pace of several hundred units per month.

The Tokyo Olympics and Paralympics, originally scheduled for the summer of 2020, were postponed for a year due to the pandemic. The decision to stage the Summer Games mostly without spectators to prevent spread of the virus hit private lodging operators.

Among the 289 lodging operators who reported the closure of their businesses from September to October 2020 and responded to a survey, 49 percent said they could not expect to make any profit.

With the disappearance of foreign tourists, the main customers of minpaku facilities, operators see no signs of a recovery in tourism demand.

The government's "Go To Travel" subsidy campaign for domestic tourism, covering private accommodation, has been suspended nationwide since Dec. 28 due to a resurgence of coronavirus infections.

Some local governments are offering their own travel discount campaigns, but these are limited to hotels and inns, and do not cover private lodgings.

The government plans to conduct a survey by March next year on the use and management system of vacation rentals, with a possible review of the lodging system in preparation for a post-pandemic travel demand recovery.

Items to be considered by the envisioned review would include legal restrictions, such as the limitation of accommodation offered by private lodgings to 180 days per year.

While vacation rentals allow for long stays at lower prices than hotels and inns, they also make use of vacant rooms and houses in areas across Japan that are seeing population declines.