Motegi filed the request in a meeting with Raisi, an anti-U.S. hard-liner who took office earlier this month, in the Iranian capital.

Since Japan has established friendly relations with Iran while also being allied to the United States, Motegi's visit was expected to pave the way for promoting dialogue between Iran and the West. 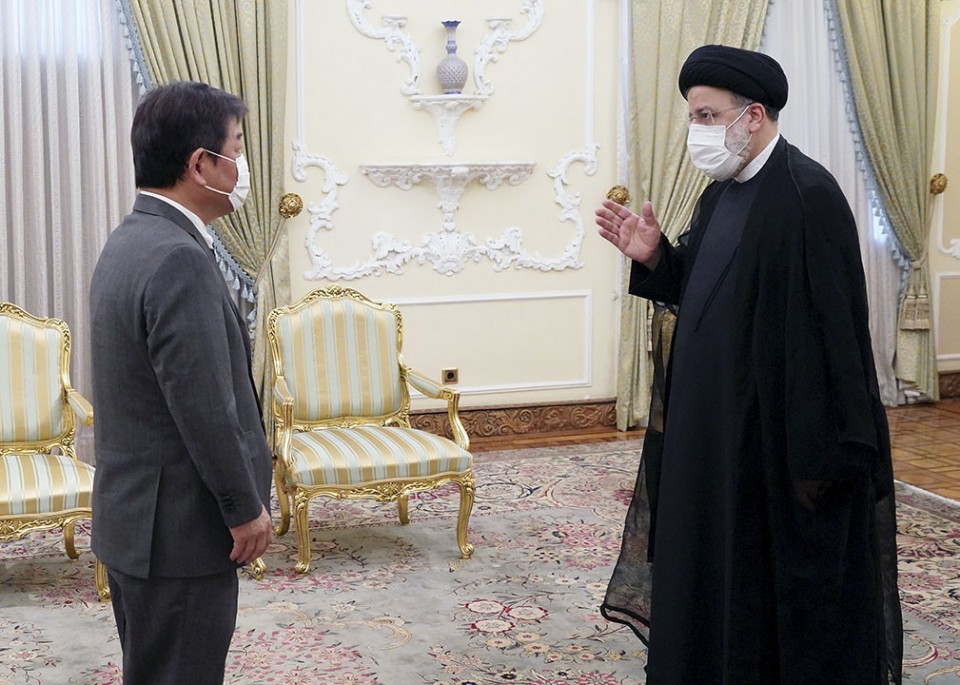 Motegi and Raisi affirmed they will try to strengthen the traditional relationship between Japan and Iran.

Topics also high on the agenda were to prevent further deterioration of the crisis in Afghanistan, where the militant Islamist Taliban have taken control, from becoming a destabilizing factor for the international community, the ministry said.

It was the first time Raisi had held talks with a major democratic country after taking over of reins of power in the country.

Japan to extend $300 mil. in loans for upgrading Iraq refinery