The U.S. military said Friday it had launched a drone strike against the Islamic State in Afghanistan after an attack claimed by the group killed 13 American service members and over 100 Afghans near Kabul's international airport.

The U.S. Central Command said the "counterterrorism operation" was conducted against an "ISIS-K planner," referring to an affiliate of the Islamic State extremist group. 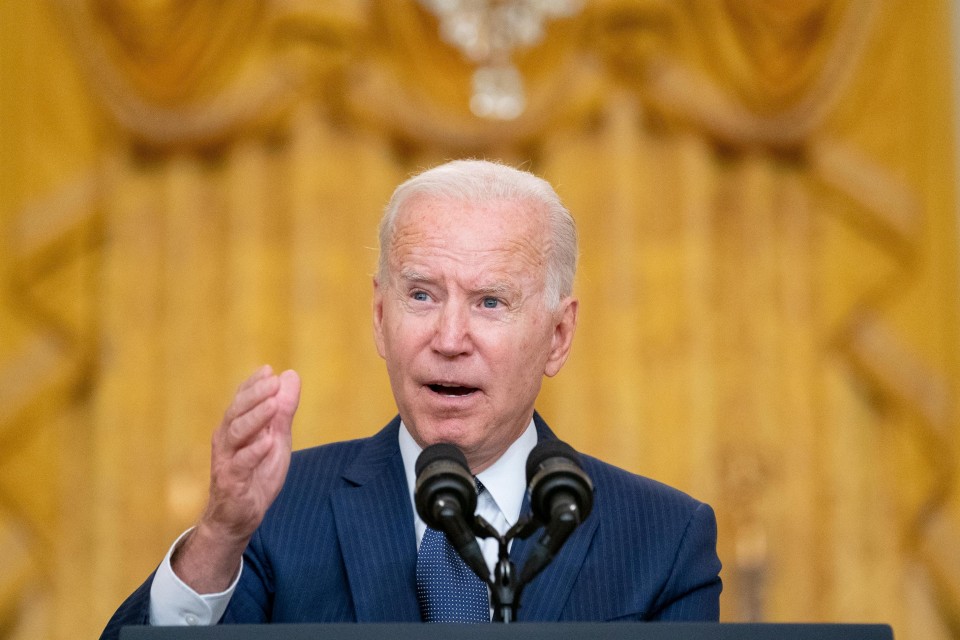 U.S. President Joe Biden delivers remarks on the terror attack that killed and wounded U.S. service members at Hamid Karzai International Airport in Kabul, Afghanistan, in the East Room of the White House in Washington, on Aug. 26, 2021. (UPI/Kyodo)

"Initial indications are that we killed the target," spokesman Capt. Bill Urban said in a statement, adding, "We know of no civilian casualties."

U.S. President Joe Biden had vowed retaliation following a suicide bombing Thursday near the airport in the Afghan capital, where Americans and others have been gathering to evacuate from the country taken over by the Taliban militant group.

At a press conference on Thursday, Biden said he had ordered military commanders to develop plans to strike ISIS-K assets, leadership and facilities in retaliation.

"We will respond with force and precision at our time, at the place we choose, and the moment of our choosing," he said at that time.

Japan evacuates one citizen left behind in Afghanistan