"Double diamond" viewing under way at Japan's other Mt. Fuji

A spectacular phenomenon that can be seen only for a few minutes at a Japanese mountain closely resembling Mt. Fuji can be viewed until the end of August in Marugame, Kagawa Prefecture.

"Double Diamond Sanuki Fuji" occurs when the sun rises over the peak of Mt. Iino, also known as Sanuki Fuji, and glitters on Miyake Pond, with the reflection creating an image that gives an impression of two sparkling diamonds. 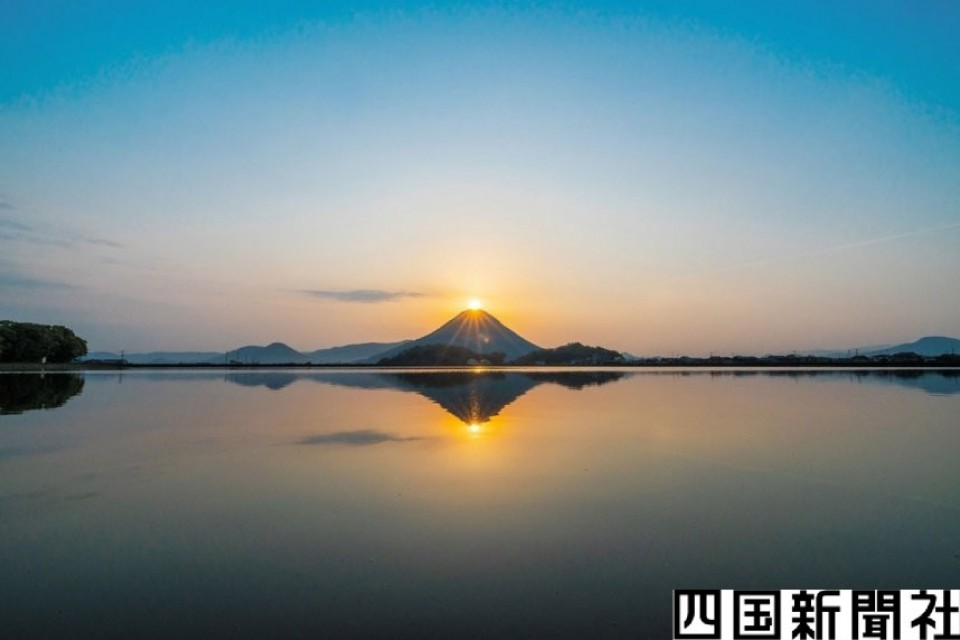 "The best time to see it is until the end of the month, although the (viewing) situation might be difficult if prolonged periods of rain continue," said the Marugame City Tourism Association. "But we have high hopes with sunny weather being forecast."

Double Diamond Sanuki Fuji can be seen during fine, windless weather for limited periods in mid-April and late August.

Windy days make the water choppy and ruin the possibility of taking beautiful snaps of this natural phenomenon. The tourism body uses the breathtaking scenery of the Double Diamond Sanuki Fuji for public relations under the name of "Photogenic Marugame."

Every year a large number of spectators and photography enthusiasts gather at Miyaike Pond, which is known as a shooting point. Customary tea entertainment that can normally be enjoyed along the shore of Miyaike Pond has been stopped to prevent the spread of the new coronavirus.