The approval rating for Prime Minister Yoshihide Suga's Cabinet has fallen 4.1 points from a month earlier to a record-low 31.8 percent and 65.1 percent of the public do not want Suga to remain in his post, a Kyodo News survey showed Monday.

The disapproval rating rose 0.8 point to 50.6 percent, the highest level on record since the launch of the Suga Cabinet last September, a sign of public discontent with the government's response to the coronavirus pandemic. 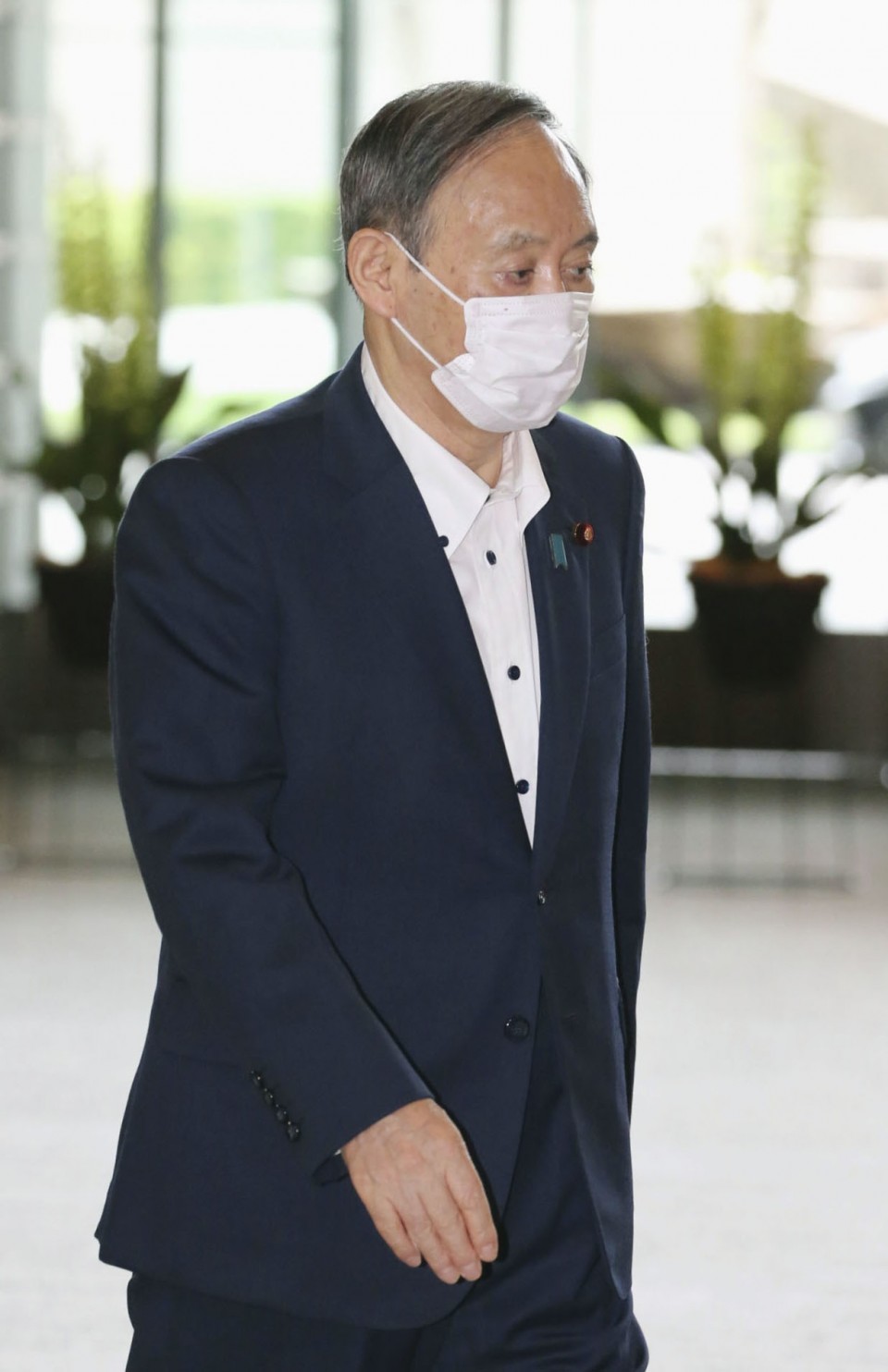 The previous lowest approval rating for the Cabinet since the Liberal Democratic Party returned to power in December 2012 was 35.8 percent in July 2017, when Shinzo Abe was still prime minister.

"There is no telling now how low the rating could go," said one senior member of the LDP, adding the administration "did not benefit from hosting the Olympics and the public doesn't trust the prime minister."

Natsuo Yamaguchi, the head of the LDP's junior coalition partner Komeito, told reporters the public's "dissatisfaction with the (government's) coronavirus response led to the rating fall."

With the Tokyo Paralympics opening next Tuesday, 64.7 percent of respondents want the event to be held without spectators, according to the nationwide telephone survey conducted from Saturday to Monday.

Nineteen percent still believe the Paralympics should be canceled, the survey showed.

The Tokyo Olympics, which ended Aug. 8, were held mostly behind closed doors due to the pandemic.

Regarding the decision by the government and organizers to hold Olympic events amid the pandemic, 62.9 percent of the respondents expressed some degree of satisfaction with the Olympics, while 30.8 percent were dissatisfied with the games.

As the Japanese capital and areas elsewhere have been seeing record numbers of daily COVID-19 cases in recent days, 59.8 percent cited the Tokyo Olympics as one of the contributory factors to the rapid surge of infections in the country.

With hospitals under strain due to a rising number of people in need of medical attention, 79.9 percent said they worry about the government's policy for treating COVID-19 patients.

Suga decided earlier this month that only patients with severe COVID-19 or those at risk of developing severe symptoms can be admitted to hospitals in areas facing a virus resurgence, drawing criticism from the public and both ruling and opposition lawmakers.

The prime minister later clarified that patients with moderate symptoms who are at risk of developing severe symptoms will be admitted to hospitals.

The percentage of respondents supportive of the government's coronavirus measures fell 5.2 points to 28.7 percent, while those not supportive rose 3.6 points to 67.8 percent.

With the pace of COVID-19 inoculations slowing due to supply bottlenecks, 75.5 percent said they felt the vaccination program was sluggish.

Asked which party they plan to vote for under the proportional representation system in the upcoming House of Representatives election, 38.4 percent of the respondents said the LDP and 12.2 percent said the main opposition Constitutional Democratic Party of Japan.

Among other parties, 6.1 percent cited the Japan Innovation Party as their choice, followed by 5.5 percent for the Japanese Communist Party and 5.0 percent for Komeito.