Olympics: Transgender trailblazer Hubbard an agent of change in Tokyo

After three failed snatch attempts on Monday, Laurel Hubbard's Olympic Games were over, but the impact she had as the games' first transgender athlete will last much longer.

Hubbard failed to even reach the clean and jerk phase at Tokyo International Forum, the New Zealander's one 120-kilogram attempt and two at 125 kg all failed. She did, however, change perceptions of what an Olympian can be. 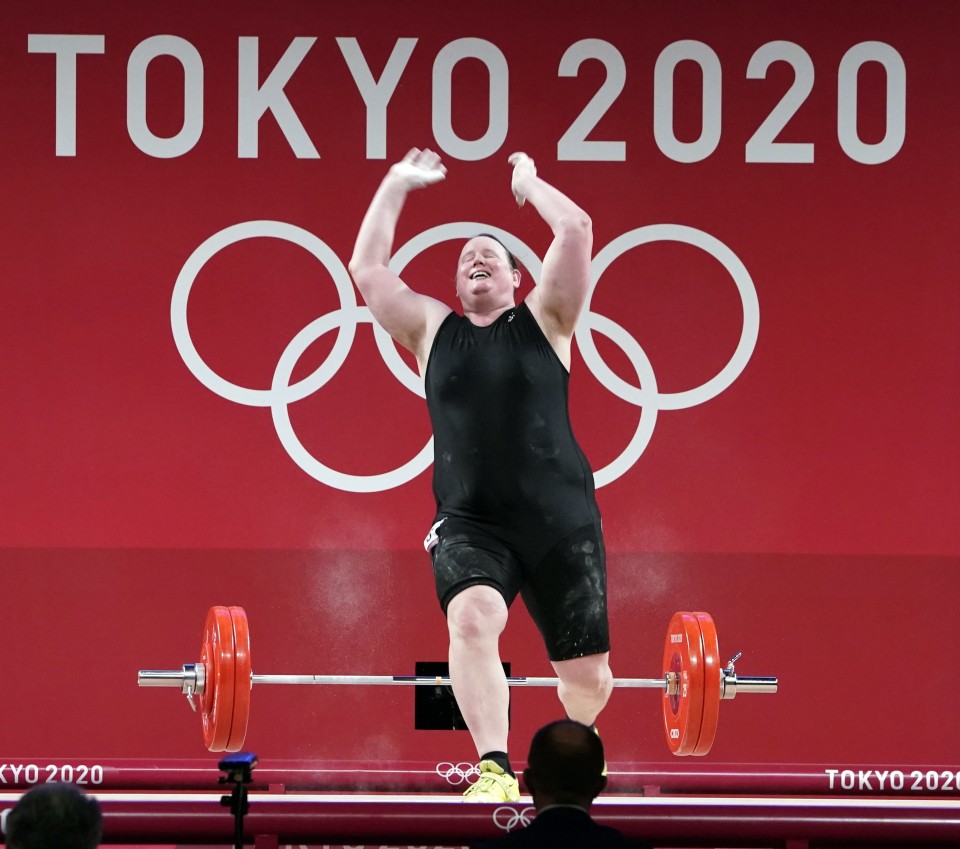 New Zealand's Laurel Hubbard reacts after failing to lift 125 kilograms in the women's weightlifting over 87-kilogram event at the Tokyo Olympics on Aug. 2, 2021, at Tokyo International Forum. (Kyodo) ==Kyodo

Debate raged before and after her inclusion in New Zealand's team, her place as an athlete who had previously competed as a man causing much criticism, celebration and contention.

She lifted in men's competitions until she was 23, quitting the sport then and returning in her mid-thirties. She began competing internationally as a woman in 2017.

She won two world championships medals in 2017, the first by a Kiwi, but as success came so did concern that she was carrying an unfair advantage.

As it turned out, she was unable to make any sort of impact on an over 87-kg competition won by the dominant force of China's Li Wenwen.

She was an incredible 37 kg clear of her nearest challenger, British silver medalist Emily Jade Campbell. Bronze went to Sarah Elizabeth Robles of the United States.

At 43, Hubbard is the oldest lifter at the Tokyo Games, likely to be her one and only Olympic appearance, and at the end of it she was reflective.

"I am not entirely unaware of the controversy which surrounds my participation at these games. And as such I would particularly like to thank the IOC for, I think, really affirming its commitment to the principles of Olympism and establishing that sport is something for all people, it is inclusive, accessible," she said.

She thanked the International Weightlifting Federation for its support and the people of Japan for hosting a games during a pandemic that has so curtailed their lives.

"I think we sort of all know the sacrifices that have been made and the situation in Japan, and so to press on as the hosts have and deliver such an extraordinary event is so commendable. And so if I could just thank the Japanese people, the Japanese government for making this possible."

Upon failing on her third snatch attempt, she waved to the cameras and those in attendance, put her hand on her heart and mouthed "thank you."

Perhaps future generations of trans athletes will do the same for her one day.