Paralympics: World champ Tokairin has no regrets despite missing medal

World champion Dai Tokairin said Tuesday he has no regrets despite narrowly missing the podium and seeing his world record broken in the men's 200-meter individual medley SM14 final at the Tokyo Paralympics.

The 22-year-old from Yamagata Prefecture finished fourth in 2 minutes, 11.29 seconds at the Tokyo Aquatics Centre, touching the wall 1.37 seconds behind bronze medalist Vasyl Krainyk of Ukraine. 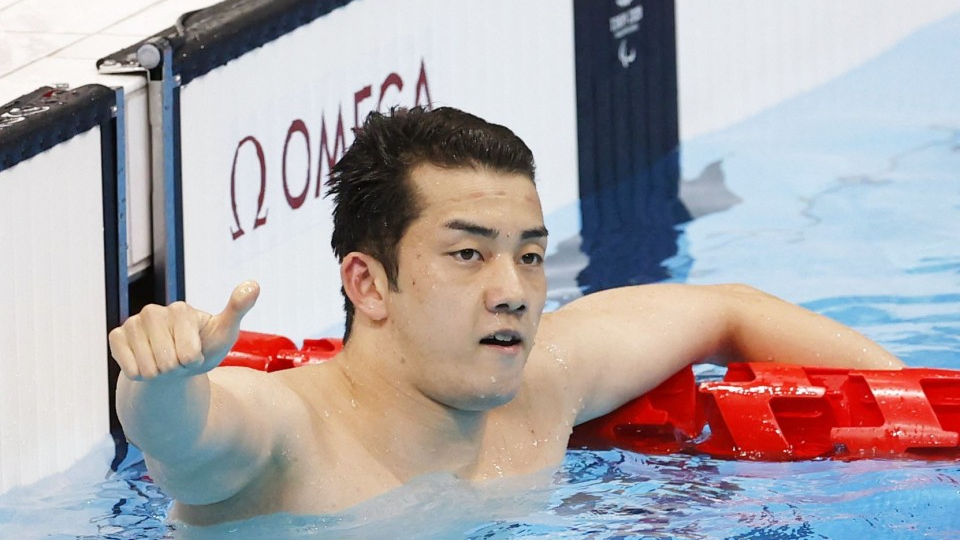 Great Britain's Reece Dunn won gold with a world-record time of 2:08.02, shaving 0.14 off the mark set by Tokairin at the 2019 world championships in London. Brazil's Gabriel Bandeira took silver, 1.54 seconds behind Dunn.

"I think being able to swim without any regrets may be the most important thing, and I don't feel regretful," said Tokairin.

Swimming in one of the outside lanes, Tokairin was well poised after the opening butterfly leg but dropped to the back of the pack on backstroke. He made up ground on breaststroke and stormed home in the final freestyle leg.

Having been deeply frustrated at missing selection for Japan's 2016 Rio de Janeiro Games team, Tokairin said he was proud to finally reach the Paralympics, particularly given the additional obstacles posed by the coronavirus pandemic.

"Even without winning a medal, competing in the Paralympics, in the middle of a difficult situation, is something I can be proud of for the rest of my life," said Tokairin, who set the 11th fastest time in the heats of the 100 butterfly earlier in the meet.

Diagnosed with autism at age 4, Tokairin said he had made an effort to block out external distractions before racing and focus on the task in front of him.

"I had been hearing people say, 'win the gold medal,' or 'set another world record,'" he said. "Before the final, I thought to myself, 'you are your own person, no need to compare yourself to others.'"

"I'm happy I could reach the final competing in my first Paralympics," the 22-year-old Inoue said.

"It's been fun. Seeing Paralympic and world records being set in various events has been wonderful."