The success of the Tokyo Paralympics all depends on whether organizers of the games will be able to control coronavirus infections, International Paralympic Committee head Andrew Parsons said Saturday, as the host city continues to reel from record daily numbers of COVID-19 cases.

In an interview with Kyodo News in Tokyo three days before the opening of the Paralympics, Parsons said other criteria to measure success, such as the number of world records and how many people will watch the world's biggest event for athletes with disabilities, will be less important. 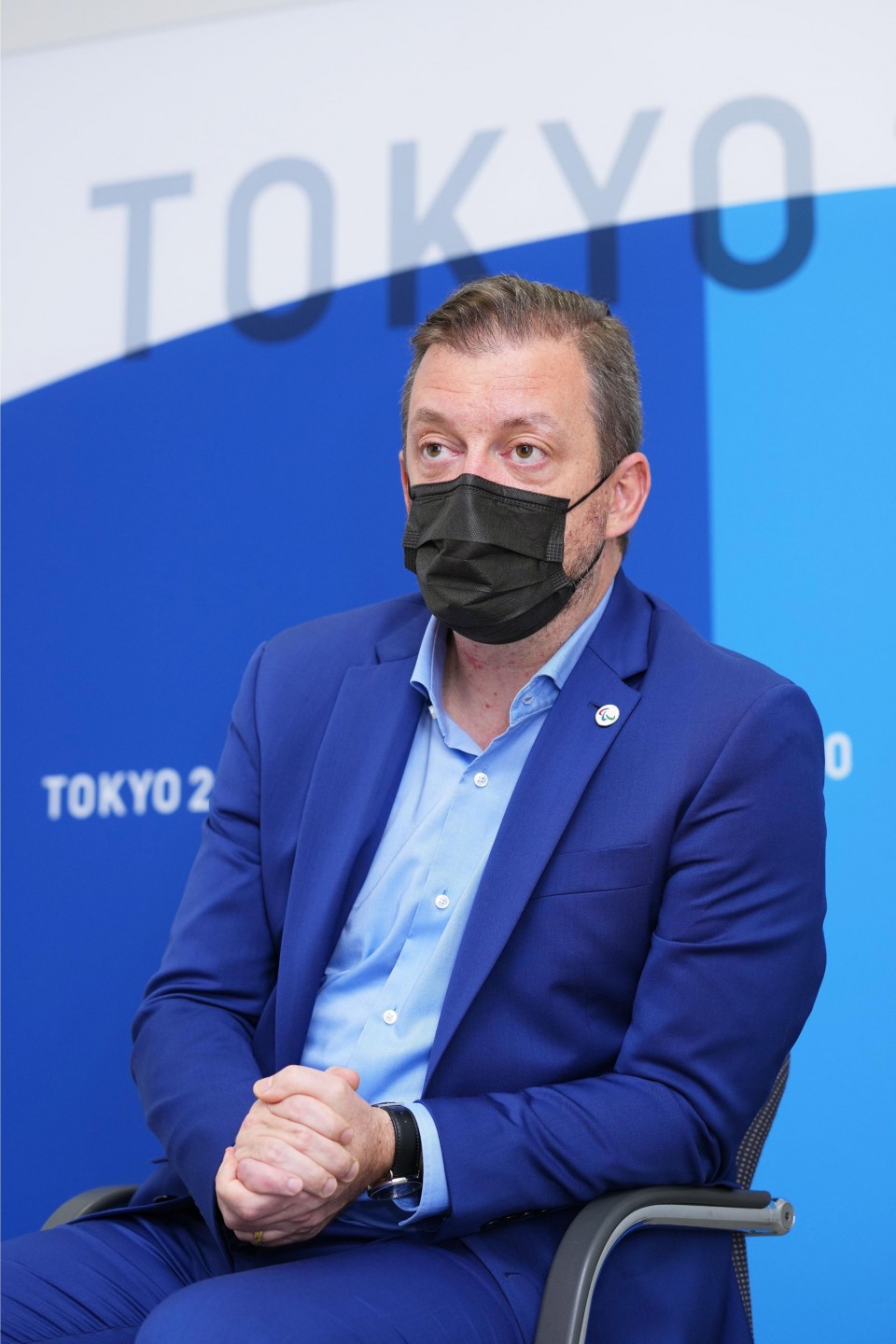 International Paralympic Committee chief Andrew Parsons gives an interview in Tokyo on Aug. 21, 2021, ahead of the Aug. 24 opening ceremony of the Tokyo Paralympics. (Kyodo) ==Kyodo

"The number one principle to organize this games is the safety and wellbeing of everyone," he said, adding that the IPC will do all it can to prevent the spread of infections in and outside the athletes' village using the lessons learned from the Olympics that concluded earlier this month.

While up to 4,400 athletes from nearly 160 countries and a refugee athlete team are expected to compete at the 13-day Paralympics, the organizers have slashed the number of officials from overseas and have decided to stage the games without spectators as a precaution against the virus.

As was the case with the Olympics, the Paralympics will be staged with Tokyo under a COVID-19 state of emergency, with people being asked to stay home.

However, an exception will be made for students participating in a government-backed education program to watch the competitions in person.

"They will be the people who will run this country in the future," said Parsons, who supports the idea of allowing the children into Paralympic competition venues.

He noted that providing an opportunity for students to have contact with people with impairments at an early age will help them grow up with a "more inclusive attitude."

"We have been saying these are the most important Paralympics in history because the pandemic has disproportionately affected persons with disabilities. So even without spectators, we believe that there (will be) a strong legacy," the 44-year-old said.

Parsons said he hopes the absence of ordinary fans will be supplemented by TV broadcasting, as well as the utilization of the internet and social media.

According to the IPC, there are about 1.2 billion people with disabilities worldwide, making up about 15 percent of the global population -- the largest marginalized group.