Miyuki Yamada won the host nation's first medal of the Tokyo Paralympics on Wednesday, in the process becoming the youngest Japanese to reach the podium in the history of the games at just 14 years of age. 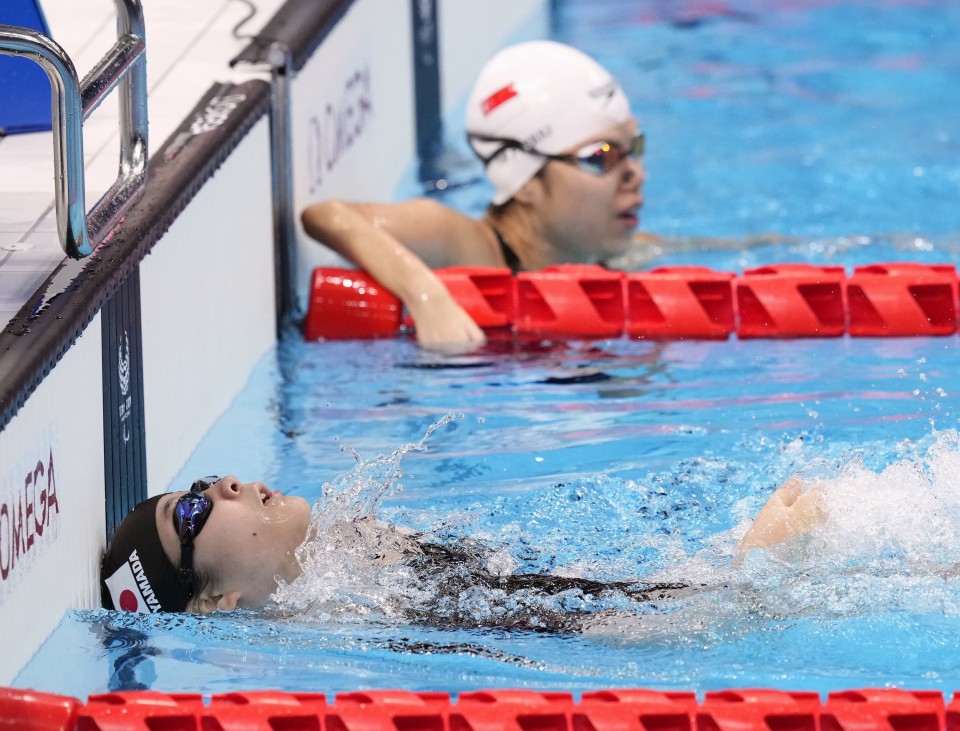 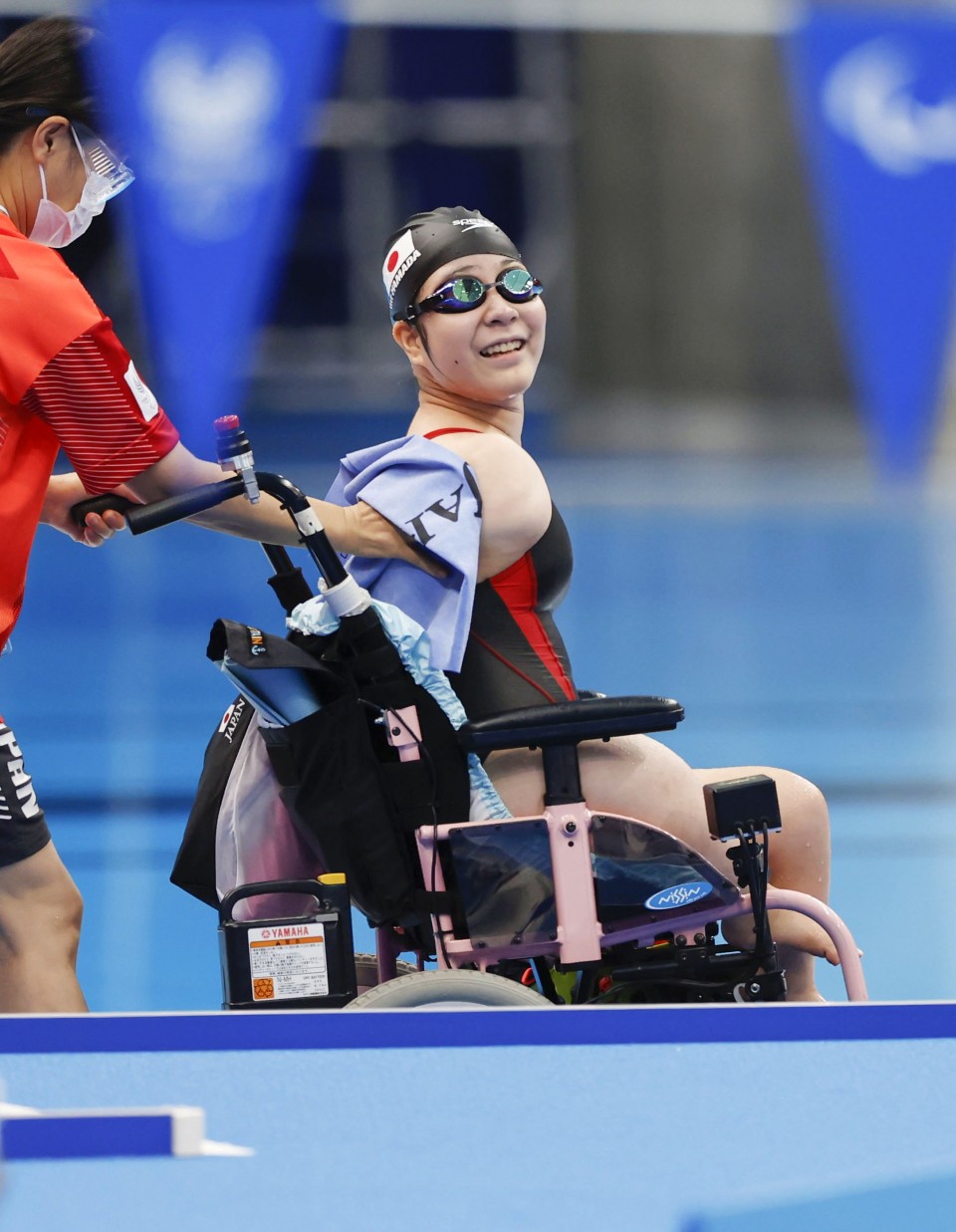 Miyuki Yamada of Japan is pictured after taking silver in the women's S2 100-meter backstroke at the Tokyo Paralympics on Aug. 25, 2021, at Tokyo Aquatics Centre. (Kyodo)

Yamada got off to a blazing start thanks to a great push off the wall but was overhauled by Yip by the end of the first lap.

Yamada has a shot at a second medal in the 50 backstroke on Sept. 2.

Later Wednesday, fellow Japanese Takayuki Suzuki swam to bronze in the men's 50 breaststroke SB3, taking his sixth Paralympic medal and first since 2012. He won this event at the 2008 Games in Beijing. 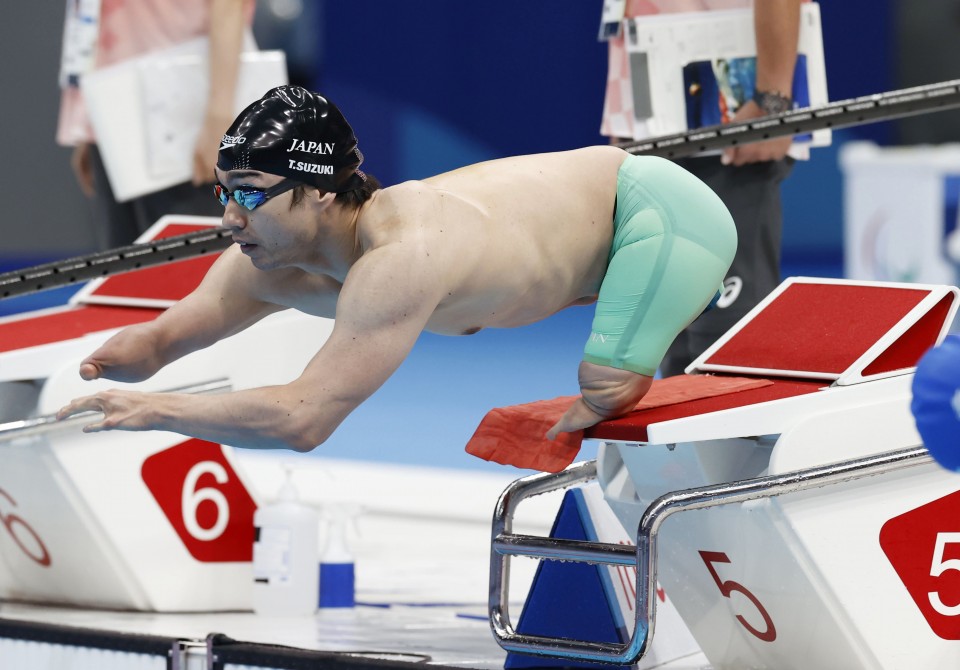 Takayuki Suzuki of Japan dives off the starting block in a heat of the men's SB3 50-meter breaststroke at the Tokyo Paralympics on Aug. 25, 2021, at Tokyo Aquatics Centre. (Kyodo) ==Kyodo

Paralympics: First gold goes to Australia as games kick off