Yoshitomo Tsutsugo went deep for the second straight game for the first time in his two major league seasons Saturday as the Pittsburgh Pirates beat the St. Louis Cardinals 5-4.

Batting cleanup and playing first base, Tsutsugo broke a 1-1 tie by opening the fourth inning with a solo home run off J.A. Happ. He then singled in the decisive fifth run in the seventh off another lefty, Genesis Cabrera (2-4), at Busch Stadium. 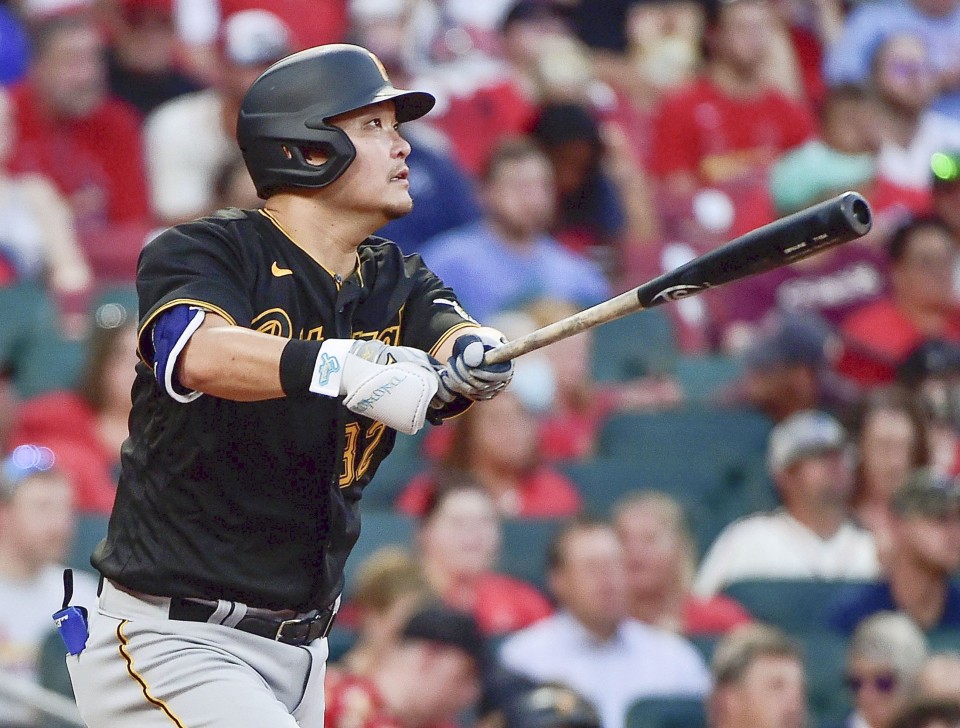 Yoshitomo Tsutsugo #32 of the Pittsburgh Pirates hits a solo home run during the fourth inning against the St. Louis Cardinals at Busch Stadium on August 21, 2021, in St Louis, Missouri. (Getty/Kyodo)

On Friday, Tsutsugo, who joined the Pirates as a free agent Monday after being released by the Los Angeles Dodgers, blasted a ninth-inning, pinch-hit solo shot to help end his new team's five-game losing skid.

The former DeNA BayStars slugger had eight home runs in his first big-league season last year with the Tampa Bay Rays before he was released in May.

Two-way star Shohei Ohtani went hitless for the first time in five games as the Los Angeles Angels lost 5-1 to the Cleveland Indians.

Kenta Maeda (6-5) allowed five runs over 4-1/3 innings and was tagged with a loss as the Minnesota Twins were beaten 7-1 by the New York Yankees. The right-hander left the mound after he felt tightness in his throwing forearm.