Japan to use 1.4 tril. yen in reserve funds for COVID measures

Japan's Cabinet on Friday decided to use 1.4 trillion yen ($13 billion) in fiscal 2021 reserve funds, mainly for additional purchases of COVID-19 vaccines as well as securing medicines for patients.

Of the amount, the government allocated about 841.5 billion yen to procure more vaccines and promote its inoculation rollout as the country struggles to contain a spike in virus infections driven by the highly contagious Delta variant. 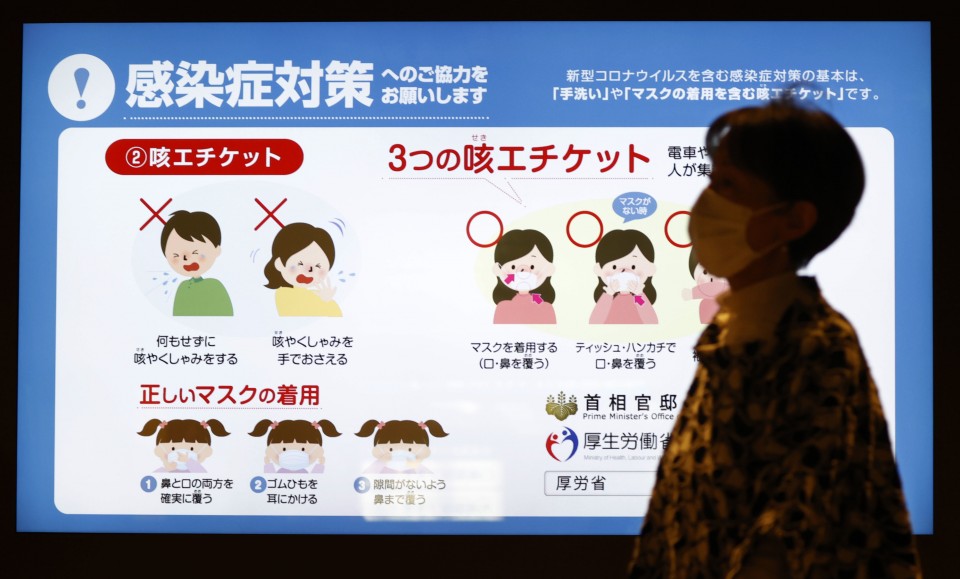 A signboard seen at the entrance of a department store in Sapporo, northern Japan, on Aug. 25, 2021, shows how to take measures against the coronavirus. (Kyodo) ==Kyodo

Around 235.2 billion yen was earmarked to buy the medicines casirivimab and imdevimab, which are administered intravenously in an "antibody cocktail" treatment, Finance Minister Taro Aso told a press conference. The therapy lowers a patient's risk of hospitalization or death, according to overseas clinical trials.

The budgetary measure came two days after Prime Minister Yoshihide Suga told a news conference that the government will respond to "urgent tasks" such as securing enough vaccines and drugs for the antibody cocktail treatment by utilizing the reserve funds. 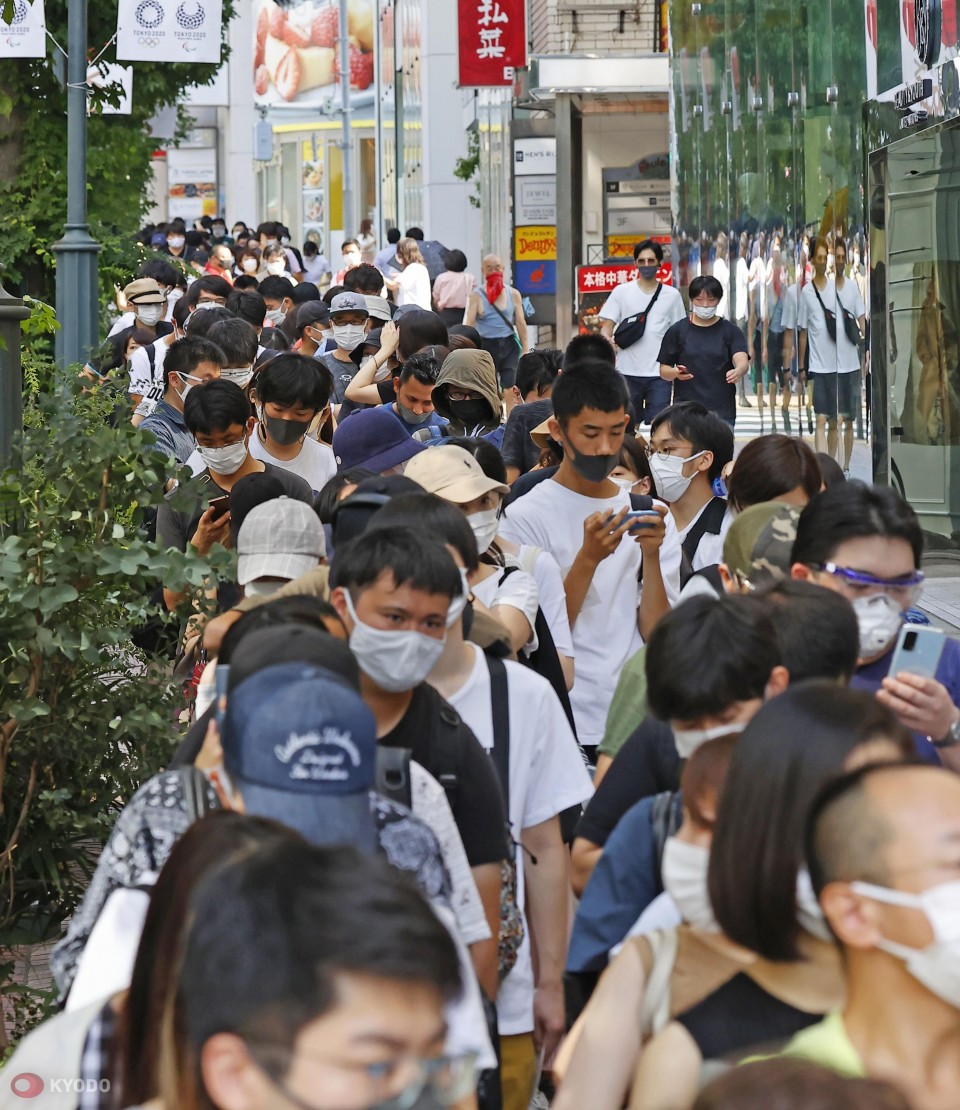 People wait in line in front of a new COVID-19 vacciation site in Tokyo's Shibura Ward on Aug. 27, 2021 that allows those aged between 16 and 39 to be vaccinated without prior reservations. (Kyodo) ==Kyodo

Japan, which lags behind other developed economies in its inoculation drive, aims to finish vaccinating all eligible people in the nation who wish to receive shots "at an early date" in a window of sometime between October and November, Suga has said.

Among other expenses, 154.9 billion yen was set aside for a program providing no-interest loans of up to 200,000 yen per household for those severely affected by the pandemic, following a three-month extension of the measure to the end of November.

To keep supporting businesses that have been forced to furlough employees due to worsening business conditions under the pandemic, 84.1 billion yen was allocated. The measure was due to expire at the end of September, but extended for two months.

Those moves followed the government decision earlier in the month to extend the duration and expand the target areas of its state of emergency over the virus. The measure, which currently covers 21 out of Japan's 47 prefectures, is set to last until Sept. 12.

The government has set aside 5 trillion yen in reserve funds to deal with the pandemic under the 106.6 trillion yen initial budget for fiscal 2021 starting in April. Following Friday's Cabinet approval, some 2.6 trillion yen remains in the funds.