Japan's Naomi Osaka was knocked out in the third round of the Western & Southern Open on Thursday, beaten 3-6, 6-3, 6-3 by Jil Teichmann of Switzerland.

In her first tournament since making a third-round exit at the Tokyo Olympics, Osaka failed to progress to the final eight at the U.S. Open warm-up event played in Cincinnati. 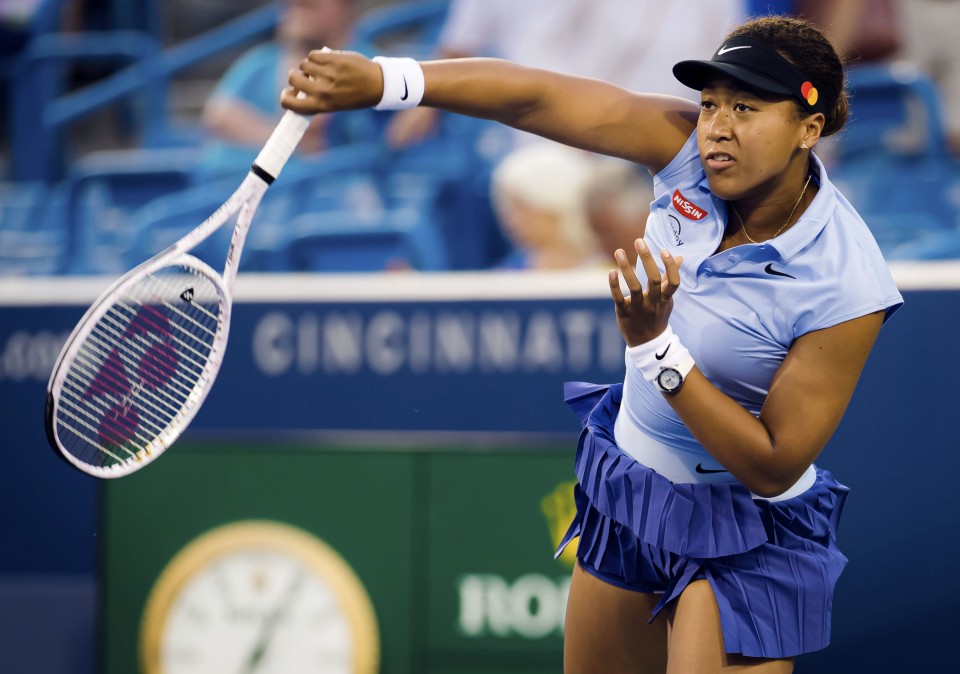 Naomi Osaka is pictured in action during the third round of the Western & Southern Open in Cincinnati, Ohio on Aug 19, 2021. (Kyodo)

Osaka is aiming to defend her title at the year's final Grand Slam starting Aug. 30 in New York.

Osaka came from behind to beat Cori Gauff of the United States in the second round on Wednesday and the world No. 2 had a comfortable first set against Teichmann before things turned sour.

In their first encounter, Osaka had trouble dealing with 76th-ranked left-hander's serve in the second set with her frustration apparent.

Osaka broke first and then held serve to take a two-game lead at the start of the final set, but she lost the next four en route to the defeat that came in just over two hours.