A mother and her two children died and two people were injured Sunday when a house was apparently hit by a mudslide in central Japan, as heavy rain continued to pound wide areas of the country.

A fireman patrolling the area in Okaya, Nagano Prefecture, around 5:30 a.m. called emergency services after seeing the house filled with soil and sand, and people stuck on the second floor. According to the local fire department, five of the eight people in the house at the time were taken to hospital. 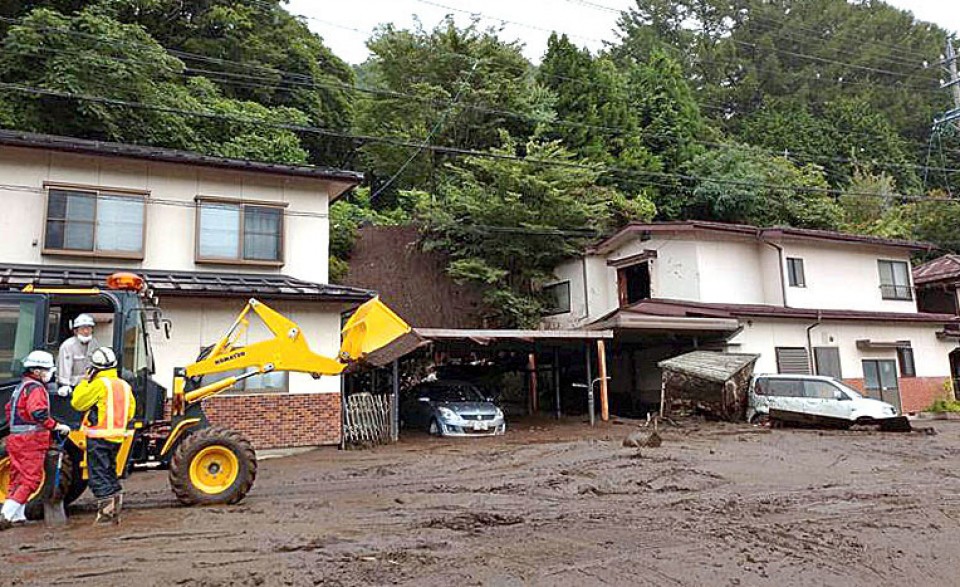 The three, found showing no vital signs and later confirmed dead, were named as Yuki Makibuchi, 41, and her sons Haruki, 12, and Naoki, 7, city officials said.

Another teenage boy and a man in his 40s were taken to hospital with slight injuries after sediment from a mountain behind the house likely hit the second floor.

The city said the mudslide occurred before it issued an evacuation order at 6 a.m., adding it plans to investigate whether the timing of the order was appropriate. In 2006, a mudslide occurred in another part of the city, killing eight people.

Also in Nagano, a road in the village of Otaki caved in due to the heavy rain, stranding 14 people from nine households in one of its districts, the prefectural government said. It plans to rescue them with helicopters as early as Monday after the weather improves.

Torrential rain continued from western to eastern Japan, mainly on the Pacific side, due to a stationary front that is expected to remain parked near the country until Friday.

Local authorities issued alerts at the highest level covering about 1.83 million people in around 830,000 households in seven prefectures at one point, calling on them to take steps to ensure their safety, the Fire and Disaster Management Agency said.

In addition to Nagano Prefecture, the alerts were issued for Chiba near Tokyo, Shimane and Hiroshima in western Japan, as well as Fukuoka, Saga and Nagasaki on the southwestern main island of Kyushu.

In Saga, patients at Juntendo Hospital were moved to the second floor and higher after overflowing water from the nearby Rokkaku River breached the facility.

The land ministry said it had confirmed 44 mudslides in 15 prefectures and 36 overflowing rivers in nine prefectures caused by the heavy rain. There were also increasing reports of damage to train tracks and roads.

The downpour disrupted mobile phone networks in some areas of Fukuoka, Hiroshima, Okayama and Shimane prefectures, with NTT Docomo Inc. and other carriers attributing the disruptions to power outages and equipment failures. 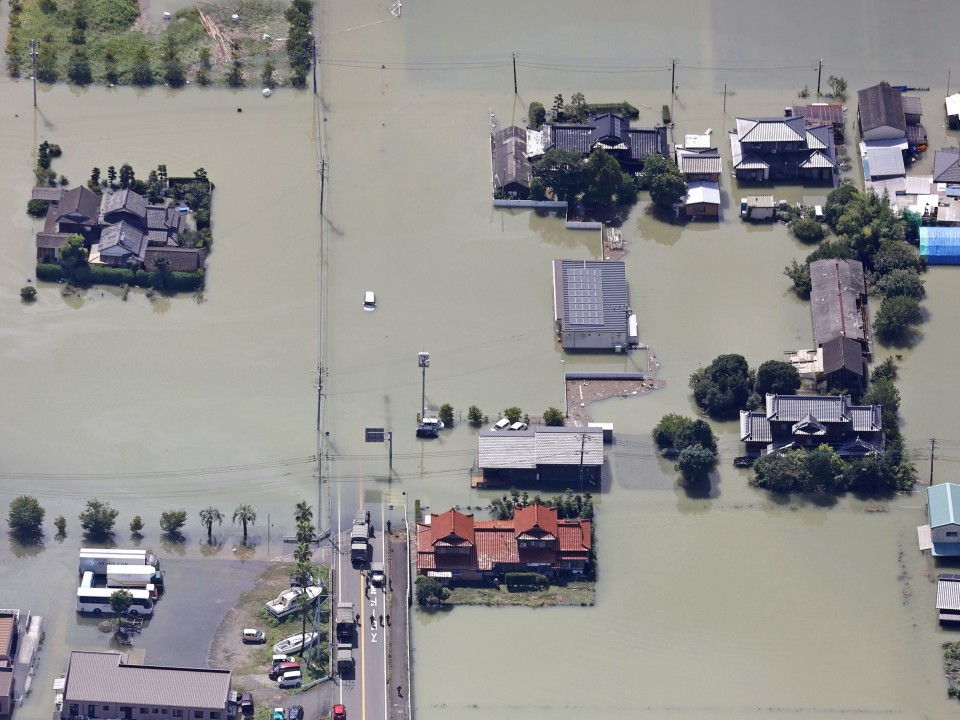