Track cyclist Yumi Kajihara became the first Japanese woman to win an Olympic cycling medal when she won silver in the omnium event on Sunday.

The 24-year-old reigning world champion in the event is the first Japanese to win a medal in track cycling at the Olympics since 2008. American Jennifer Valente won gold. 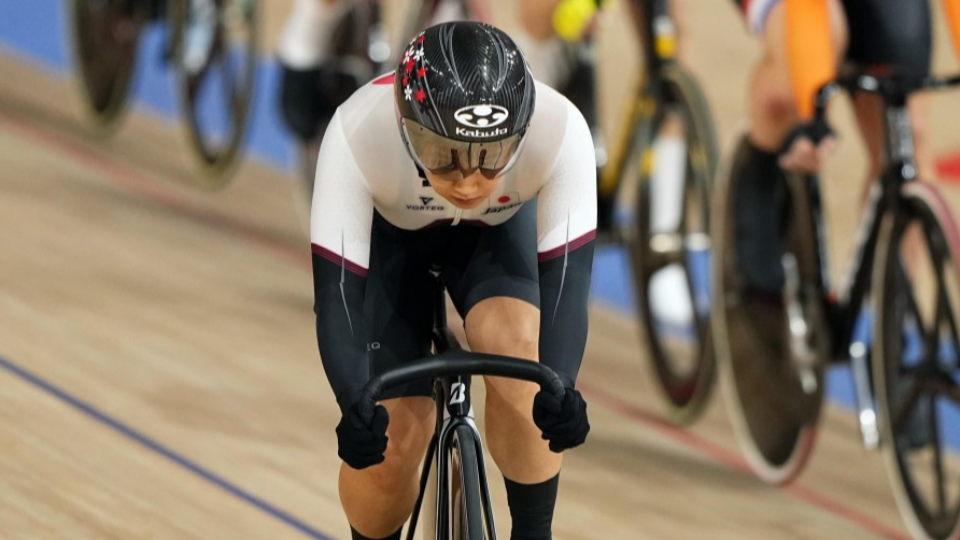 Yumi Kajihara of Japan competes during the women's omnium track cycling event at the Tokyo Olympics on Aug. 8, 2021 in Izu, Shizuoka Prefecture. (Kyodo)

"I am delighted with the medal. This is the result of all the hard work I have put in," said a tearful Kajihara. "I trained hard to this point with the intention of becoming the champion so in that sense I'm really disappointed."

"Every day with my mother I trained to the point of nearly vomiting, that's how hard it was."

In a consistent display, she finished second in the scratch race, fifth in tempo, second in the elimination event and well back in the points race after crashing to score 110 points overall, behind Valente's 124.

The order was established early when Valente pipped the Japanese in the scratch race -- a 30-lap race in which the winner is first over the line.

Then, in the sprint-heavy tempo race, Valente finished third by scoring points in three sprints, while Kajihara just scored points in one to book fifth. Eventual bronze medalist Kirsten Wild of the Netherlands finished second to enter the podium conversation.

Kajihara made up some ground in the elimination race, finishing second with Valente two places behind and Wild well down the pack.

In the points race, Wild and Kajihara had a coming together, leaving the Japanese sliding along the boards, but the order was effectively set with the deficit to gold and bronze unlikely to change from that point.

"I was able to show that Japanese women in omnium can cut it against the world's best," she concluded.

Earlier, Japanese medal hope Yuta Wakimoto was knocked out of the keirin at the semifinal stage. He finished fifth in his semi to miss out on the final, a disappointing result after he looked good in winning his quarterfinal ahead of eventual silver medalist Mohd Azizulhasni Awang of Malaysia. 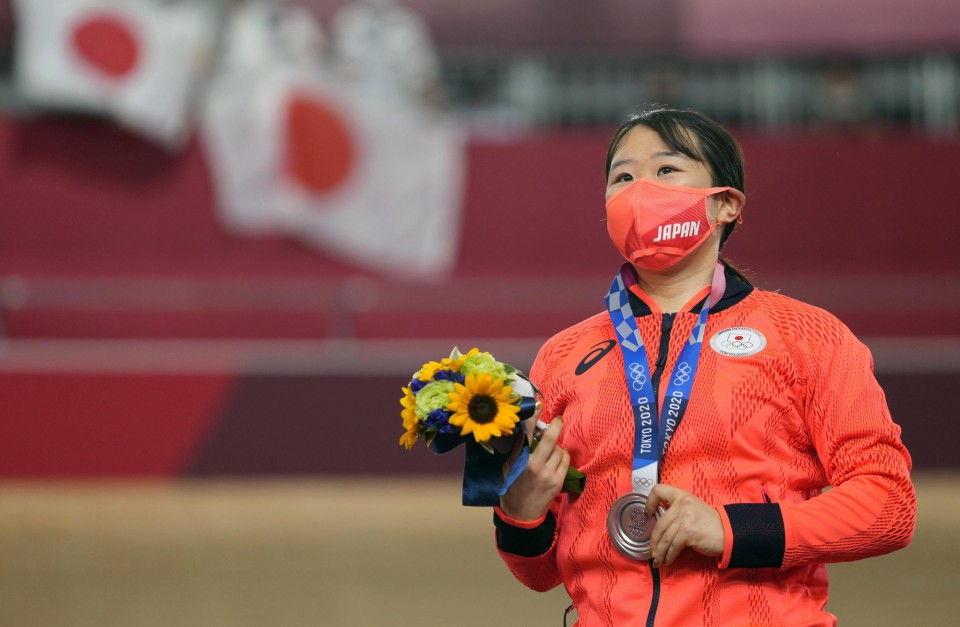 Japanese cyclist Yumi Kajihara poses with her silver medal in the women's omnium at the Tokyo Olympics on Aug. 8, 2021, at Izu Velodrome in Shizuoka Prefecture, central Japan. (Kyodo) ==Kyodo