Takuya Kai singled in the winning run in the 10th inning as Japan came from behind to beat the United States 7-6 on Monday and advance to the Tokyo Olympic baseball semifinals. 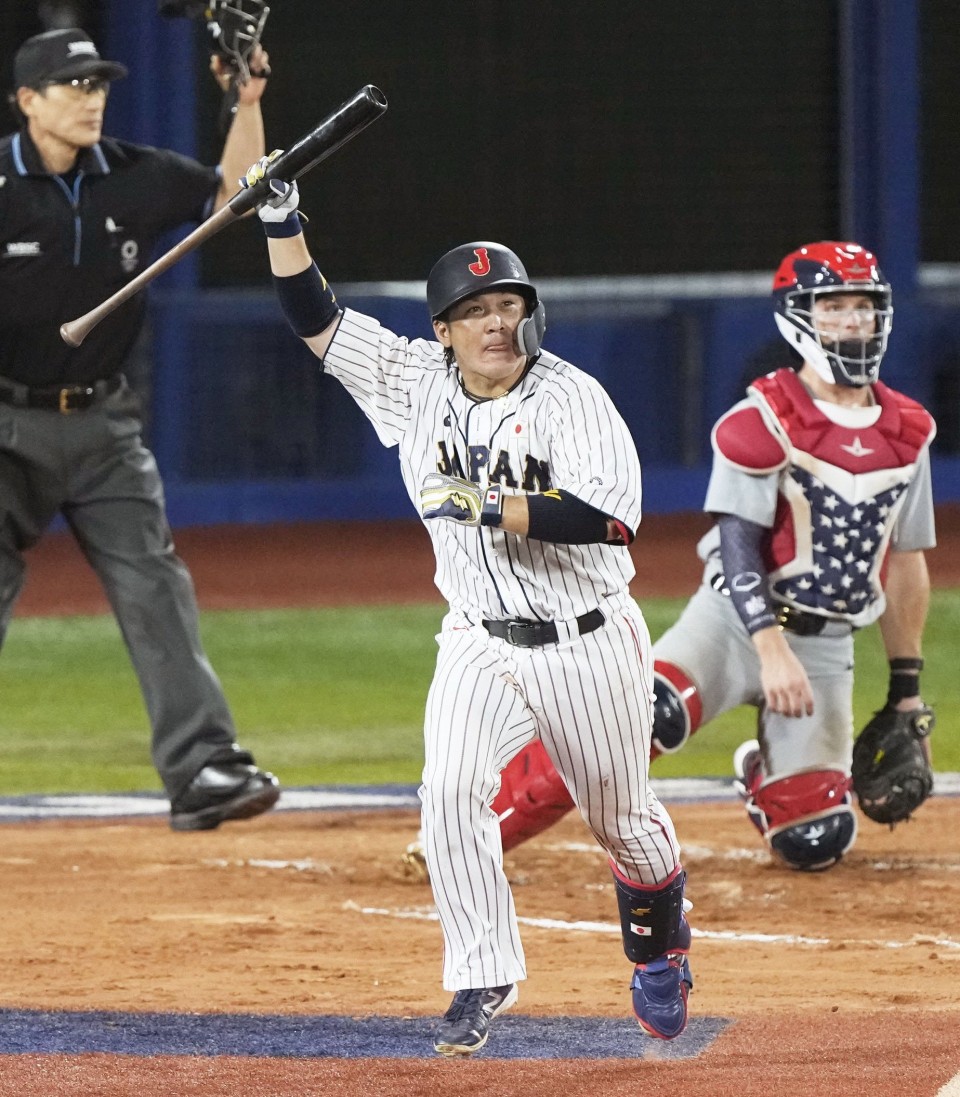 Takuya Kai of Japan runs after singling in the 10th inning of a Tokyo Olympic baseball game against the United States on Aug. 2, 2021, at Yokohama baseball stadium near Tokyo. (Kyodo)

"My teammates gave me a lead and I allowed it to slip away," said Tanaka, a veteran of the last Olympic baseball tournament at the 2008 Beijing Games. "First and foremost, I have to see to my own form. This is frustrating for me, and I want to look forward and prepare for another chance on the mound."

Trailing 6-3 in the fifth after Triston Casas' three-run home run off Koyo Aoyagi, Japan bounced back with two runs in the bottom of the fifth, and tied it in the ninth off right-hander Scott McGough, who pitches in Japan for the Yakult Swallows.

Ryoji Kuribayashi, one of two first-year pros on manager Atsunori Inaba's squad, worked around the two tie-break rule runners who began on base at the start of the 10th to work a scoreless inning and earn the win in relief.

In the bottom of the 10th, Japan sacrificed its two runners to second and third and Kai, who had a crucial ninth-inning squeeze in Japan's tournament-opening win over the Dominican Republic, and three hits against Mexico on Saturday, drilled a pitch to the wall to win it.

"I listened to what manager Inaba told me, made mental adjustments and was set to swing at the first pitch," said Kai, who entered the game as a defensive substitute. "Kuribayashi holding them scoreless allowed us to win."

"But we've got more games, and we have work to do to win the gold medal."

Seiya Suzuki, who walked and scored the tying run in the ninth, homered to open Japan's fifth and start the fight back from a 6-3 deficit.

Japan next faces archrival and defending Olympic champion South Korea in Wednesday's semifinal, while the United States drops into Wednesday's loser bracket quarterfinal, where it will play the winner of Tuesday's game between Israel and the Dominican Republic.