Jamaica's government on Thursday offered a Tokyo Olympic staffer an invitation to the country for helping its gold medalist Hansle Parchment arrive at his venue in time for his race.

Jamaican Tourism Minister Edmund Bartlett thanked Tijana Kawashima Stojkovic during an event held at the country's embassy in Tokyo, and said he is happy to invite her to its famous spots for assisting the Olympian arrive at the National Stadium in time for the semifinals of the men's 110-meter hurdles on Aug. 4. 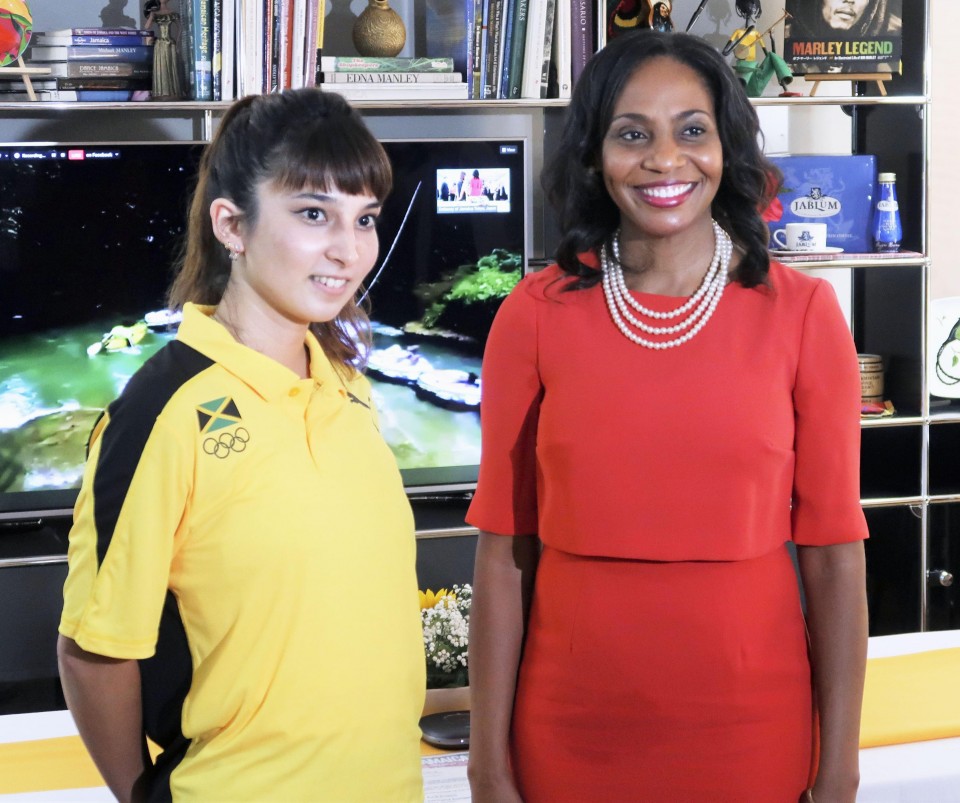 Tijana Kawashima Stojkovic (L) is pictured at the Jamaican embassy in Tokyo on Aug. 19, 2021. (Kyodo)

Stojkovic paid Parchment's taxi fee after the 31-year-old athlete took a wrong bus from the athletes' village and arrived at a different venue before his semifinals.

Parchment won gold the following day, and posted an Instagram video of himself finding Stojkovic and showing her his medal. The video has gone viral with over 1.38 million views, and has made headlines in Japan and abroad.

"Indeed in a world that is often unabated by negatives, it is always refreshing when we experience random acts of kindness," said the tourism minister, who attended the ceremony at the embassy remotely.

"I salute you, Ms. Kawashima, because you'll forever be etched in the hallowed halls of Jamaica's athletic history because you helped the outcome which led to a gold medal," Bartlett said.

Parchment was the only male gold medalist from Jamaica at the Tokyo Olympics, which were held between July 23 and Aug. 8.

"I just did what I can do," Stojkovic said, adding she was overwhelmed with emotion after watching a new video message from the athlete thanking her again.

In the Instagram video dated Aug. 7, Parchment said he took the wrong bus because he was listening to music, and he would have had to return to the village to take another bus to the stadium, located about 9 kilometers away.

He said Stojkovic, who was working at the venue, offered him money to take a taxi, and he even had enough time to warm up before his semifinal race. He went on to beat American heavy favorite Grant Holloway by 0.05 second in a dramatic victory in the finals.

"You were instrumental in me getting to the final that day," Parchment told Stojkovic in the Instagram video when he visited her at the venue at a later date and returned the taxi money.

Jamaican Prime Minister Andrew Holness is among the many people who shared the video on social media. "Every Jamaican knows that gratitude is a must," he wrote. 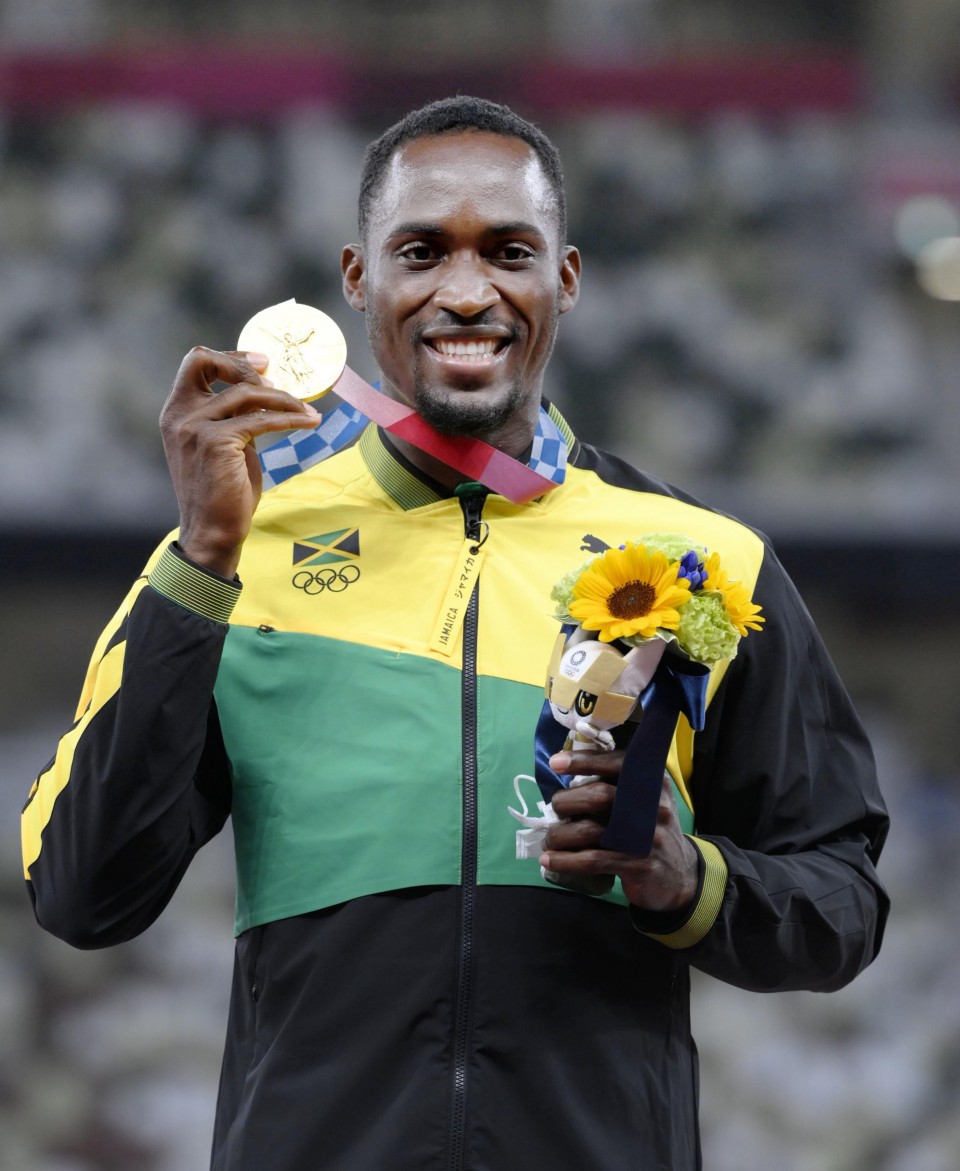 Hansle Parchment of Jamaica poses with his gold medal for the men's 110-meter hurdles at the Tokyo Olympics on Aug. 5, 2021, at the National Stadium in Tokyo. (Kyodo) ==Kyodo