In his Paralympics debut, Karasawa, who lost his vision completely when he was 10, surged hard with a lap to go and scorched past most of the field, but Brazilian Yeltsin Jacques kicked on the final bend to cross the line first in 15 minutes, 13.62 seconds. 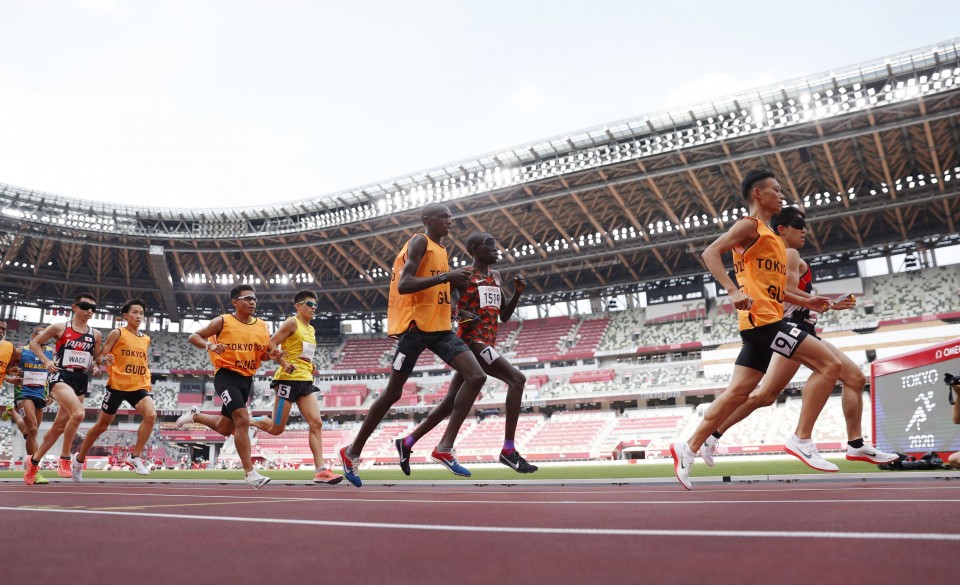 Jacques won the first athletics medal on offer at the Tokyo Paralympics.

Blind runners and their sighted guides are connected by a tether tied around the wrists or held between the fingers. For races that are 5,000 meters or longer, runners are permitted to have two guides who can sub out partway through the race. 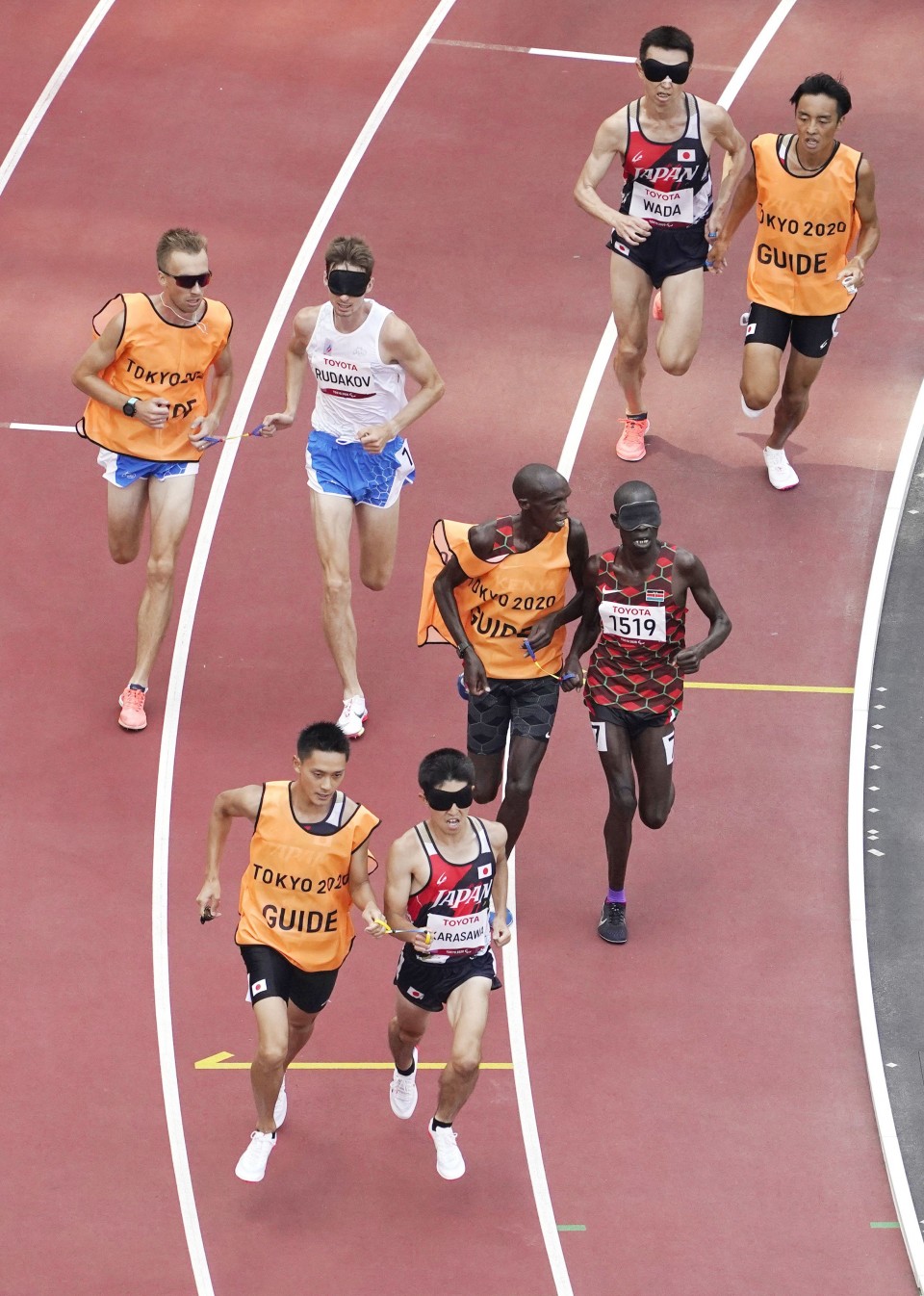 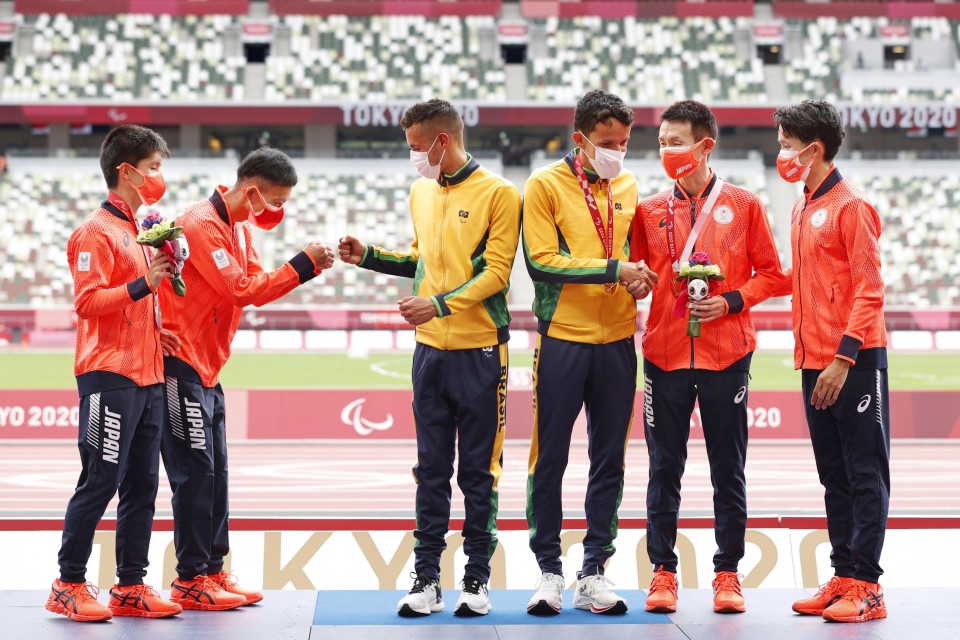 Gold medalist Yeltsin Jacques of Brazil (3rd from R), silver medalist Kenya Karasawa of Japan (far L) and bronze medalist Shinya Wada of Japan (2nd from R) congratulate each other after competing in the T11 final of the men's 5,000 meters at the Tokyo Paralympics on Aug. 27, 2021, at the National Stadium. (Kyodo) ==Kyodo