The total amount of general-account budget requests by Japanese ministries and agencies for fiscal 2022 has hit a record of over 111 trillion yen ($1 trillion) as debt-servicing costs are expected to balloon amid the coronavirus pandemic, a Kyodo News tally found Tuesday.

The calculated figure for the year starting in April topped 110 trillion yen for the first time and 100 trillion yen for the eighth year in a row, also pushed up by record-high social security spending on the back of the nation's rapidly graying population and rising defense costs to meet security challenges posed by China. 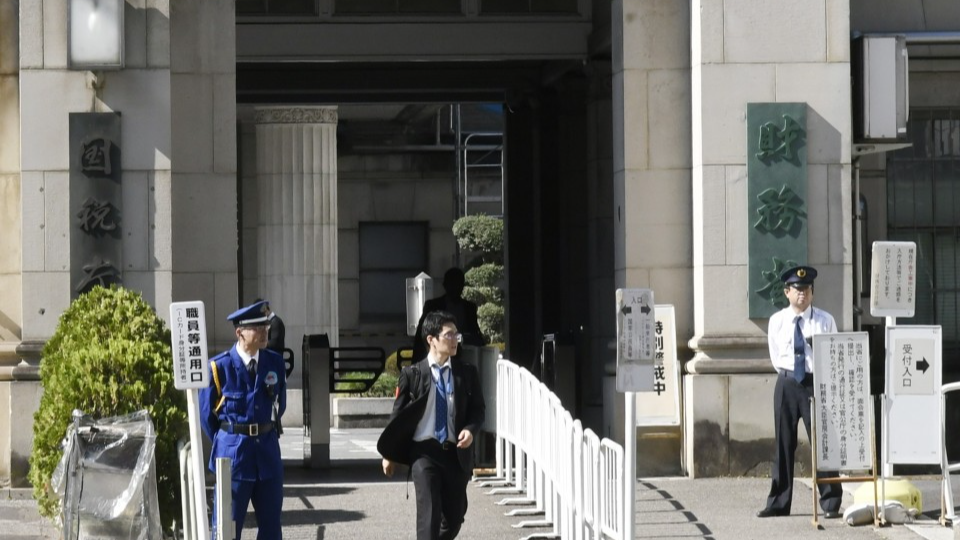 Although much of the planned spending to combat the coronavirus has yet to be included, the total sum sought is larger than the 106.6 trillion yen initial budget for fiscal 2021, which included 5 trillion yen reserved for responding to the pandemic.

After assessing the requests, the Finance Ministry will compile the initial draft budget in December before Diet deliberations.

The latest figure suggests the initial budget for fiscal 2022 could hit an all-time high for the 10th straight year, fueling concern over further deterioration of Japan's fiscal health, already the worst among major economies with debt twice the size of gross domestic product.

"While promoting expenditure reforms, we need to compile a high-quality budget," Finance Minister Taro Aso said at a press conference on Tuesday, the deadline for the requests.

Japan has kept the goal of turning its primary balance -- tax revenue minus expenses other than debt-servicing costs -- into the black by fiscal 2025. But the world's third-largest economy is set to post a primary deficit of more than 20 trillion yen under the fiscal 2021 initial budget, accelerated by the pandemic.

Apparently having in mind a lower house election, which must be held by November, Prime Minister Yoshihide Suga has shown an intention to compile a fresh economic stimulus. The envisioned package could incorporate some projects proposed by ministries with their latest budget requests, and finance them by a supplementary budget for fiscal 2021.

By component, the ministry sought 30.2 trillion yen for interest payments and other debt-servicing outlays, up by over 6 trillion yen from the fiscal 2021 initial budget.

The sharp increase reflected that Japan has issued a large amount of government bonds to finance measures against the pandemic and make up for chronic tax revenue shortfalls.

The Ministry of Health, Labor and Welfare made the highest-ever request of 33.9 trillion yen, the biggest chunk among the requests, as health care and pension expenditures soared by 660.0 billion yen compared to the fiscal 2021 budget. Social security costs have accounted for about a third of an initial budget in recent years.

The Defense Ministry called for 5.4 trillion yen, larger than a record initial budget of 5.3 trillion yen for fiscal 2021. With the aim of beefing up capabilities in new domains and developing new technologies to counter China's growing military presence, the defense spending would rise for the 10th consecutive year.

The defense budget request does not include outlays related to hosting U.S. military bases, which have been about 200 billion yen annually.

The government had set aside special reserves of around 4.4 trillion yen so that ministries and agencies can promote key policies such as decarbonization and digitalization under Suga's green growth strategy, and over 4 trillion yen in total was requested.